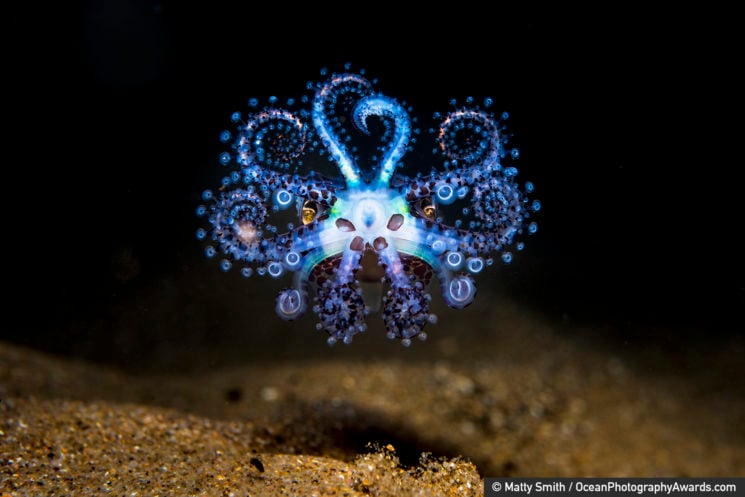 “Show me something I haven’t seen before”. That is the voice of my photography teacher in almost every review session and something that I try to remember every time I take my camera out. It seems to be the mantra of all the winners and finalists of this year’s Ocean Photographer of the Year Awards, proving time and again that we know more about space than we do the oceans of our own planet. 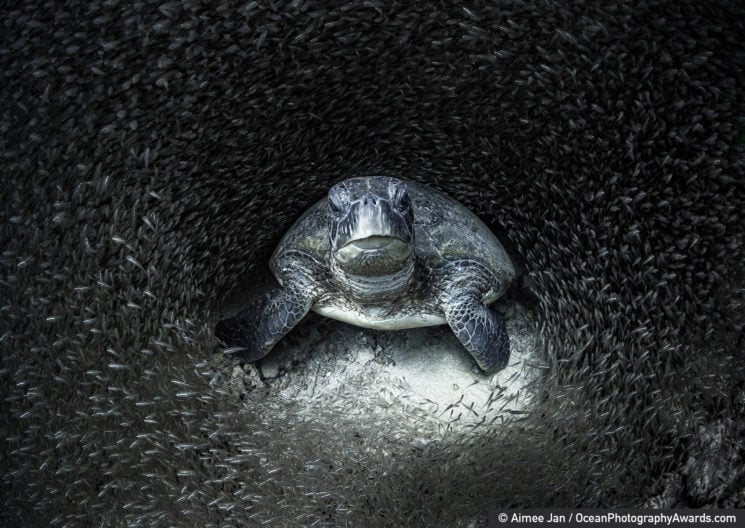 The overall winner of the 2021 competition was won by Aimee Jan with this beautiful image of a green sea turtle surrounded by glass fish was captured on the world-famous Ningaloo Reef in Western Australia. Chosen from thousands of submissions from around the world, it was a unanimous winner amongst the seven world-renowned Ocean Photography Awards judges. “I was out snorkelling when one of my colleagues told me there was a turtle under a ledge in a school of glassfish, about 10 metres down,” says photographer Aimee Jan. “When I dived down to look, the fish separated around the turtle perfectly. I said to her: ‘I think I just took the best photo I have ever taken.” 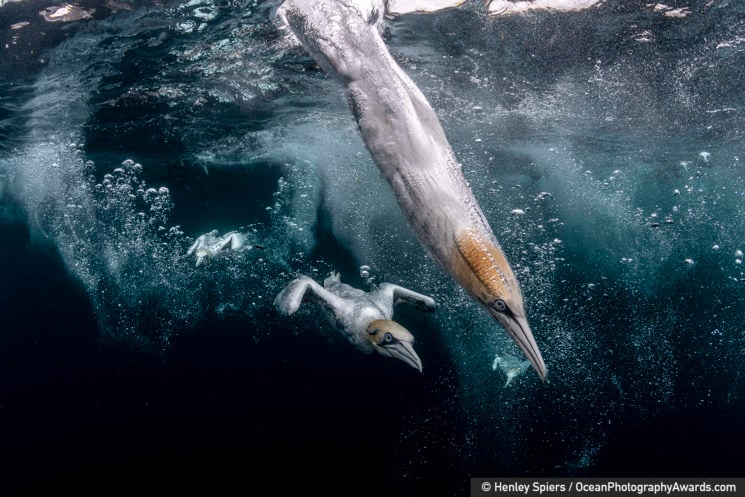 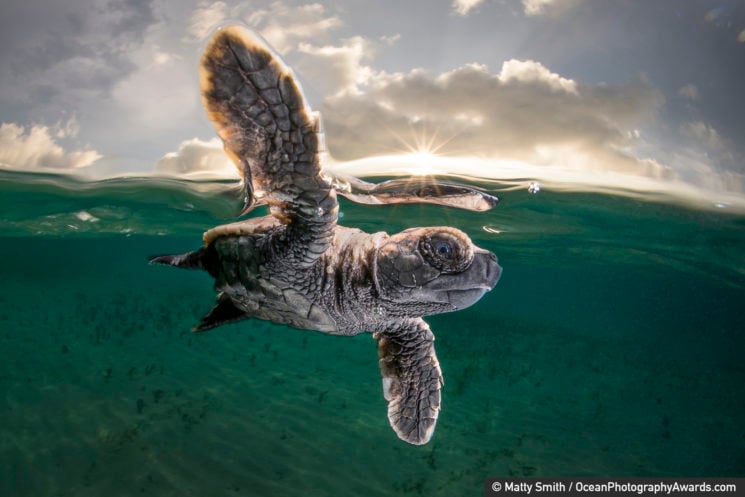 This year has also seen the introduction of the Female Fifty Fathoms Award, a new nomination category designed to celebrate inspiring women in ocean photography. LA-based photographer and biology teacher, Renee Capozzola, has been announced the inaugural winner for her beautiful portfolio of work showing blacktip reef sharks at sunset, green sea turtles and sting rays among others. 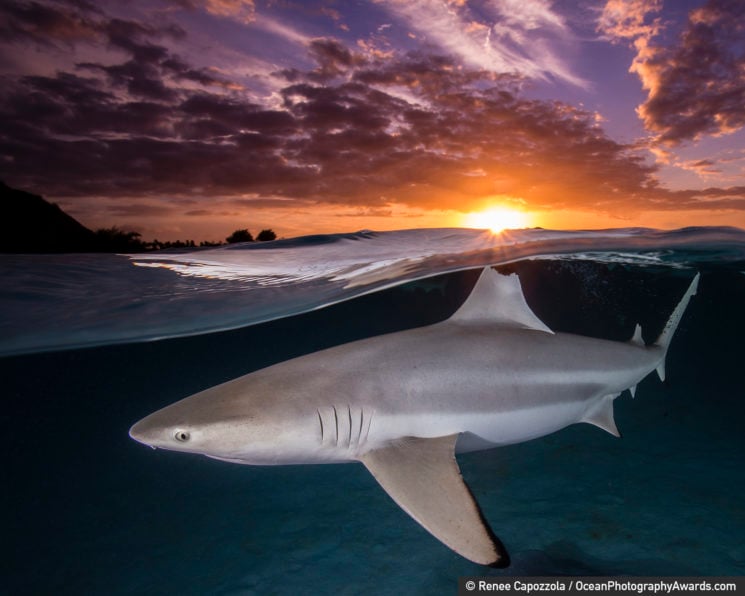 A blacktip reef shark – Carcharhinus melanopterus – lines its dorsal fin up with the setting sun. This over-under is a single in camera image taken in French Polynesia where sharks thrive due to their strong legal protections. 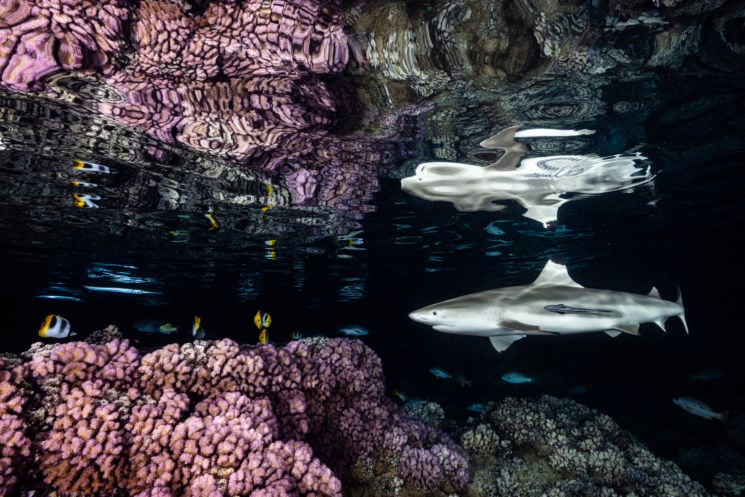 The awards this year have also highlighted the plight of the oceans, with many entries showing the effects of pollution, overfishing and climate change. Perhaps the most pertinent this year is the image by Nicholas Samaras of the sea horse that has anchored itself to a discarded facemask, a reminder that the pandemic has impacted more than just humans. 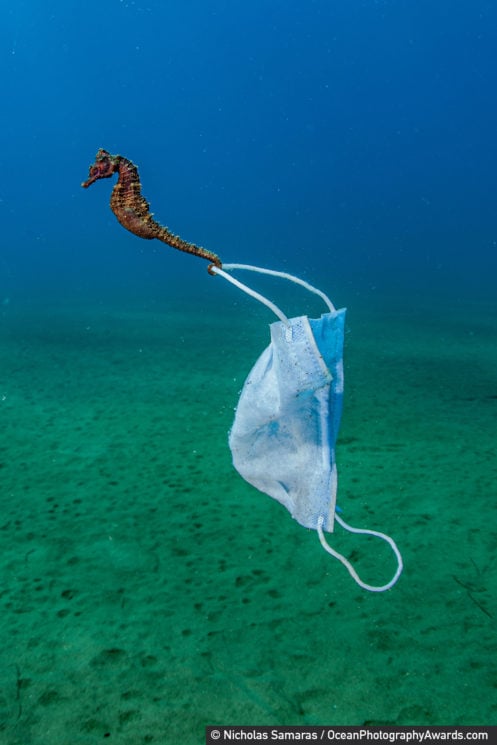 Many of the entries showed the incredible abundance and variety of sea creatures and captivating places showing the adventure of exploring underwater. Here are a few of my favourites from the finalists: 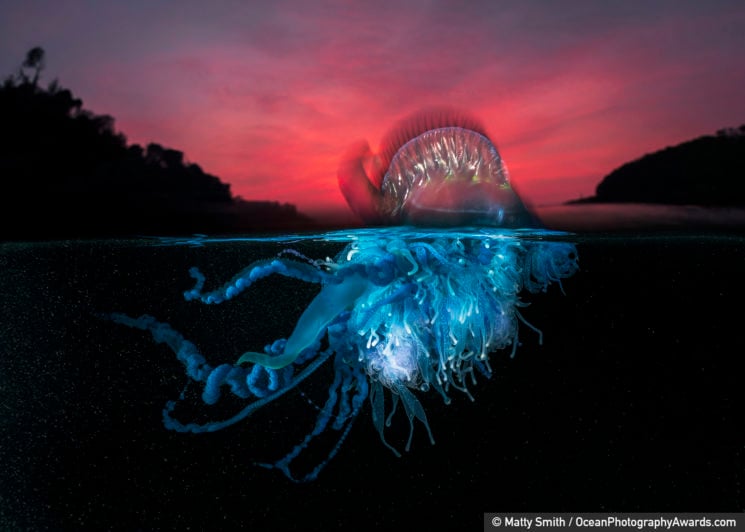 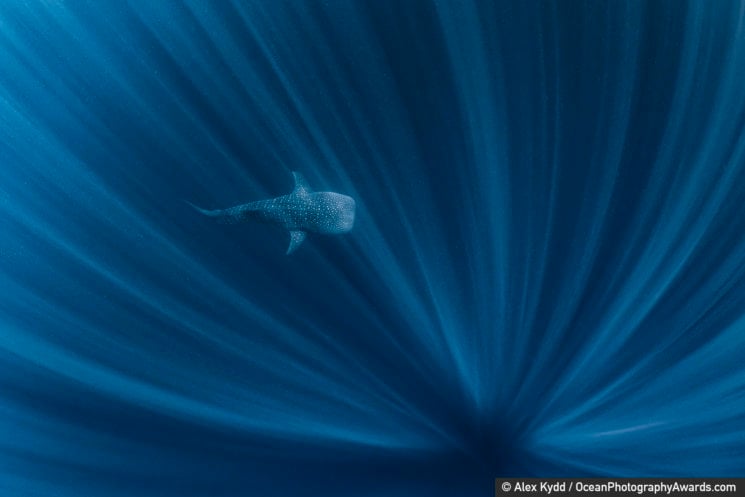 A whale shark swimming in the blue on the Ningaloo Reef, Western Australia. 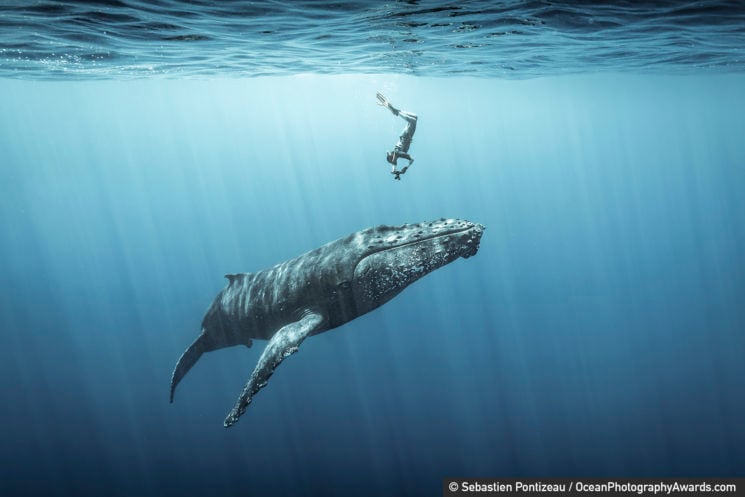 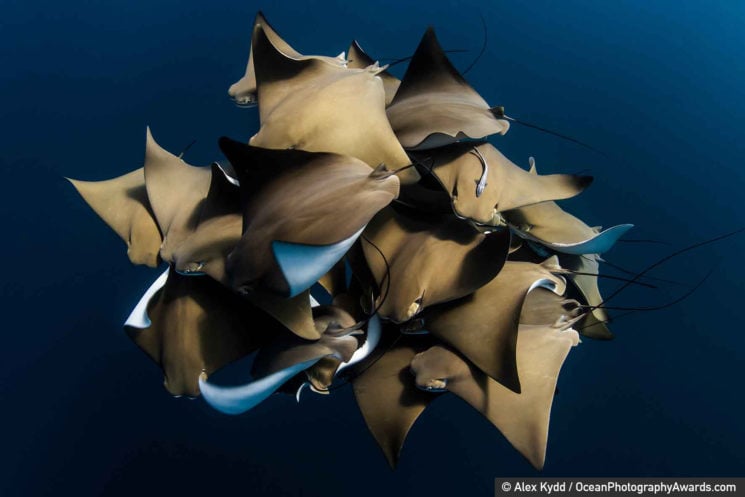 A fever of Cownose rays displaying what is believed to be mating or courtship behaviour. Coral Bay, Western Australia

And of course who could resist these fluffy chicks from the portfolio of Stefan Christmann of Emperor penguins during mating season in the Antarctic that won him first place in the Collective Portfolio Award. 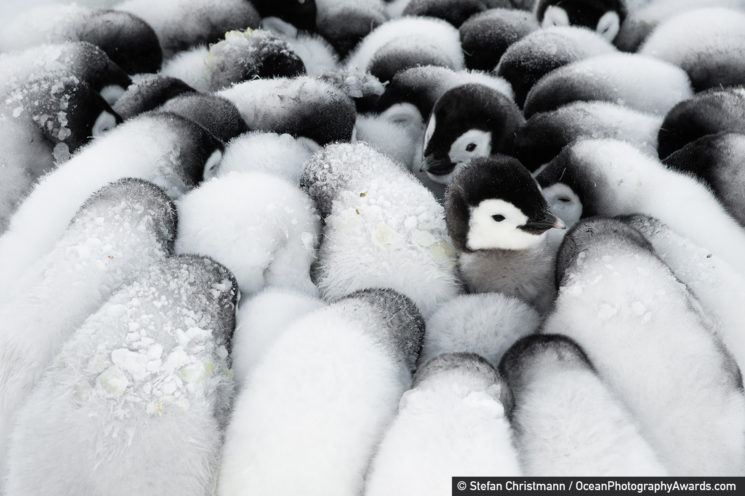 The Ocean Photography Awards has a simple mission: to shine a light on the beauty of the ocean and the
threats it faces, and this year certainly achieved that.

The winning images can be seen at a free, outdoor public exhibition alongside the River Thames, on the Queen’s Walk near Tower Bridge, London, UK between September 17th and October 17th 2021.

Photographer brings iron powder to life in this captivating video