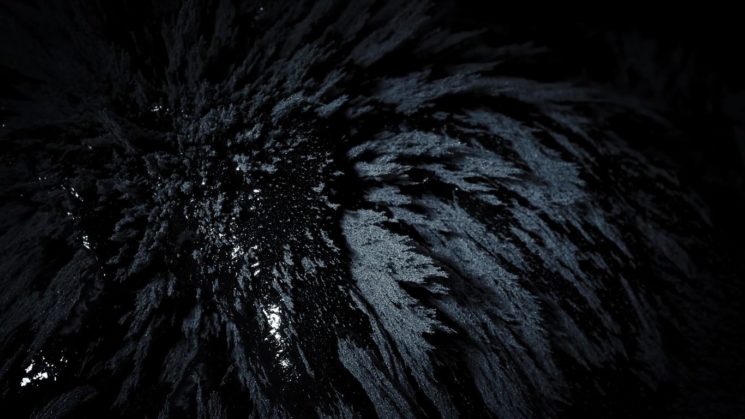 I admire the artists who can make masterpieces from ordinary, everyday things. German photographer and videographer Roman De Giuli is definitely one of them, and his latest video Materiality just blew me away. With some iron powder, good lighting and a camera, he created a mesmerizing video you’ll want to watch again. And again.

As Roman writes on his blog, he got inspired by videos about the magnetic slime. He started thinking about how he could use this material for his project, and the ideas started coming in. So, he bought the materials and started creating his own batches of magnetic slime. As he admits, it took a lot of trial and error before he was pleased with the results.

When he started shooting, Roman discovered it was a challenge lighting the almost black slime. So, he coated it with fine iron powder, which gave him texture and depth. He lit the scene with a 200 W LED fresnel lens with an output of 100,000 Lux. He shot the video on Panasonic GH4, and he writes there were some limitations when it comes to dynamic range. Still, the video turned out to be amazing.

Roman played with slimes of different magnetic properties and added different colors, glitter and lights to them. He played around with the footage in Premiere, and he had a lot to work with. As for the music, he teamed up with a producer Son-J to add the song to this video. And if you ask me, this song is the ideal “final touch” to this trippy video.

I think the iron powder moving under the influence of a magnet is one of those “oddly satisfying” things to watch. I’ve always been captivated by it, and it calms me down when I watch it. In Roman’s video, the movements of iron particles reach a totally new level – the artistic one. And I like this project both as a photographer and as someone who still enjoys playing with magnetic putty. : )