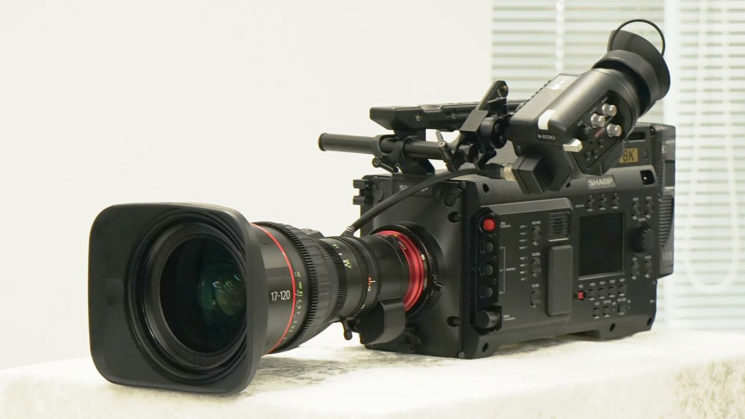 Just when you thought we’d settled on 4K, along comes 8K. Sharp have announced their new 8C-B60A (catchy name) 8K Professional Camcorder, and it will set you back $77,000 if you want one. While RED and Sony have both also released 8K cameras, this seems geared more toward broadcasters rather than cinema. It does sound like quite an impressive camera, though.

It captures 10Bit 8K footage (approx 33MP) at 60fps with a Super 35mm sensor (basically 1.5x crop APS-C). It comes with a custom 2TB SSD pack onto which you can fit a mere 40 minutes of footage.  It features a PL mount, and uses Grass Valley’s HQX codec which reduces file sizes and requires minimal processing to ease storage, transmission and editing. 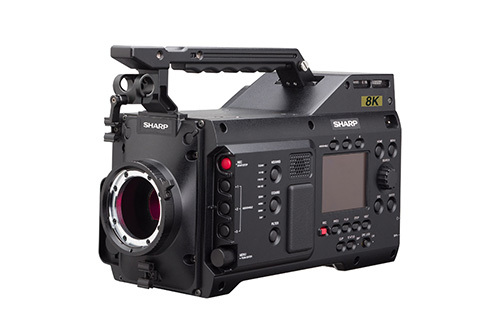 It does look like quite a brutal design. But, this is quite common for cameras aimed at broadcast designed to be mounted on the operator’s shoulder. When I look at the Sony DSR-500 broadcast cameras I was using a decade ago, this one doesn’t really look too dissimilar.

And that’s what makes this camera potentially so important. The RED Helium 8K is aimed squarely at cinema. The Sony can double up for either cinema or broadcast. They’ll trickle down to 4K and 1080p for us at home, while playing 8K in the movie theatre. A camera like the Sharp, though, suggests that 8K may come to broadcast TV sooner than we think, and Sharp do already make 8K TVs. So, the next technological wave may already be upon us. 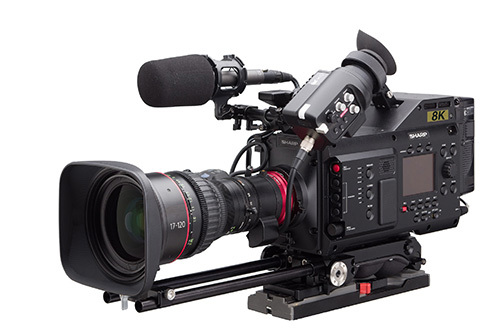 As a broadcast camera, the $77,000 price tag doesn’t seem quite so ludicrous. It’s far more than most of us would spend, but for a broadcasting company worth billions, it’s pocket change.

Personally, I don’t care if the companies do start pushing for 4K broadcast already. The idea of an 8K camera is still very exciting. Even today, many of those who do have the RED Helium 8K are shooting for 4K, or zooming and cropping in post to simulate multiple cameras.

Given the nature of bayer sensors, shooting 8K and scaling to 4K is going to give a better result than simply shooting 4K. Which is exactly the same argument that was used when 4K cameras started popping up before anybody owned a 4K TV. They still produce a better result for 1080p than a 1080p camera.

For anybody in Japan, they’ll be on display at the Sharp booth during the International Broadcast Equipment Expedition 2017 at the Makuhari Messe in Mihama, Chiba, Japan starting tomorrow until the 17th of November. And shipping begins in December if you’re thinking about getting one.

« Photographer brings iron powder to life in this captivating video
Guitarist Brian May posts fan photo to Instagram, gets banned; bashes the fan »