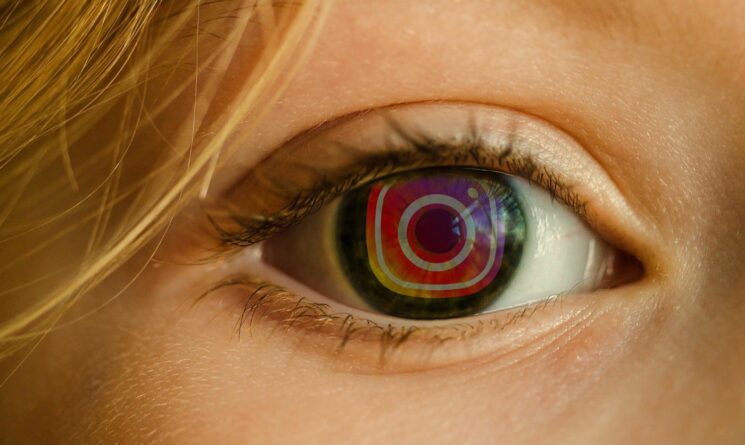 Well, not everybody, but it sure sounded like that this week. You certainly heard two Kardashian sisters, a Change.org petition and high-profile bloggers raising their voices in opposition to Instagram’s shifting to a virtual all-video platform.

It’s all part of the effort for Instagram and sister app Facebook to try and catch onto the success of TikTok, the China based app that has made a huge dent in not just Meta, the owner of Facebook and Instagram, but Google as well.

In terms of photo sharing, how about Instagram instead going back to what it did well, letting folks share photos? That’s the crux of the matter. (How bad is the new video first algorithm? Well, I opened the app Friday and of the first 20 images presented, only three of them didn’t move. The rest were all video. I love video, but it’s not why I signed up for IG. And YouTube does it way better.)

In response to the controversy, Instagram backtracked some of the new moves this week, but the push to video is on, and as anyone who spent time with the app knows, if you post a photo now, few people will see it. If you make a short “Reel,” Instagram’s name for video, hundreds of people will glam onto it, because Instagram is pushing it to them and holding the photos back.

So if you’re like many, and you love the static photograph, you’ve probably wondered where to start (or resume) sharing your stills?

As a public service, let’s once again go through the top options.

More people share photos on the world’s largest social network that anywhere else, even though the resolution is ground down and the algorithm decides what will be seen. Facebook is on the same “we want to be TikTok” push that Instagram is, with more Reels showing in your face, but for right now, less aggressively. Photos still show up in my feed, thank you Meta. But you know the trajectory. If Facebook is your no. 1 home and you want people to see your photos, it’s time to keep looking.

The hot new app (no. 1 on Apple’s iTunes chart Friday) is the anti-Instagram, with no algorithm deciding what you’ll see. But for photographers who actually spend time on their work and want to present it in the best light, BeReal isn’t for them. At certain times of the day, and only then, BeReal alerts you that you have approx. 2 minutes to take an unedited photo from the camera roll and post it. And then once you do, it looks ultra-weird, a combination of what your front and back camera sees. 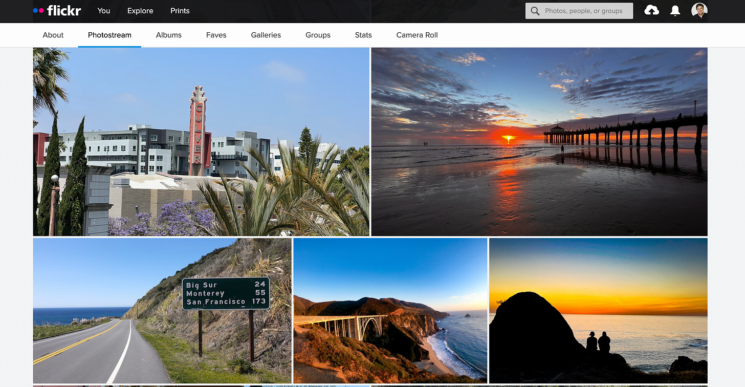 One of the first homes for showcasing photos on the Web is still at it, and if you haven’t posted there in awhile, it’s time to take another look. Photos are showcased to look great, ad-free and best of all, you won’t see men and women doing silly stunts like jumping off cliffs, dressing in few clothes and other clickbaity Instagram Reels things to get views, just good ol’ classic photos. Flickr is free for posting of up to 1,000 photos; or $72 yearly, with unlimited storage. (Apple and Google charge $99 yearly for storage of 2 terabytes.)

The interface is crappy, but if you’re looking to post family or fine photos and to share them with select groups or the world, Amazon has the best deal—if you’re a member of the Prime expedited shipping and entertainment service. Amazon offers unlimited uploads of photos for free (but not videos.) Another nice perk: you get automated uploads of everything you shoot on your phones sent to the Amazon Photos app—but you’ll need to create albums to sort through them and figure out where everything is. 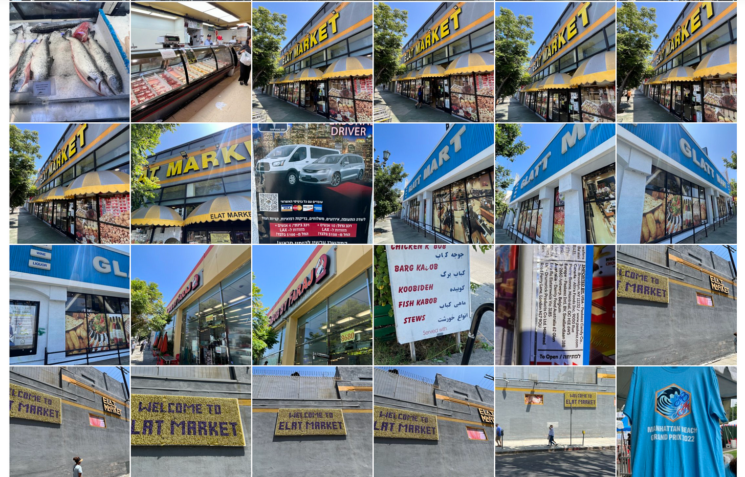 The no. 1 photo app for Android phones (and wildly popular on iPhones) used to have free, unlimited storage until a change in 2020 that charges, in fees that also affect your Gmail. Google Photos has great search, but your deal is with the devil. Every photo you upload gives Google another opportunity to learn more about you—where you go, who you spend time with, etc. For the $99 yearly (which you’ll need for uploading without watching your Gmail fill up), I’d rather spend it elsewhere. Yes, Amazon is watching over you too, but the app option is a free one.

The same family run company that owns Flickr is also behind SmugMug, and it’s where I go as the primary place to share and store my photos. Plans start at $75 yearly with unlimited uploads, the photos look great, can be shared easily and are ad-free. If photographers want to sell prints from the site, they’ll have to pay considerably more: starting at $225 yearly. (Full disclosure: SmugMug recently sponsored the Highway 1 series of PhotowalksTV episodes, but I’ve also been a happy member for years.)

This is a place many wouldn’t normally think of for photo sharing (full disclosure: Flipboard is sponsoring the current season of Photowalks shows) but it’s worth a free look. On Flipboard, best known as an app for reading curated, personalized news and interests, the founders are encouraging users to experiment with creating “magazines,” and posting their photos there. It’s a different way of photo sharing, where you create a topic, say, “Chinatown, San Francisco” and insert photos and captions, along with say, restaurant reviews and web links into one place, for a fuller picture. Like on social media, we’re encouraged to leave comments as well, and build a community. Without an algorithm deciding who can see your images. Check out my Photowalkers magazine on Flipboard and let me know what you think.

Readers of this newsletter know I’m not a fan of iCloud for various reasons. Most notably the nag messages that urge you to pay for more storage and to make room by deleting photos. Then once you do, the photo gets deleted from both your phone/iPad and iCloud at the same time, because iCloud backs up everything on your devices. And when it leaves one place, it leaves everywhere. (This is a weird quirk that drives people crazy.) I almost didn’t include iCloud here, because it’s really not built for social sharing, but private one to one, or multiple members of a family or friend’s circle. For those purposes, it’s fine, just don’t expect all your followers to be able to see your latest masterpiece. And be careful when you delete!

What’s old is new again. Nothing beats writing a post and filling it with great looking photos. SmugMug gets first pass at my photos, and I double up here with the newsletter. When it comes to blogging software, Substack is the easiest and prettiest I’ve come across, so preferable to WordPress. And it beats social media because I’m both writing directly to my followers, and also able to showcase the edition on the Web.

What’s your best Instagram alternative? Let me hear from you in the comments.

I hate Google Photos, but I fear I won’t be able to live without it