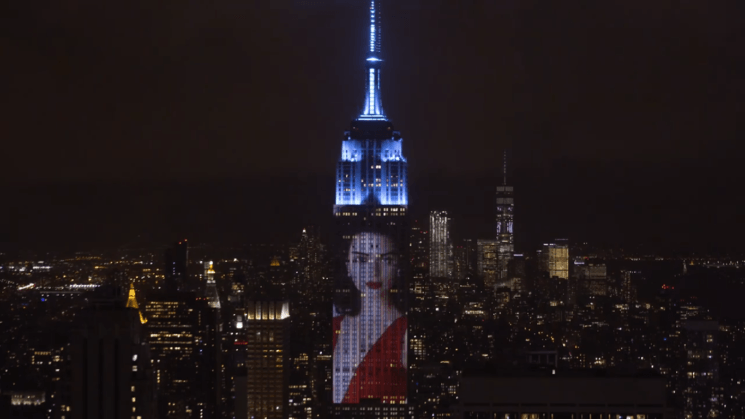 On Wednesday, April 19, Harper’s BAZAAR celebrated their 150th birthday. As it suits a birthday party of such a high-end fashion magazine, they threw quite a spectacle. They projected 150 of their most iconic images on the Empire State Building. In partnership with Tiffany & Co., the magazine’s glossy pages turned into sky-high projections and threw a memorable show for all the viewers.

In celebration of our 150th birthday, we projected 150 of the most iconic images from the pages of Harper’s BAZAAR on the Empire State Building with help from our friends at Tiffany & Co. last night. Join us in celebrating 150 years of the magazine and honoring the history of women, fashion and New York City by commenting with your favorite Harper’s BAZAAR memory, article or photo. #BAZAAR150 #BAZAAR150xTiffany

From classic divas like Elizabeth Taylor and Audrey Hepburn to modern day stars like Lady gaga and Rihanna, the exhibition featured 150 most memorable photos from the magazine. I’m sure everyone who was there enjoyed the show, but it was probably the most interesting for photographers and fashion lovers. One of the photographers who captured the event was Kenny Rodriguez, and you can check out a few of his photos below:

In case you missed the spectacle, Harper’s BAZAAR published the full video on their Facebook page, and you can also find it embedded above and see what it looked like.