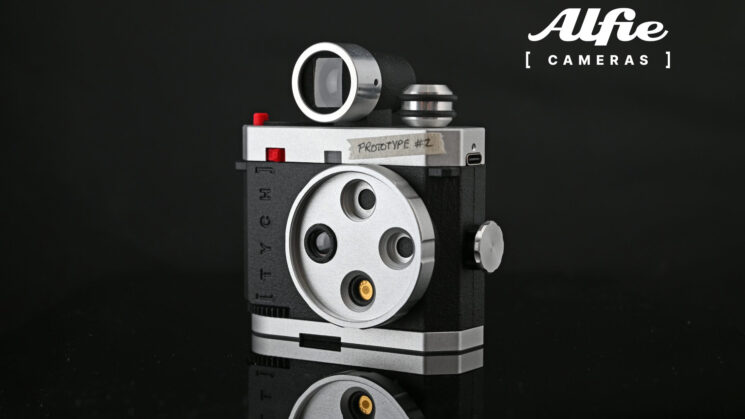 If you’re into film photography and you like to experiment, Alfie Cameras has a real treat for you. The company is calling for beta testers for TYCH, its new half-frame 35mm film camera that wants to reinvent film photography.

While the concept of half-frame cameras certainly isn’t new, TYCH does offer some unique, creative features such as multiple built-in lenses. And ahead of the Kickstarter launch in September, Alfie Cameras wants you to help with the testing.

The man behind Alfie Cameras is Dave Faulkner, who founded and self-funded the business. He named it after his son Alfie, and he named the TICH camera playing with the word “diptych.” Because after all, that’s basically what you get when shooting with a half-frame camera like this. Each photo is half the size, but you get more than 72 photos per a roll of film. 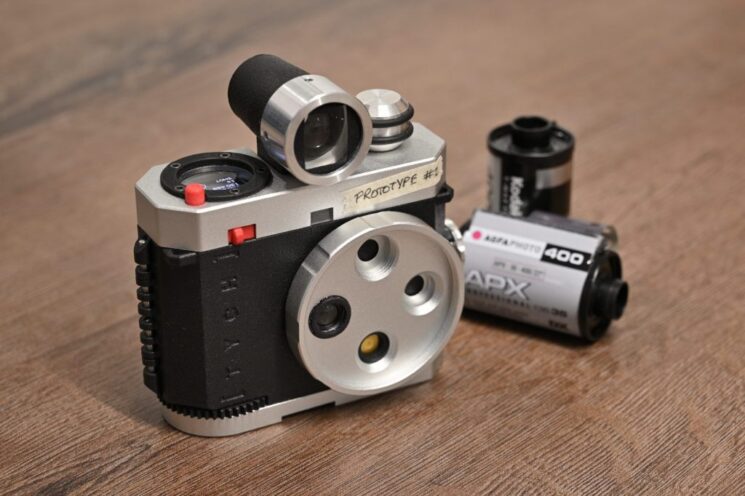 Speaking with 35mmc, Dave revealed some details TYCH: from the very idea to launch plans. In the early stages, Dave used Nikon DX shutters. But later, he switched to micro shutters that are not only cheaper but also near silent when shooting. Dave drew inspiration from an Olympus Pen half-frame camera. As a matter of fact, he added a feature it was missing: manual controls, giving the user larger flexibility.

Speaking of flexibility, TYCH’s lenses also play a part here. You can choose between a pinhole lens, an f/8 meniscus lens, and a Zone Sieve lens. All there are built-in and made using different technologies. After exploring different options, Dave decided on photo etching to make the pinhole lenses. He repurposed meniscus lenses from disposable cameras sourced from Analogue Wonderland, the Kodak Funsaver being the best option.

The Zone Sieve lens was the most complex one to make. “Zone Sieve lenses are created so that light waves interfere with each other giving the images a rather dreamy look,” Dave explains.

“First, the lens design has to be created to be a specific pattern that will achieve the desired look. Then it is photographed with panchromatic film with deep blacks. The most important part is getting the scaling right. This film is then used as the lens and acts like a filter.”

Dave even plans on making a fourth lens, as there’s space for it. Dave hopes that it will be made from glass optics, but that’s yet to be figured out. 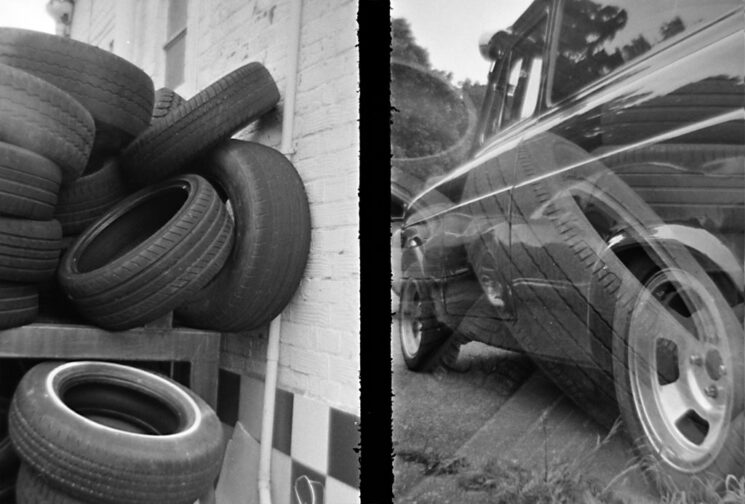 Alfie Cameras plans to launch a Kickstarter campaign for TYCH this September. But before that, you can apply for beta testing and help to fine-tune the camera. “Beta testers will be asked to provide feedback on the camera and help refine the product details ahead of the official launch,” Dave writes. If you are interested, you can register your details on the Alfie Cameras website.

« No, this is not a Canon EOS R5 mirrorless camera – It’s a robot in disguise
Photographer captures all of the sun’s colors in this mesmerizing composite »