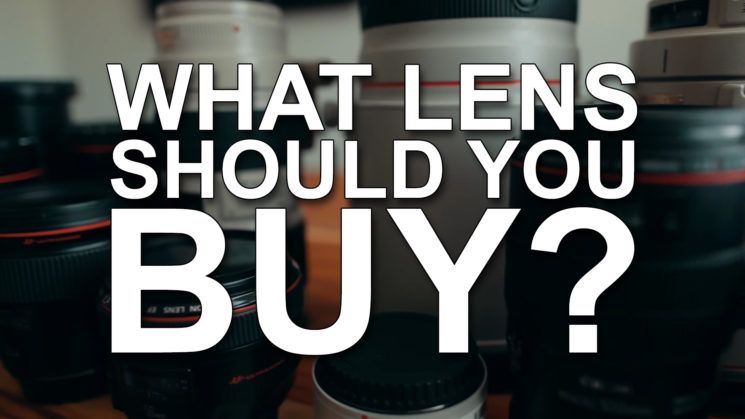 Which lens to buy next is the biggest issue facing many new photographers. You’ve got your camera and kit lens, but you’re not getting what you want. So, you want a “better lens”. Of course, just as with buying a new camera, buying a new lens isn’t going to make you a better photographer. You still have to learn what you’re doing. But, when you get to that point, how do you decide where to expand your lens selection?

This 14 minute video from photographer Peter McKinnon goes through the ins and outs of different lenses. Peter shoots Canon, so the lenses he has are also for Canon. But his advice holds true regardless of the brand you use. Peter talks about the three main points of picking any new lens. The focal length, the aperture, and the intended use of the lens.

Peter breaks your choice down into three questions should ask yourself before choosing any lens.

I’d add a fourth question to that. What can’t I do with my current lenses? Because there’s really not much point going out and buying a lens, any lens, if you can already do it with what you have. Well, not unless you’re shooting multiple cameras simultaneously for something like timelapse or video.

Despite showing lots of expensive Canon L lenses, Peter’s purpose isn’t to stir up the “pro glass vs cheap lenses” argument. That being said, he does make some very good points about higher end lenses. For a start, they’re generally optically superior, which is going to result in better shots. But they also hold their value extremely well.

Inexpensive lenses might save you some money on the initial purpose price, but they’re usually updated every 2-3 years with newer tech, meaning your lens loses pretty much all its value. In fact, Nikon released new 18-55mm f/3.5-5.6 lenses in 2005, 2006 and 2007. There was a bit of a gap for the next one, but then it was refreshed in 2014. Then again in 2016 when they released two versions of the same lens (one with VR and one without). That’s six versions of essentially the same lens in 11 years.

Higher end glass doesn’t go through iterations anywhere near as often. So, they hold their value for much longer.

They’re also generally more durable and last a lot longer, too. I’ve had cheap lenses from Nikon, Tamron and Tokina that broke within a couple of years of use. My 70-200mm f/2.8VR, on the other hand, is still going strong after 10 years of regular use. My 300mm f/4 AF-S still operates like new after almost 15 years. So, in the long term, they can actually work out cheaper than the less expensive options.

But, I do still occasionally use slow cheap zooms, and f/1.8 primes, too, over the faster, higher end alternatives. It’s not always about having the most expensive lens. Just about having the right lens for the task.

So, if you’ve been contemplating your next lens purchase, Peter’s advice should help to arm you with a little more info. Hopefully it’ll stop you wasting money on lenses you don’t need, too.

Poll: My Next Gear Purchase Will Be …

Canon Set To Take Over Video Surveillance Industry With A $2.8 Billion Purchase

« Sandbags 101 – types of sandbags and how to use them properly
The BBC used IR RED, thermal imaging and Sony A7S cameras to get night shots for Planet Earth 2 »