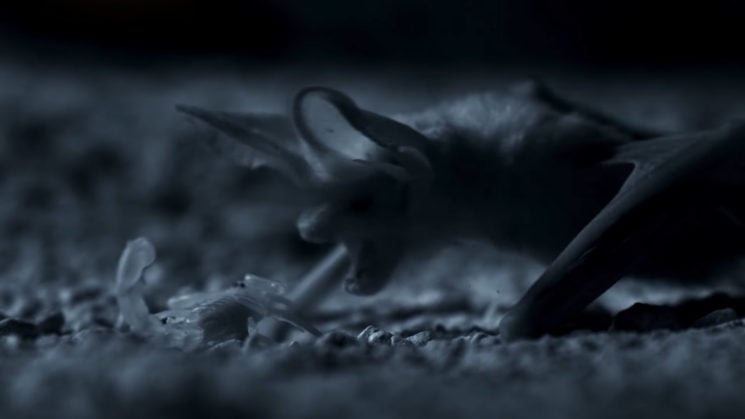 The BBC is renowned for its stunning wildlife sequences. Every time they release a new wildlife series, especially one narrated by David Attenborough, the visuals are stunning. We are shown wildlife in a way we’ve never seen before. They use or invent technology that hadn’t even existed just a few years earlier. They really are on the bleeding edge of what one can achieve.

In their recently released Planet Earth 2, the crew were able to get shots that had previously been impossible by utilising new technology. Thanks to advances in thermal imaging technology, modified RED cameras, and the Sony A7S, they were able to get night time wildlife shots like nobody had ever seen before.

Some of the comparisons showing similar sequences 20 years apart really show the advancements technology has made. Today, readily available cameras, like the Sony A7S, vastly outperform rigs costing tens of thousands of dollars a couple of decades ago. The difference in detail, tone and noise is striking. 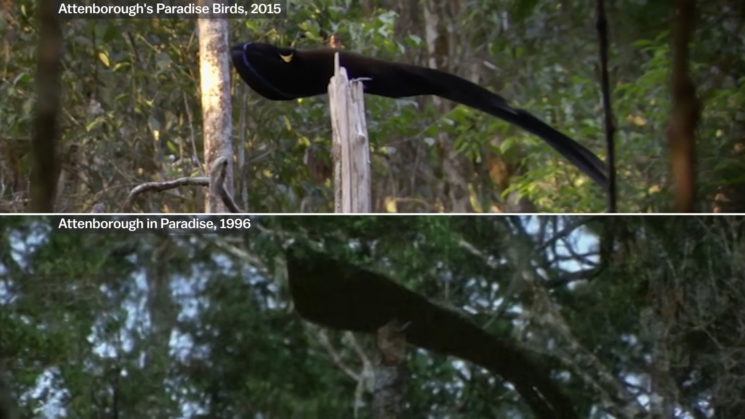 But where you really see the difference is in the night shots. Shooting wildlife at night has always been notoriously difficult. Mostly due to the obvious, it’s dark. In the days of film, ISO performance just wasn’t that great. High ISO film was just too grainy. It’d give you the basic idea, but you couldn’t really see the detail and quality.

So, they resorted to using artificial lights, which isn’t an ideal solution. They can be cumbersome to use, and the wildlife react to them immediately, so their behaviour isn’t exactly natural. Many animals that come out at night do so to avoid the light. So, as soon as you bring out a lantern or spotlight, they panic and hide. Sometimes it can take many months to “train” wildlife to accept lights and behave naturally in front of them. Which is what they did with this bat sequence during the filming of Life in 2009.

Even since 2009, though, low light camera technology has come a very long way. Technology that is essential for us to see certain species. Like this bioluminescent railroad worm. This was filmed for Planet Earth II in 2016 thanks to the Sony A7S. As the bug itself glows, lighting it externally simply wouldn’t have worked as the light source is the creature itself. 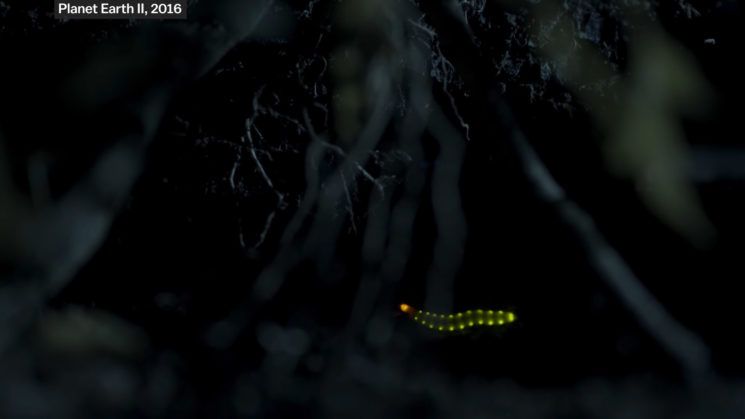 Shots like this simply weren’t possible in the past. Either the ISO simply didn’t go high enough, or if it did, there was far too much noise to produce usable footage.

Some of the techniques have remained the same. For example, using infrared cameras with infrared lights. The light is invisible to humans and many animals. But it allows an infrared sensitive camera to “see” in the dark. The advancement here is in the resolution and capability of the cameras. The crew used modified 5K RED DRAGON cameras to get high resolution slow motion sequences at night.

Thermal imaging, too, has come a long way. Instead of the Predator vision style rainbow of colours we might’ve seen in the past, we now see a greyscale image. And this new breed of thermal imaging camera can resolve a lot of detail, even in pitch blackness. 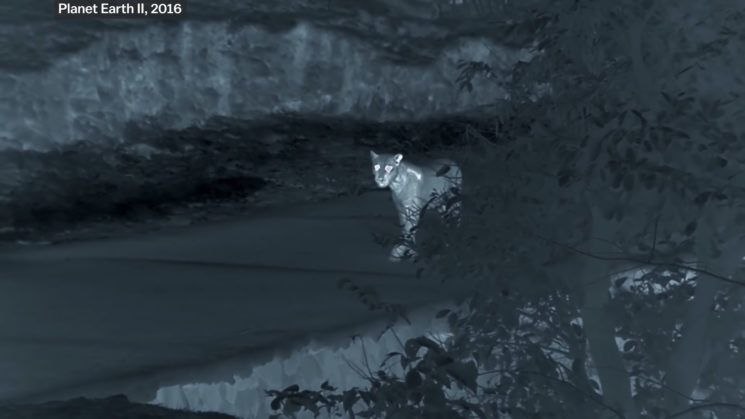 It may not exactly be photorealistic, but it offers an amazing glimpse into the life and habits of some amazing animals. Sights we wouldn’t have been able to observe at all in the past.

Seeing how far imaging technology has come just in the last decade is quite amazing. And I for one can’t wait to see what we’ll be able to do with the camera technology of 2026.

BBC admits they faked some scenes in Human Planet documentary