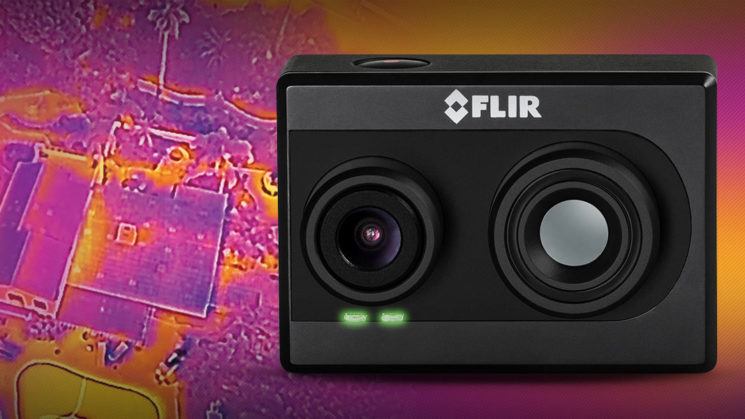 It’s getting pretty hard to innovate with action cameras these days. They pretty much already have all the features most users could ever need now. The only real way to go up now is to improve the quality. Better picture, better dynamic range, better sound, less compression, and so on. The folks at FLIR, though, have very different ideas.

They’ve just announced the new FLIR Duo, FLIR’s entry into the action camera world. What’s so special about it? Well, as well as having a regular 1080p video sensor, it also contains a Lepton thermal imaging sensor. That’s right, this little action camera can see heat. Your drone can now literally become the Predator, and it even has video output for streaming with FPV systems. 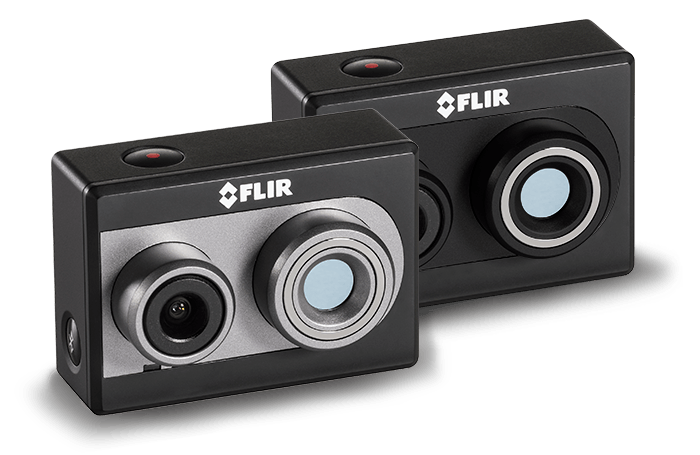 You might want to hold off on ordering one just yet, though. They’re not cheap. Priced at $999 and $1,299 for the Duo and Duo R, respectively, they’re not exactly aimed at casual flyers. They’re designed for drones, rather than to be worn. So, they’re able to do things like monitor wildfires and wildlife. Or keep track of fleeing criminals attempting to hide in somebody’s back yard. 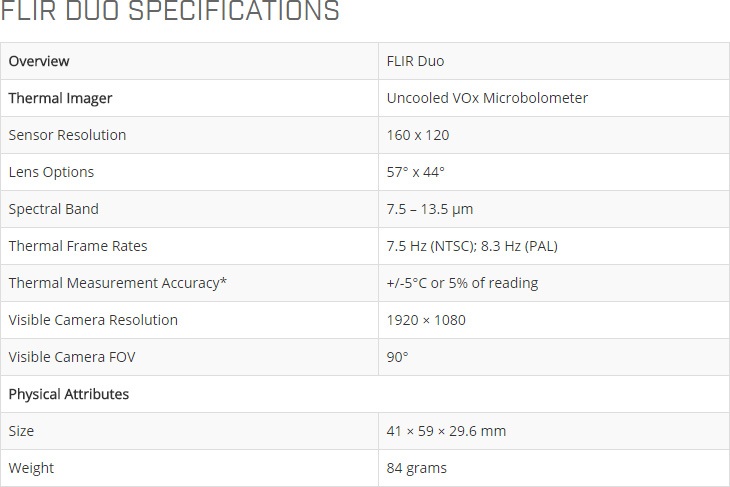 The cable that comes supplied with the Duo kind of reinforces this. 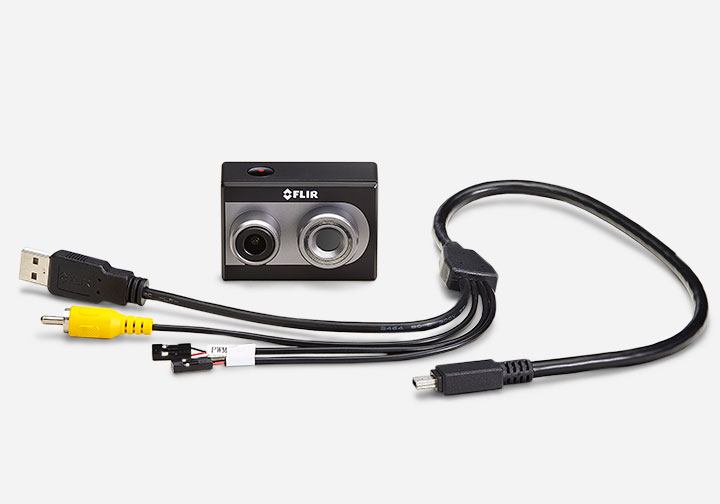 Yellow plugs are typically used for standard composite video output. This would go into the FPV transmitter so that the operator can see what the camera sees from the ground. The two 2-pin plugs are probably for remote control. The camera supports PWM inputs for remote control, so you could easily hook these into a couple of ports on your drone’s receiver or flight controller. I would imagine, then, that you could switch between visible and thermal cameras simply by flicking a switch on your remote.

There’s mobile apps available for both iOS and Android. I would imagine this is mostly just for setup, as range would be a little bit limited for streaming. I know with my YI 2K action cameras that I can’t get more than about 10-15ft away from them before they start getting choppy.

I can’t see other action camera manufacturers following suit with this, but it is very cool tech. I really would love to strap one of these onto my F550 when spring comes again. It could be a very handy tool for wildlife photographers trying to track animals in the wilderness.

As mentioned above, the FLIR Duo and Duo R are $999 and $1,299, respectively. You can find out more about them on the FLIR website.

Other than looking for wildlife, what other uses can you see photographers have for a thermal action camera? Will you be getting one? What will you use it for? Let us know in the coments.