He never writes, he never sends flowers, he just doesn’t seem interested anymore. I don’t know, since the beginning of the year he just seems kind of obsessed with watching videos, he never makes time for us anymore. He, of course, is Instagram. And it appears that we are in a very toxic relationship.

It’s no secret that more and more stills photographers are feeling disenfranchised by the once-loved app as it tries to compete with video-centric app TikTok. However, there are other options. And if you shoot film, you might want to check out this new app aimed just at film photographers called Grainery. In this video, Chris Chu walks you through what he likes about the platform. 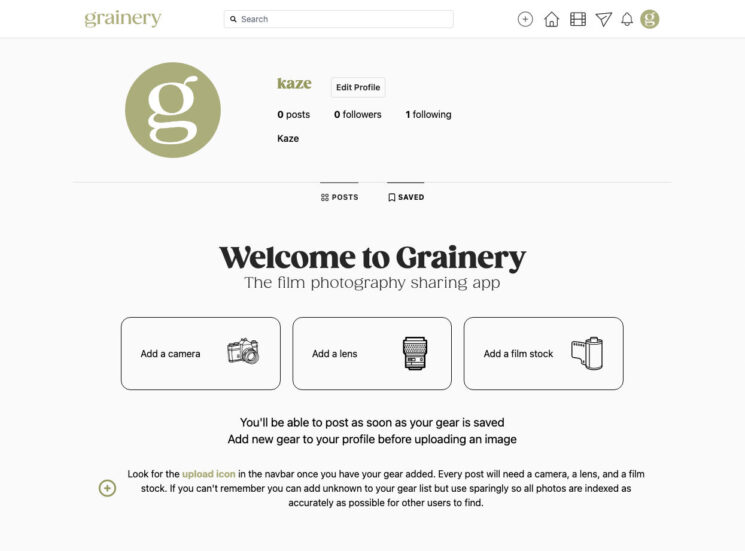 Now before all of you start getting over-excited, if you shoot digital and not film you’ll need to be a bit patient. As of this moment, it’s only open to film shooters. Faux-film filters don’t count. That being said, the app could well expand in future to include digital photography as well, though for now, Grainery is firmly film based.

So how does it work? Well, essentially it looks very similar to Ye Olde Instagram of folklore. You have a feed (chronological naturally) where you can post your photos. You can then comment on other’s images, build community blah blah blah you get the picture.

The interesting part, however, is that you can actually add metadata info. This then allows a search based on film parameters such as film type, lens type, and camera. 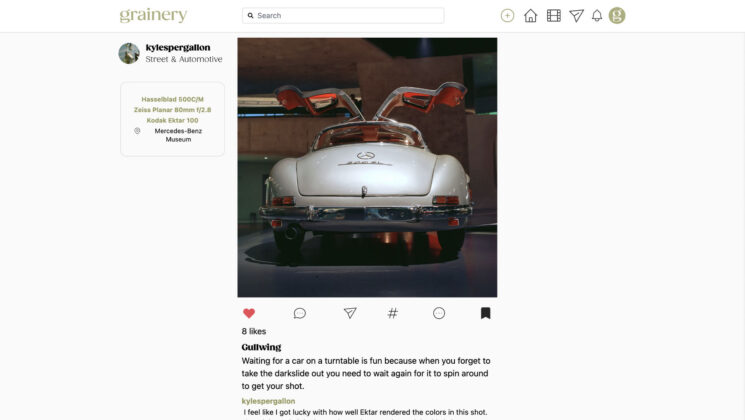 The other interesting part is that you can post your images without any native cropping going on. Yes, you can post that wide panorama and it won’t be forced into the app’s own crop. That’s pretty nice for anyone who gets constrained by Instagram’s limited crop options. However, this feature is (of course) trapped behind a paywall. However, the subscription is only $3 a month. As Chris points out, that’s only one less coffee a month and you can support this new platform.

It’s not even an app yet. It’s actually still a web-based platform. However, I can see that changing in the near future. It’s certainly an interesting platform to check out if you shoot film regularly. And the absence of advertisements, video and algorithms could only be a plus point.