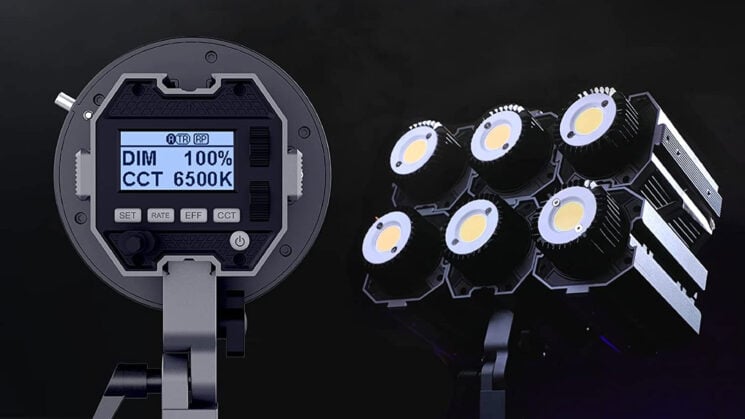 The world of LED lights has certainly heated up over the last few years with lots of releases from companies like Godox, Aputure and Nanlite. It’s also seen a few newcomers, too, like Colbor. After announcing their first LED light last year, the Colbor CL100, now it looks like they’re back with a more compact and modular version, the Colbor CL60, available in both bi-colour and CL60M daylight-only varieties.

It’s a small portable LED mount that offers a bunch of different power options including the usual NP-F style batteries or V-Mount as well as USB Power Delivery. It’s pretty tiny, coming in at only 80 x 90 x 140mm in size (similar to your average 24-70mm f/2.8 lens), but as you can see from the image above, they’re stackable to create huge light banks when you need more power.

There doesn’t seem to have been a big announcement over the new light, although product pages are on the Colbor website and Amazon listings have appeared for both versions of the light. It also looks like there are already a couple of early reviews out there on YouTube. The one above is from Mauro’s Films and shows off the accessories and features quite nicely. It comes with a Bowens mount adapter, letting you use it with all your favourite modifiers. The light stand mount is also easily removable, making it a very small unit when it’s all packed up. This design, with removable accessories, is also designed to let you interlock multiple lights together to make larger banks of light when you need more power.

Obviously, when you’ve got a bunch of lights ganged together, you’re not going to be able to use your Bowens adapters or modifiers, but for bouncing off a wall or ceiling or blasting through a scrim, it can make for a pretty powerful light source when you need it. Colbor says you can stack up to 10 of them together for a combined output of 650W. 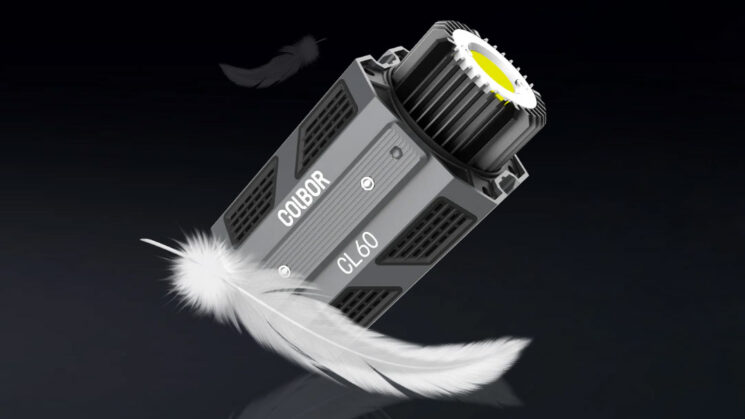 There are two versions of the light. One is bi-colour with a 2700K to 6500K temperature range, as well as a CL60M which is daylight only, locked to 5600K. Both boast a CRI of 97+ and two different cooling modes. The first is “Smart Mode” which adjusts your fan’s speed depending on the temperature of the light in order to maintain an optimal temperature while trying to keep itself quiet. The other is a dedicated quiet mode fan which keeps the fan quiet at the expense of a little extra heat. If the fan in this is anywhere near as quiet as it is in the CL100, it’s pretty much silent.

Both lights work with the Colbor Studio app for full remote control over brightness and colour temperature, allowing you to easily mix and control multiple Colbor lights from the palm of your hand. A Matrix Control System also allows one Colbor CL60 (or CL60M) light to control multiple other lights – handy when you need to gang several of them together acting as one. The daylight CL60M features 7 built-in lighting effects while the bi-colour CL60 includes 10. 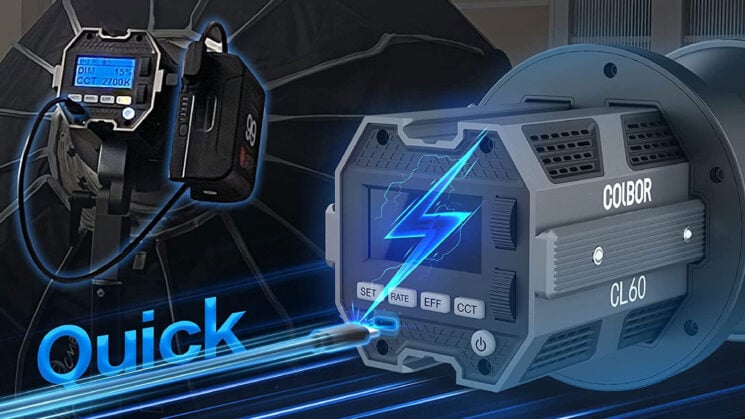 When it comes to power options, the native power input is USB-PD. This means that you do need a battery or charger capable of supplying 20 Volts at 4 Amps (80W). Whether it’ll run at a lower power output on 60W and 45W USB-PD power sources is unknown but I would assume not. It does come with a suitable USB-PD AC adapter, though, so at least you won’t have to go out and buy one when you’re near plug sockets. If you want it portable on USB-PD, though, you’ll probably have to go and get a portable AC power bank to plug it into. There aren’t really any easily available USB-PD power banks out there that can deliver 80W+. Colbor does also say that it can be powered by NP-F and V-Mount batteries via a D-Tap cable, although I don’t know of any V-Mount batteries that support 20V 4A USB-PD.

« How far can the James Webb telescope see? This video puts it into perspective
Grainery: the new Instagram rival for film photographers »