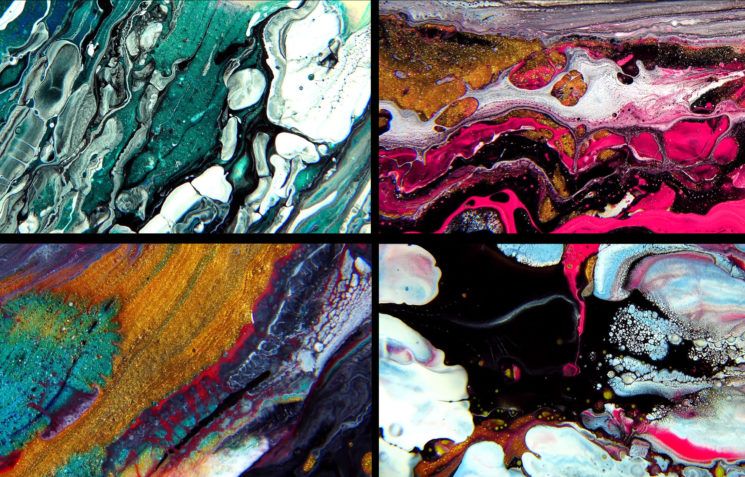 Sometimes, a few household items and vivid imagination are all an artist needs to create a masterpiece. This timelapse video is a perfect example. Creative filmmakers Thomas Blanchard and Oilhack teamed up to create an abstract, trippy and colorful timelapse using nothing but some paint, oil, milk and liquid soap. They captured the motion and the unpredictable game of the liquids in a video titled Galaxy Gates.

This video belongs to their series of videos, and as Thomas himself says – it’s the pride of their collection. It took 4 months to take the shots and produce the video. According to the authors, it was a painstaking process.

They have high selection standards, so less than 2%of all the shots they took ended up in this mesmerizing video. They need to mix the paints and then “open” them, using a special process they perfected. And as the colors move and reveal themselves, they shoot them with a macro lens.

Even though it takes time and patience to create a timelapse like this, it’s well worth the effort. I find this video beautiful to watch, and even calming. Not to mention that it’s quite impressive what you can do with stuff you have in the kitchen or bathroom. So, if you’re looking for more videos like this and some inspiration, make sure to explore more of Thomas’ and Oilhack’s mutual work. From there, you can find them on social media pages and check out their websites.

How I created This Gorgeous RED Portrait

This gorgeous flower bloom timelapse took over a year to make from nearly 40,000 photographs

This timelapse of blooming flowers took 40,000 photos and nine months to create

« “We got that B-Roll!” is a hilarious 80s commercial style take on buying stock footage
OnePlus 5, a smartphone with the highest resolution dual-camera system, is officialy launched »