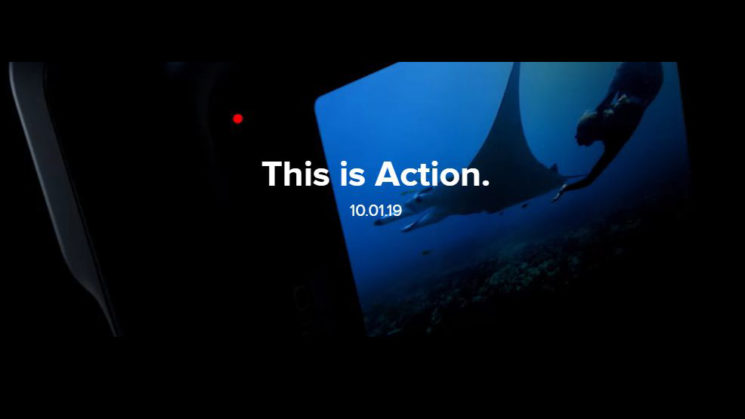 Photos and specs of the upcoming GoPro Hero 8 leaked last month, and it seems that we’re not far from the official announcement. GoPro has just released a teaser of what seems to be not only the Hero 8, but also a new 360º action camera.

When you visit GoPro’s website, you’ll see the teaser video on the very beginning of the homepage. The video features a few short clips and a title “This is Action” with the announcement date written below: October 1. Folks at DPReview have shared another teaser, which shows two devices. One is the Hero 8, and the other might be GoPro Max, a successor to the GoPro Fusion 360º action camera.

GoPro has also released a YouTube video of the upcoming premiere, where the new cameras will be officially announced. There’s still no word on the details and specs of neither of the cameras, and GoPro apparently wants to build hype first. But according to the previous reports, this is what we can expect from Hero 8:

The official announcement is coming in a week (yes, this time next week is already October), and we’ll keep you posted about the new details as they are revealed.