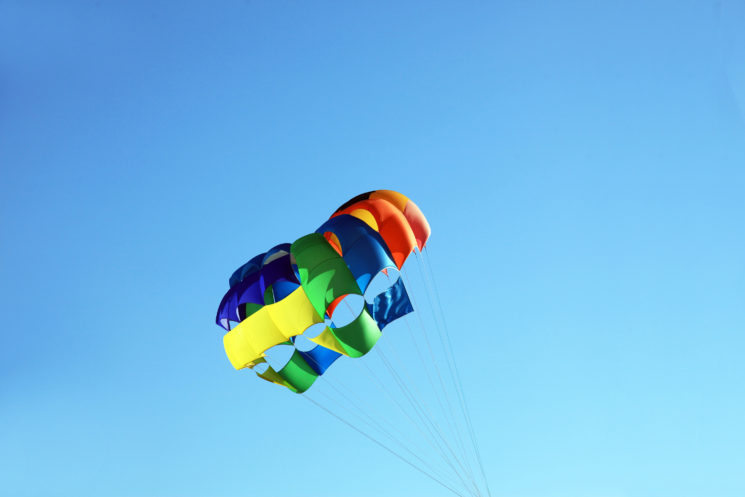 People have captured some chilling moments with their action cameras: from close encounters with a shark or a bear to molten lava engulfing a GoPro. A video shot by a lucky base jumper shows his survival as his parachute fails to open, and I’m sure you’ll get chills just from watching it.

[Warning: the video is very loud at the beginning so turn the volume down]

The video was shot in 2011 by Ozy Dunny, and it was recently posted on Reddit. In the one-minute footage, you can see a part of the jump as Ozy hurls towards a forest. His parachute failed to open, but it got caught in the trees, so it still saved him in a way (well, along with the trees).

Ozy gave a bit more detail in comments on YouTube, explaining what happened. Judging from his comments, the accident took place in 2008 in Norway. The jump was from about 1500m, it was 6 am and very cold outside.

“I could not feel hands but knew i had nothing out. I then looked at PC grabbed with both hands, which put me on my back and ripped it out knowing i was now falling straight down now very fast and very low. The parachute we use in Base is a reserve so there is no point changing the system we have. I do not believe it would have made any difference in this situation. No more vid at this place is avilabe to show you. I hope this explains for you. I am not proud to have been in this situation.”

A comment by Redditor blastr007 describes pretty much how I felt while watching this video:

I had a huge emotional swing just from watching the video, and I can’t even imagine what Ozy felt like. The fall only lasted a few seconds, but they were probably the longest few seconds of his life. “I really needed a beer mate but it was a 3 hour hike out from there in dinosaur terrain with a leg that didn’t work so well after hitting that 1st tree,” he wrote in one of the comments. So, the fall didn’t go without consequences, but a hurt leg is definitely a better option than a certain death. All I have to say is that I’m glad that he’s safe and sound… And that he caught this incredible moment of his survival on camera because I sure hope it won’t happen again.