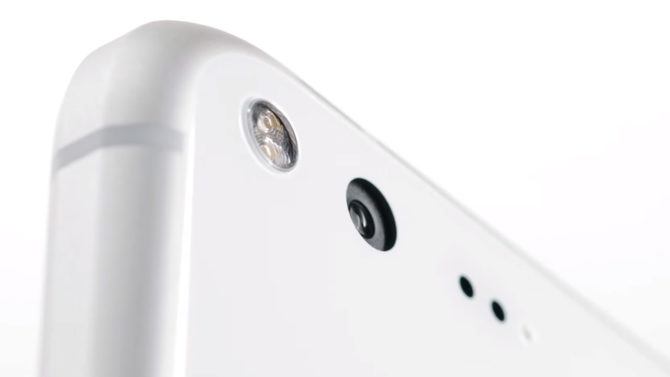 It may be DXOMark’s highest scoring mobile device camera ever, but the Google Pixel is not without its photographic flaws. Quite a few users have reported getting flare or “halo effect” issues with their camera when it’s not even in the shot. The thing with lens flare, though, is that it’s a physical hardware issue. This is why DSLR and mirrorless lenses come with hoods. They block the light from entering the lens and reflecting inside the optics causing flare.

While Google acknowledge that the problem exists, and will be addressing it, they are combating this hardware problem with a software solution. The general idea will be that some algorithm will recognise the flare, and then mathematically subtract it from the image. So, it’s not really eliminating the flare, just faking its removal in software.

A reddit user took to Google’s product forums to inform them of many reports of flare/halo issues. A Google employee known as “IsaacOnCamera” was quick to acknowledge it and respond. 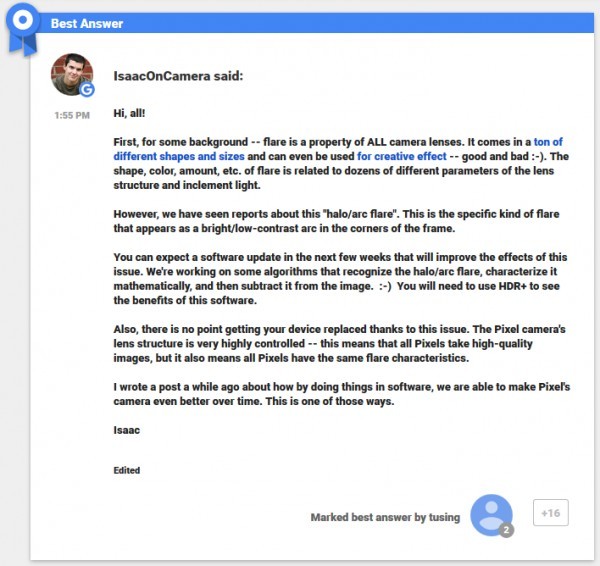 It’s true that flare seems to have become popular again lately for creative effect, but it’s still mostly undesirable for general photos. So the fix will be very welcome. The only drawback is the fix is being incorporated into HDR+. You’ll be pretty much permanently stuck in HDR mode for the fix to be able to take effect.

As stated in IsaacOnCamera’s post, “all Pixel cameras have the same flare characteristics”. So this fix is going to have to be very good to prevent lost sales. Many have set their sighs on the Pixel due to the very positive reviews the camera has been getting. If the flare, however, becomes such a major issue, it will put people off.

There’s no mention of whether or not a fix will be coming for the potential flare issues with video, but I would imagine it unlikely.

Can a software solution really solve a physical hardware problem such as this? Have you been thinking about getting a Pixel for its mobile photographic possibilities? Has this flaring issue put you off? Or will you still get one anyway? Have you already gone with another phone lately, so your’e not too bothered? Let us know and tell us what you think in the comments.

The Google Pixel 3 XL isn’t saving your photos, but there’s a fix on the way