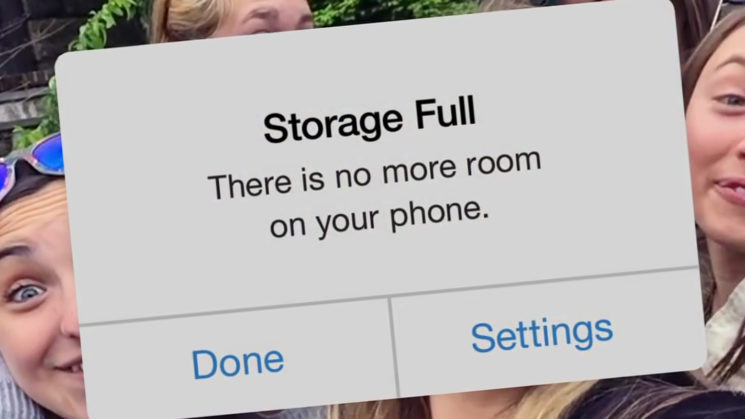 Here’s an interesting twist of fate. Google Photos used to offer free unlimited original quality photo backup for the Pixel phones as a perk of owning one of the devices. This courtesy, apparently, hasn’t been extended to the new Pixel 4 and Pixel 4XL phones. You’ll only be able to save compressed jpg backups to Google Photos on the free unlimited account.

It seems, however, that due to the file sizes offered by Apple’s HEIC/HEVC encoding, Google Photos doesn’t need to compress the files to optimise them for storage. In fact, recompressing them would result in a larger file. So, the original image quality captured by the iPhone is retained with the free unlimited storage on Google Photos.

It was spotted by Redditor stephenvsaywer, and reported on 9to5Mac, who suggests that the High Efficiency Image File Format (HEIF or HEIC) compresses the files from the camera to be smaller than the recompressed versions by Google. So, it’s actually saving Google space and money to store the original files than to recompress them as it does with files from their own Pixel phones (and probably any other phone that doesn’t have HEIF).

With all modern iPhones shooting photos in HEIC format, which is smaller than even Googles compressed JPG files, iPhones therefore get free unlimited ORIGINAL quality backups simply because it would cost Google both storage space (because if Google tried to compress iPhones HEIC photos they would actually become larger) and computing power (because Google doesn’t need to compress and process all of the billions of photos iPhones backup.)

So Apple is literally saving Google millions of dollars by shooting their photos in HEIC and it benefits iPhone users as well because we get free original quality backups.

Pixel 4 and Pixel 4 XL owners will now need to purchase a subscription to Google One if they want to retain original quality backups, reports The Verge. Free storage will be a compressed version which results in a loss of quality from the original file. The Pixel 4, apparently doesn’t even offer the option to shoot HEIF photos, although that may come in a future Android update.

iOS devices offer the choice of two options. You have either “most compatible” which Apple says will always use JPG format for images, or there’s the option to select HEIF/HEVC, which is now the default on new phones.

This “loophole” only applies to still images, not videos. All videos are still saved at only 1080p, regardless of whether you’re shooting 4K, even when using HEVC format.

Pretty funny that a perk once only offered to Google’s Pixel phone users is now a perk for one of their main competitors.

« Lomomod No.1 lets you build your own camera from scratch without screws or glue
Full specs and sample photos of Tamron’s new Sony FE mount lenses leaks ahead of official announcement »