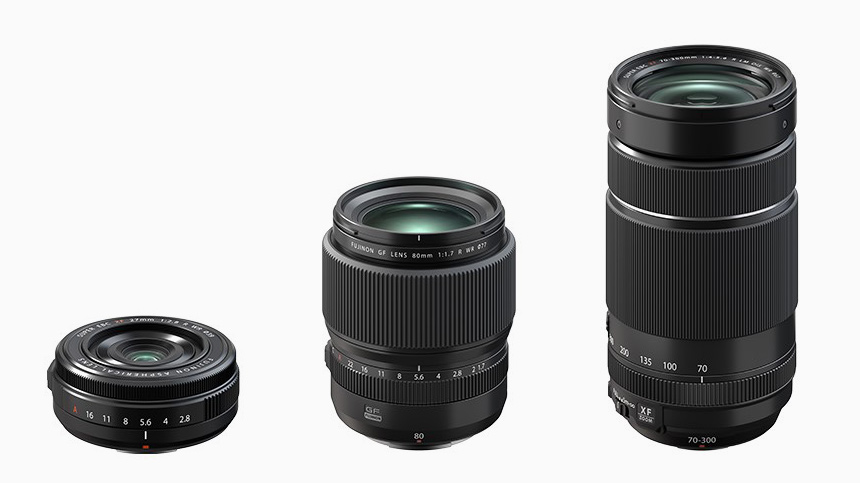 We already knew that Fuji was about to announce three new lenses thanks to recently leaked photos. And now it’s official: Fuji has announced the GF80mm f/1.7, XF27mm f/2.8, and XF70-300mm f/4-5.6 R lenses. Of course, we now have more than just photos, so let’s dive in and see what you can expect. 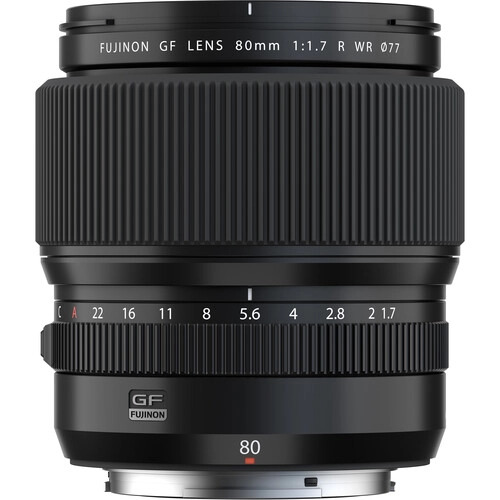 The GF 80mm f/1.7 is the fastest and the most expensive of the three new lenses. It’s designed for the G-mount GFX mirrorless medium format system, giving you 63mm equivalent focal length.

The lens is built from 12 elements in 9 groups, with two Super ED elements and one aspherical element. It features a physical aperture ring with a C (Command) position for the camera-based aperture setting. The aperture packs a 9-blade diaphragm, so you should get a nice, round bokeh.

The lens is dust- and weather-sealed, working at temperatures down to 14°F (-10°C). The front element features a fluorine coating to repel dust, dirt, and moisture. 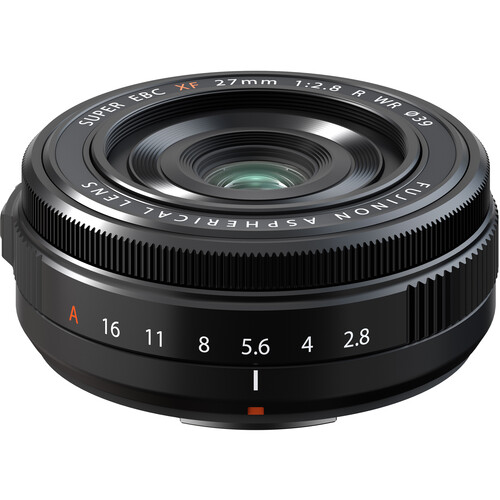 The XF 27mm f/2.8 R WR is a cute little pancake lens. If it looks familiar that’s because it is – it’s a redesigned (and cheaper) version of the XF 27mm f/2.8. It’s designed for APS-C-format X-mount mirrorless cameras, with the 41mm equivalent focal length.

This lens is less than 1″ (2.5 cm) thick, built with 7 elements in 5 groups. It packs one aspherical element and Super EBC coating on each element for reduced flare and ghosting and better contrast and color. It features a high-torque DC coreless AF motor, and the new physical design adds a manual aperture ring that you can lock with the “A” position.

You can use this lens in harsh conditions given that it’s weather-resistant and works in temperatures down to 14°F (-10°C). And let’s check out the rest of the specs: 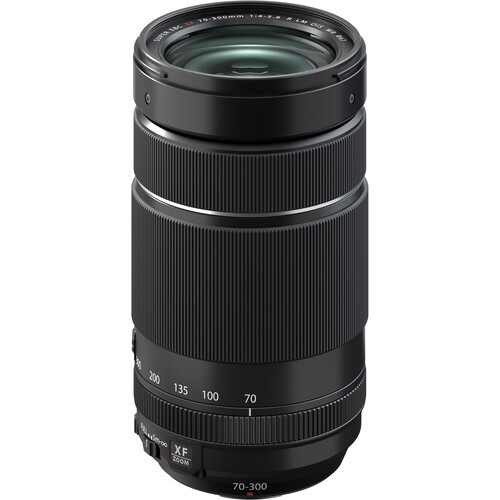 And last but not least, we have the Fujifilm XF 70-300mm f/4-5.6 R LM OIS. It was designed for APS-C-format Fuji X-mount cameras and offers a 107-457mm equivalent focal length range. It was made from 17 elements in 12 groups with a 9-blade rounded diaphragm.

Since it was built with wildlife and nature photographers in mind, this lens features 5.5 stop-effective optical image stabilization. It has a linear autofocus motor which should allow quick, quiet, and smooth autofocus. The minimum focusing distance is 2.7′ (~80cm) so you can come relatively close to your subjects. Also, it’s weather-sealed and works at equally low temperatures like the previous two lenses.

Let’s see the rest of the specs:

Tamron officially announces 70-300mm f/4.5-6.3 lens for Sony E-mount, but only its development