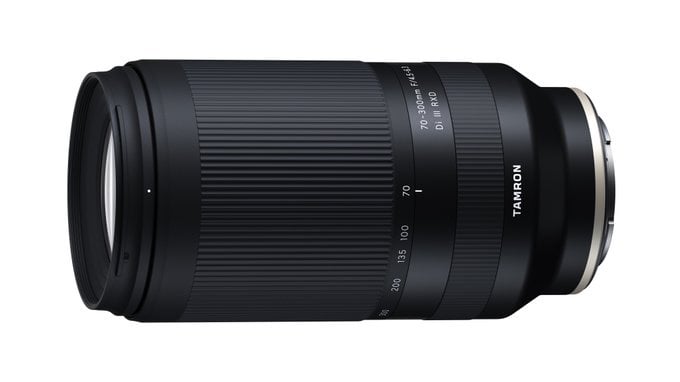 After the initially leaked image and specs, Tamron has now officially announced the new zoom lens for Sony E-mount. The Tamron 70-300mm f/4.5-6.3 Di III RXD is in the works, but it looks like we won’t have it in our hands for a while longer, as the company has only announced the development of the lens for now.

The 70-300mm F/4.5-6.3 Di III RXD will be “the world’s smallest and lightweight telephoto zoom lens for Sony E-mount.” As mentioned in the leaked information, the lens is 148mm (5.8 in) long, weighs 545g (19.2 oz), and has a maximum diameter of 77mm. This is also the first telephoto zoom that Tamron is designing for full-frame cameras.

The company still hasn’t released full specs, but here are the main features:

There isn’t much new information Tamron has revealed after the recent leak. However, we do know the approximate launch date. The company plans to launch the 70-300mm f/4.5-6.3 Di III RXD in the fall of 2020. I think it’s not really that far from now, as September is just around the corner. But as soon as we know more, we’ll keep you posted.