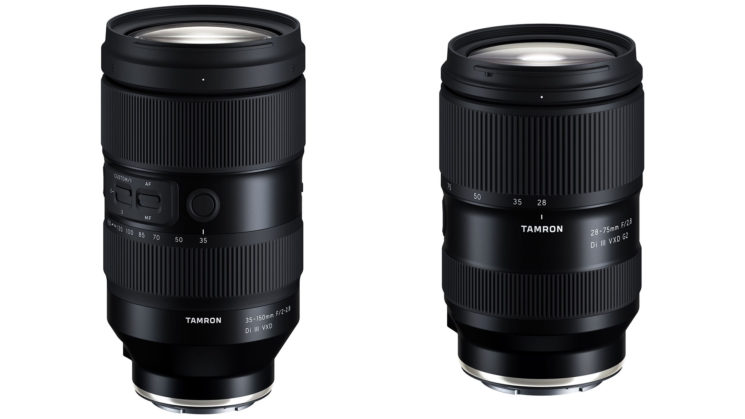 Well, there’s not much that we didn’t already know about the specs of these two lenses, thanks to a pretty much total leak of everything a couple of weeks ago, but Tamron has now officially announced their new 35-150mm f/2-2.8 Di III VXD and 28-75mm f/2.8 Di III VXD G2 full-frame zoom lenses for Sony E mount cameras.

Described by Tamron as a “travel zoom”, the 35-150mm f/2-2.8 is the first Sony E mount zoom lens that maxes out at an f/2 aperture. It features Tamron’s VXD motor, which they say offers fast and precise autofocus and is compatible with Sony’s Fast Hybrid AF and Eye AF systems. The 28-75mm f/2.8 G2 is the second iteration of a pre-existing lens that also sees the newest VXD motors. 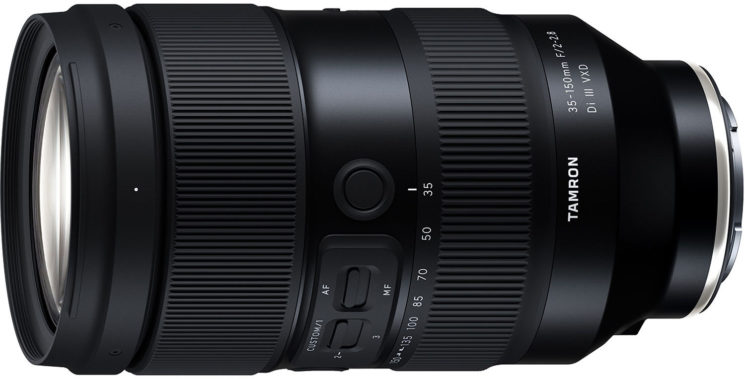 I have to admit, $1,899 seems a bit much for me for a casual walkabout travel lens, but if you’re a professional travel photographer who does this kind of thing for a living, then it seems like it could be well worth it. That wide f/2 aperture on the short end is certainly going to help when you find yourself in more dimly lit environments. That being said, some may not find 35mm to be quite wide enough for a lot of environments.

The lens features a built-in connector port that works with Tamron’s Lens Utility software to customise the functions and update the firmware of the lens directly through the lens rather than via the camera. The VXD motors, Tamron says are “high-speed, high-precision AF” that is “exceedingly responsive to the actions of the photographer”. It’s also supposed to be quiet enough for video use with an on-camera mic – although I don’t expect too many people will be vlogging with this. 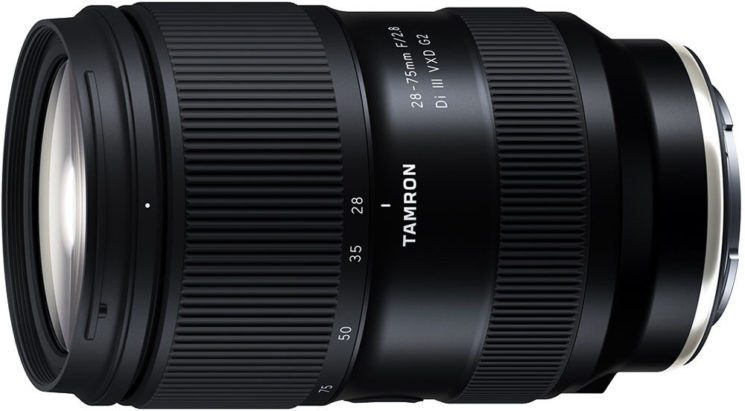 The $899 Tamron 28-75mm f/2.8 Di III VXD G2 might seem like a more reasonable option for a lot of travel photographers. It doesn’t go quite as wide on the aperture nor as long on the focal length, but it does go back to 28mm (although I think some would still prefer 24mm on the short end). But, travel aside, this kind of range and aperture is a staple for many working photographers, whether it’s portraits, events, weddings or something completely different.

The G2 (2nd Generation) version of this lens sees the RXD motors swapped out with Tamron’s latest VXD motors for a faster, more precise and quieter movement, allowing it to be used for video as well as photography. Again, though, I don’t think this one’ll be used much for vlogging with an on-camera mic, either. With a minimum focus distance of only 18cm, though, I can see this one potentially being popular with wedding photographers for getting those close up detail shots at wide angles for a bit of context.