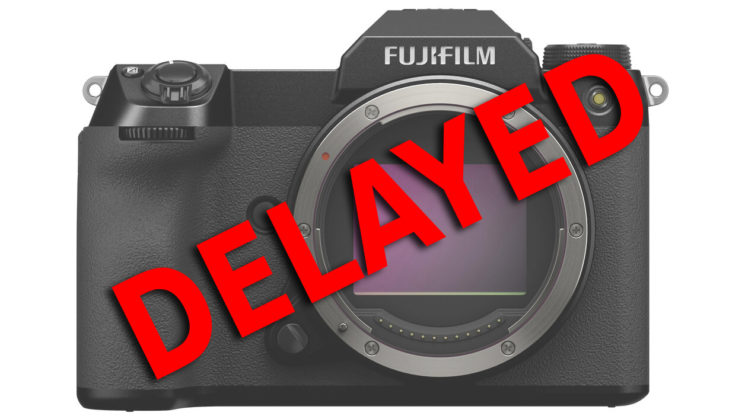 Fujifilm GFX 100S was announced last week, and there are already hiccups with the shipping. Fuji has issued an official announcement that shipping will be delayed, and according to the company, it can’t catch up with the users’ demands.

The GFX 100S was supposed to start shipping in late February in Japan, and in March in the rest of the world. However, it looks like you’ll have to wait some more. The official delay announcement was published on Fuji Japan’s website, and Google-translated it reads:

We would like to express our sincere gratitude for your continued patronage of FUJIFILM products.

Therefore, it may take some time before the ordered product is delivered.

We will do our best to meet the quantity of reservations as much as possible, but we appreciate your understanding.

I’m honestly not surprised that Fuji announced shipping delays for the GFX 100S. It happens almost every time when there’s a big camera announcement like this, and it’s often an attempt of a company to build hype. But it could be that it’s not the case this time.

First of all, as Fuji Rumors points out, it’s more likely that Fuji would prefer shipping as many cameras as possible before March so they can round up the fiscal year with more success. Second, the pandemic has made everything slower and more complicated, from producing to shipping gear (and everything else, for that matter). But what we also have to take into consideration is the price of this camera. With its $5,999 price tag, the GFX 100S is pretty affordable for a 100MP medium format camera. In fact, it’s cheaper than the Fuji GFX 50S when it was first launched. So it is quite possible that the demand is high.

What do you think? Did the demands for the GFX 100S really caught Fuji by surprise, or it’s another marketing trick?