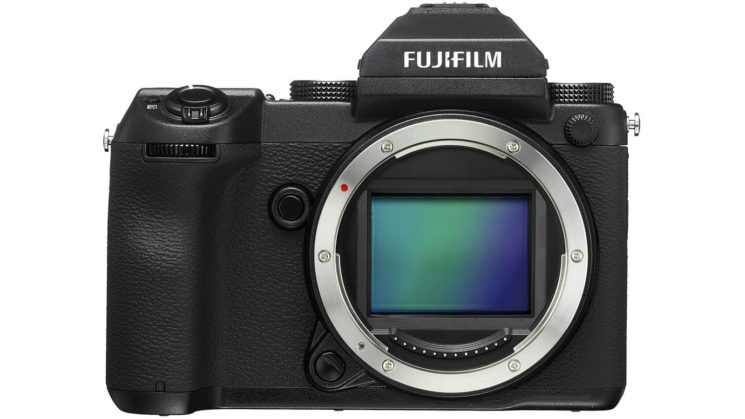 There hasn’t been a lot of information about the Fujifilm GFX 100S yet, but some photos have been discovered on Instagram. They were actually posted to Instagram back in October 2018 by gao3366, but nobody seems to have noticed them until they were sent to Fuji Rumors.

The four images were posted as a single Instagram post, so you’ll have to flick through them in the embed, but they show the GFX 100S from the front, top, rear and side views, being held in a hand to give you a sense of overall scale.

Taking a departure from the design of the GFX 50S, the GFX 100S appears to have a built-in vertical grip and an extra set of command dials. I imagine this is in an attempt to help to bring over some of those Canon 1DX II and Nikon D5 shooters, as they’re used to bodies around the current GFX 50S price with built-in vertical grips.

Looking at the images, though, this is obviously some kind of pre-production prototype. There aren’t even any markings on it to indicate what button is what. All that’s on it are the Fujifilm and GFX logos. So the lack of D-pad may not be a permanent thing. It might show up by the time an official release comes. There does seem to be 2 joysticks, though.

FR reported that a final announcement with complete specs and price is expected in the second quarter of 2019. FR suggested sometime around April or May, ahead of Photokina 2019. Of course, now that Photokina 2019 is not happening and they won’t be able to show off the new camera there right after announcing it, this may affect their plans.