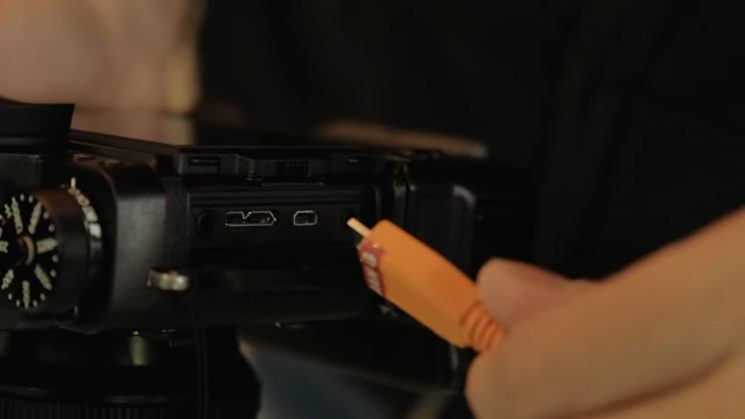 Let’s face it, everything looks good on a 3″ screen. So, the advantages of shooting tethered become immediately apparent in the studio. You’re able to quickly see the results as you shoot them on a much larger screen. This makes it much easier to spot distracting elements, issues with hair or makeup, and if the composition even works when shown big.

It’s an ability that many photographers find absolutely invaluable and difficult to work without. It’s also an ability that’s been lacking with the Fuji X-T2, until now. Fuji have released a new v1.10 firmware for the X-T2 which, amongst other things, now gives the photographers the ability to shoot tethered to Lightroom. Users can also shoot tethered to Fuji’s own HS-V5 software.

To make use of tethered shooting in Lightroom, you will need the Tethered Shooting Plug-in PRO from Fuji. At the moment, this is a Mac only plugin, and costs $79. Windows users will need to make use of Fuji’s HS-V5 software.

As well as the ability to shoot tethered to a computer, the v1.10 firmware update also offers several other features and fixes.

So, some good news there for X-T2 owners.

Have you updated the firmware in your X-T2 yet? Did it resolve any issues you were having? Have you tried shooting tethered with it yet? How well did it work for you? Tell us about your experiences in the comments.