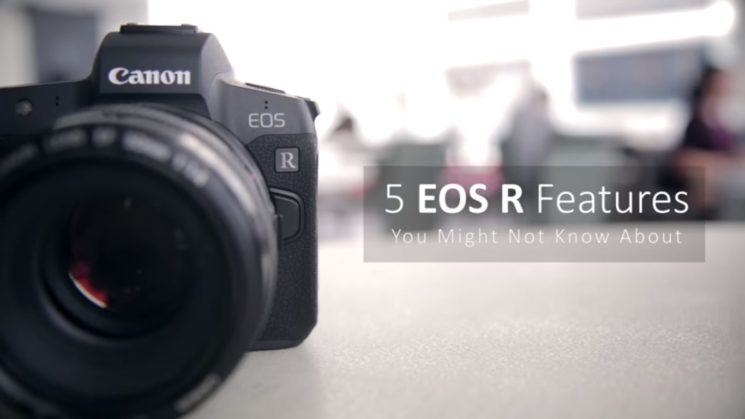 Canon EOS R was launched two months ago, and so far we’ve learned a lot about it and seen a couple of reviews. But there are still some features that you may not know about. And in this video, ZY Productions brings you five things that the Canon EOS R hides among its settings. Did you know about them?

These five features will be especially interesting to filmmakers. However, while you can find them useful in some cases, some of them still have their drawbacks.

Canon EOS R shoots true 24p, or in other words: 24.00 fps instead of 23.98 fps. Is it a big deal? Well, not really. I mean, you can’t visually spot the difference of 0.02 frames per second. However, the true 24p can usually be found only on higher end cinema cameras (like Canon C200). This means that the Canon EOS R can be used as an additional camera for a project that is show at true 24p.

Another thing that kinda got dropped under the radar is the HDR video shooting. It does a pretty good job at retaining highlight detail, even though it doesn’t do much for the shadows. You can retain more detail by just shooting at C Log. But, if you want to avoid shooting at the post-heavy Log profile, HDR video will do the trick.

On the minus side, the HDR video only works at specific conditions: 30fps, 1080p and with a full frame lens, which is pretty limiting.

It may not sound like a big deal for a mirrorless camera to have focus peaking. But, the Canon EOS R is for now the only non-cinema EOS camera to have this feature. It doesn’t come without its quirks, though. According to ZY Productions, the High setting is too high and the Low setting is too low. Also, peaking only shows up when the AF/MF switch on your lens set to manual focus. So, if you have one of full time manual override USM lenses, you can’t use focus peaking if you adjust the focus with your lens in the AF mode.

This feature compliments focus peaking and the video describes it kinda like “the AF system trying to teach some human fingers how to AF.” You use it by positioning the guide box over where you want to focus on, and three little arrows guide you until you nail the focus.

Keep in mind that this feature is only reliable as the AF system itself, meaning that it might bail on you sometimes, such as in low-light situations.

Finally, Canon EOS R tries to solve the inconsistent focus throw by offering two focus by wire behaviors (only with RF lenses). You can choose whether you want the focus ring sensitivity to vary with rotation speed, or you want it to be linked to rotation degree.

Did you know about these Canon EOS R features? And are there any interesting features you’ve discovered that don’t exist in other Canon EOS cameras?