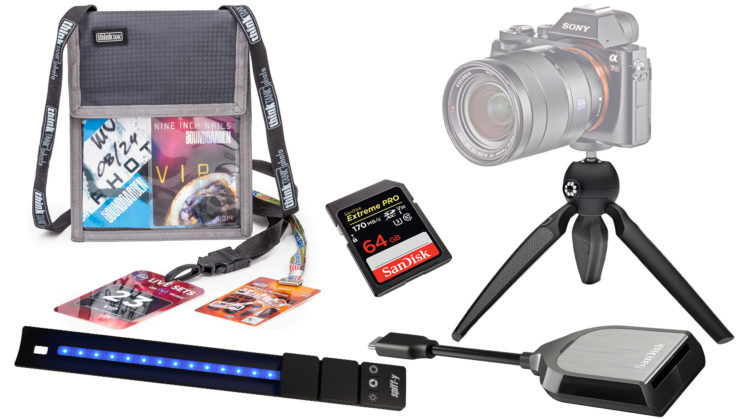 It might be a little bit early to start thinking about stocking stuffers for the photographer in your life, or perhaps to even treat yourself. But while everybody’s in a buying mood, it’s worth thinking about doing now so you’re not driving around on Christmas Eve looking for somewhere open that still has something worth getting.

So, here are some of the low budget items that we use all the time for our photography, either for DIYP coverage or for our personal work. It is by no means an exhaustive list of the inexpensive products we use, but these have been the most valuable to us. So, get them for yourself while you’re in a buying mood, or start buying your photographer friends their little Christmas gifts now! 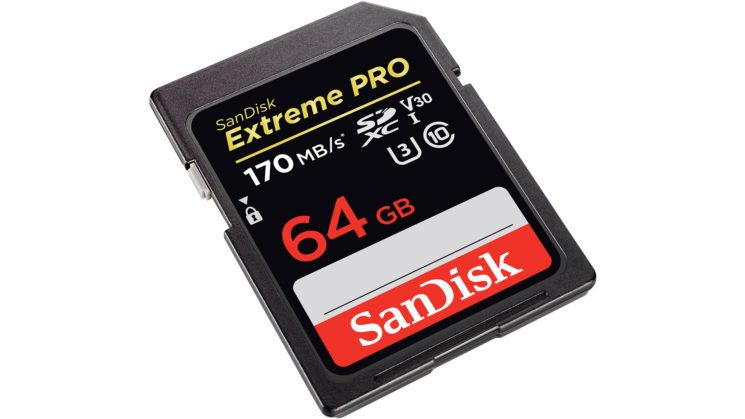 There’s not much that really needs to be said about these. You can never have too many memory cards, really. They get full before you’re done, they’re easy to lose, occasionally they break, and in the middle of shooting something important, you want to have more than one, just in case. To maximise the full speed of these cards – at least when transferring its contents to your computer, you’ll need one of SanDisk’s card readers that supports their custom fast transfer protocol. 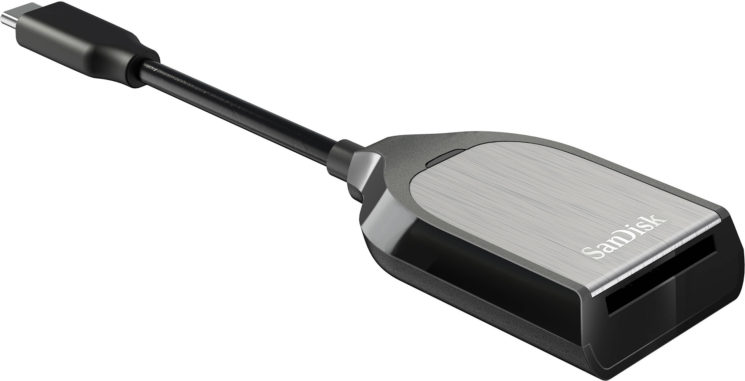 There are a lot of great card readers out there on the market these days from a bunch of different brands, but when it comes to bang for your buck, especially if you only use SD cards, and particularly SanDisk’s faster-than-the-official-usb-3-spec UHS-I SD cards, then you can’t beat the SanDisk Extreme Pro card reader.

Stop hooking your camera up to your computer and using that as a card reader (yes, there are a surprisingly high amount of people out there who still do this) and get a dedicated card reader. It’ll give you faster transfers and likely help result in fewer corruption issues (which also seem to be on the increase the last few months if what I’ve seen on social media lately is any indication). 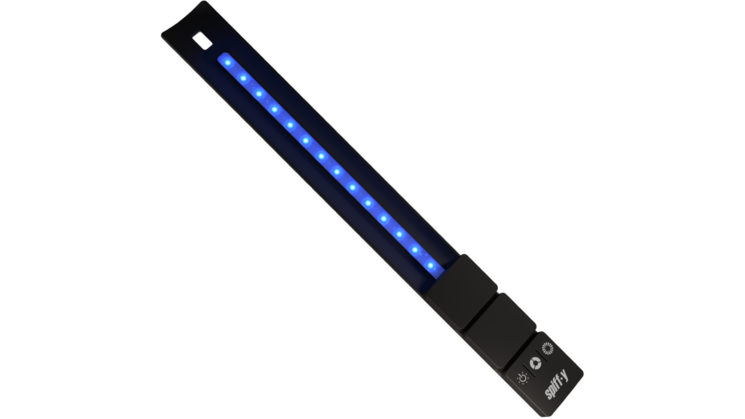 You can’t beat having a light handy when you’re out on location, especially at this time of year when they days are short and the really dark nights start at 4pm (it’s Scotland, what can I say?). Lumee comes in two flavours, either bicolour or RGB. The Bicolour ones can be handy at night to help you see where you’re going or what you’re doing, but also to help provide a little fill in somewhat brighter conditions.

The RGB version of Lumee can be extremely useful particularly for astrophotographers as it’s red by default when you turn it on, preventing you from losing your night vision. But it’s also very useful for effects. Either as a coloured accent light for photography or by using its lightning, police lights, TV flicker or other effects for video. 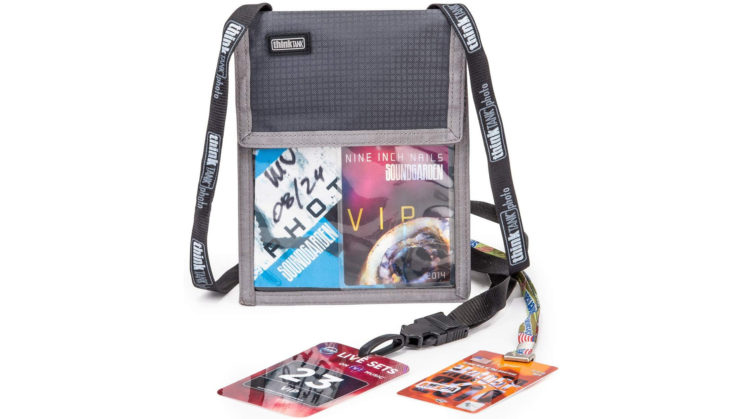 The Think Tank Credential Holder v2.0 is an invaluable tool for me, and something I think every photographer should own, especially if you shoot out on location. It’s designed primarily for photojournalists and others that regularly need to hold passes. In fact, the whole DIYP team uses them when we cover trade shows and other events. But they’re much more useful than for just that.

The inside pocket is the perfect size to hold a passport, along with little pockets and slots for business cards, pens and other small items you might need to have handy, making it ideal for just about any travel photographer. As it’s passport-sized, that means it’s also X-Rite ColorChecker Passport sized as well. If you shoot on location a lot, storing your CCP in this and hanging it off a tripod or light stand means you’re less likely to lose or damage it than if you just had it lying around open on the ground. 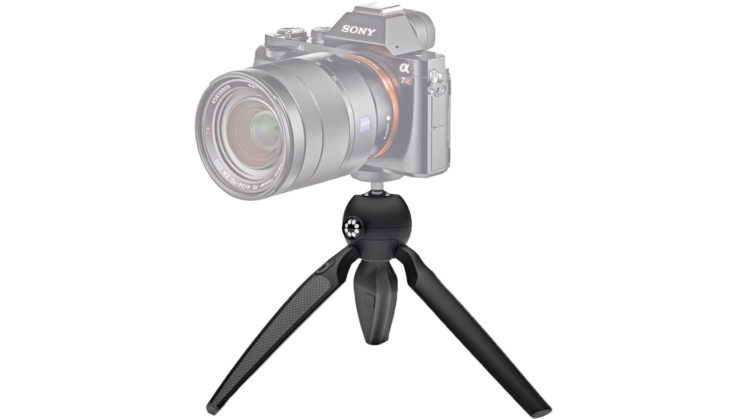 My mini-tripod of choice used to be the Manfrotto Pixi. I’ve used it for several years, and have owned a dozen of them (because I keep losing them, heh). But then Vitec, the company that owns Manfrotto, acquired Joby, makers of the Gorillapod, and have given the Pixi a slight redesign and released it under the Joby brand.

I didn’t think the Pixi could get any better than it already was, but the Handypod has legs that fold up into a more ergonomic handle, and it actually allows you to flip the top attachment 90 degrees to have the camera point straight up or straight down. Or, yes, to be able to shoot vertical video. I even made a vlog about this one.

Although I’ve only featured five of the main ones above, there are other things that we keep in our bags, or at least own, so that we have them when we need them. Things like manual extension tubes to give us macro-like abilities with our regular lenses, plenty of which can be had for under $50. We also usually carry a bunch of spring clamps in our bags, too, because you never know when you might need to hold something back or hold some stuff together on a shoot.

Spare USB cables are also something we keep handy, often ordering multi-packs of Type-A to Micro USB, Type-A to Mini USB (yup, a lot of our cameras, particularly ones we use for timelapse, have Mini USB sockets) and more recently, Type-A to Type-C and Type-C to Type-C cables. Hook and loop tape that fastens to itself (not the adhesive-backed kind) is invaluable for keeping those USB cables organised, as well as HDMI, XLR and other cables, too.

What low budget items do you use regularly for your photography? Which of them do you keep losing or breaking and buying over and over?

« Google explains how Pixel phones use AI for astrophotography
This company has actually made a steel wool “photography kit” and it costs $2.64 »