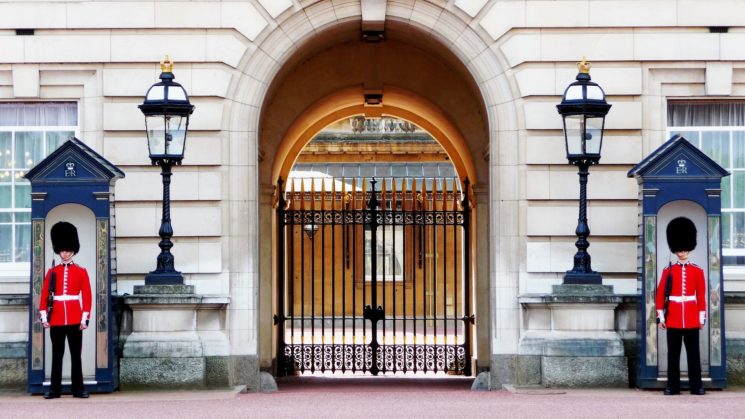 A recent photo of Prince William, Kate Middleton and Prince Harry with his partner Meghan Markle was published in the media all over the world. But they weren’t taken by a professional photographer or with expensive gear. A fan with an iPhone took a photo with her iPhone and posted it on Twitter. All of a sudden, her photo became so popular that she hopes to fund her daughter’s university fees from selling it worldwide.

Karen Murdoch is the lady behind the image that instantly gained such huge popularity. She took the photo at Sandringham, Norfolk, on Christmas Day. As she admits, she hadn’t even planned to sell the photo at first. She posted it on Twitter, and suddenly, the media outlets started “bombarding” her with messages asking for the image. This is the first photo of the two royal couples together. Also, for Markle, this was the first Christmas with the British royals. So, you’ll agree it’s no wonder that the photo is wanted so much.

Although it’s just a snapshot, the photo depicts the couples all beautiful and smiling, with The Duchess of Cambridge and Prince Harry looking directly into the camera. Murdoch admits she caught their attention by shouting “Merry Christmas,” and then she took the photo. After posting it on Twitter and the media going crazy about it, some people refer to it as “the most wanted photo of 2017.

The National writes that Murdoch first gave the photo for free. But after the Twitter community advising her not to do it, she began using an agent to help her sell the image. Murdoch is a single mom doing two jobs. Although, she admits to The National she “hates to play the single mom card.” Still, selling this photo allows her to save money for her daughter, and she hopes to be able to pay for her university fees with it.

As Murdoch admits, her photographic experience doesn’t include much beyond sharing occasional snapshots of her pets and family. She tells the Daily Telegraph that she just “got lucky.” Still, her photo apparently beat out the photos of all other photographers gathered at the scene. Lucky or not, we can’t deny Murdoch was in the right place at the right time, knew how to get the Royals’ attention and took a front-page-worthy photo.

[via FStoppers, The National, Daily Telegraph]