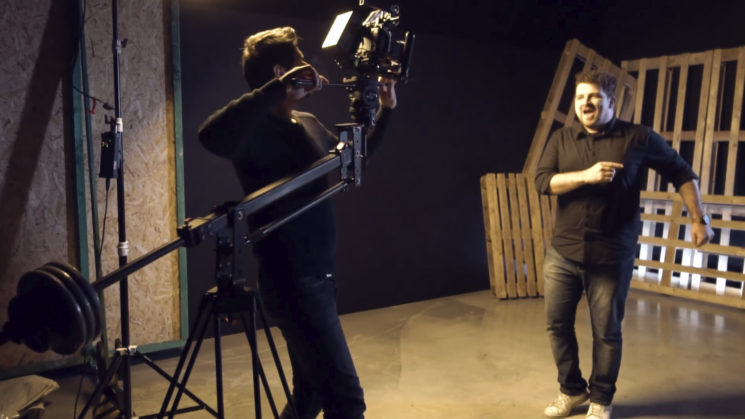 Motion control hardware and even fully articulated robotic arms have drastically come down in price the last few years. To the point where they’re very affordable indeed. I even have one of my own on its way to me as I type this post. As a result, they’ve found their way into more and more video productions. Especially music videos, like Kendrick Lamar’s Humble (lyrics probably NSFW).

But what if you don’t have the cash laying around to buy one? Or just can’t justify spending that much for something you won’t use very often? Well, Jordy at Cinecom has come up with a great technique that allows you create a very similar looking effect, but without the robot. It’s all done completely manually.

The technique is a combination of methods that rely on both shooting the footage in a certain way, as well as how you edit it in post. With regard to shooting, the camera here is set up on a jib. You don’t have to go with a jib, but it certainly makes life a whole lot easier, especially for the solid non-moving shots in between each movement.

But the first thing one needs to realise is that we’re never going to be as fast and smooth as an actual computer-controlled robotic arm. Bouncing from one static location to another static location just isn’t that easy. So, don’t even try. Instead, just try to get the smoothest motion you can, at a speed you’re comfortable with. Then when you do move the camera, have your subject slow their movements down to match the speed at which the camera’s moving.

Then, once you’re in your editing software, in this case, Premiere Pro, you just ramp up the speed during those camera movements. Then, add a little motion blur over the sped up frames to simulate a real-time camera movement. For this, Jordy uses the Directional Blur effect and keyframes the strength of the effect through the movement. 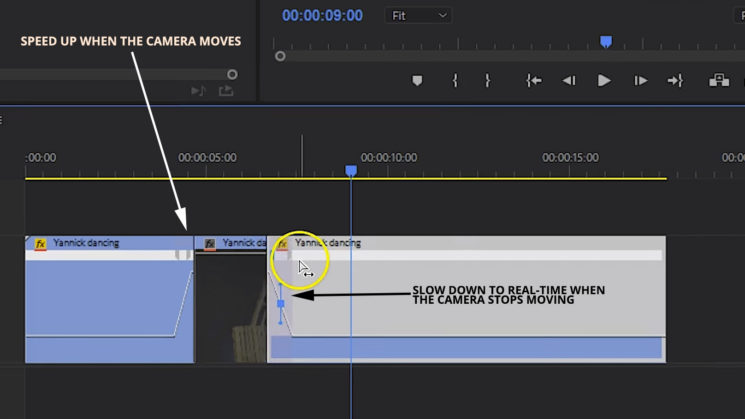 And when you play that back, the final result looks something like this…

It’s not an easy technique. It’s going to take a lot of practice, and probably several reshoots to get each movement looking just right. But this is why toys to do real motion aren’t free. If it’s something you want to do often, you just have to figure out if it’s worth spending on the real thing to save you potentially hours during shooting and post.

Plus, if you don’t already have a jib arm, this isn’t going to be a completely free technique. If you have to buy one, then you may be better off putting that money towards your own motion control arm if you plan to use it often.

The one I have on the way to me won’t support big DSLRs or cinema cameras. But it should easily be able to handle a small mirrorless, GoPro or smartphone. So, I will definitely be doing some experimenting when it arrives.

Manually fixing distortion in Photoshop is easier than you think

100 camera angles, shots and movements in 10 minutes for filmmakers and photographers

« You can now have Google Pixel 2’s Portrait mode on older phones, for free
Look at these photos of unbelievable animals before they become extinct »