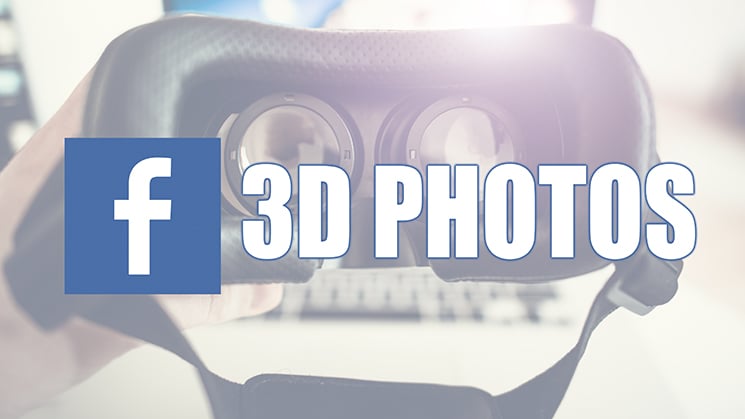 Facebook introduced 3D photos back in 2018, allowing your photos to appear as if they had depth and “move” accordingly as you scroll. This interesting feature has been available only to phones with multiple cameras – until now. Thanks to AI, Facebook is now unrolling this feature to many more users. From now on, you’ll be able to turn any 2D photo into 3D, even your old pictures.

It seems that the latest update is connected with previously announced “VR Memories.” Back then, the company announced the feature that could turn old photos from your albums into 3D images. It could even “reconstruct your childhood home,” giving its photos a sense of depth and allowing you to “move through the photo,” so to say. And from now on, you won’t need a phone with Portrait Mode to create these images.

However, while the feature is becoming accessible to a lot more users, it still won’t be available to everyone. Engadget notes that the option of posting 3D photos will be limited to relatively new devices, including the iPhone 7 and newer, “midrange or better” Android phones, and all Google Pixel phones except for the Pixel 3A.

The list of compatible phones hasn’t been released, and the update to the Facebook app is currently being rolled out worldwide. So, I guess that you’ll soon see whether your phone supports the 3D photos feature or not. My Facebook apps till hasn’t been updated, so I can’t share the firsthand experience of what the feature looks like, and if the 3D photos are any good. I use a Huawei Mate 30 Lite, and I’m not sure if it even falls under “midrange or better” phones.

Still, even if your phone turns out not to be compatible with posting 3D photos, you can pull it off in Photoshop. Or you can check out the LucidPix app if you really want to share 3D photos and make it quick and simple (and not exactly perfect).

« Lomomod No. 1 review: a fun and frustrating DIY cardboard camera with a liquid-filled lens
These high and low-budget setups show you how to light your shot like a scene from Joker »