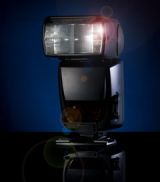 Welcome to this multi-part series of articles on Exploring Small Strobes by Yanik Chauvin from Yanik’s Photo School.

In part 1 on Exploring Small strobes, I looked at why using flash guns instead of the built-in flash and studio strobes. In part 2, I went through the importance of using your speedlight off camera.

What I’ll be going through today, in part 3, is looking at how to trigger and control your speedlights off camera; more specifically wirelessly. You’re probably saying to your self, it’s about time Yanik gets to the practical stuff! And you’re absolutely right! But I had to convince you first! ;-)

FOLLOW THIS SERIES OF ARTICLES!
BACK – Why Use Speedlights Off Camera
NEXT- Speedlight Accessories

Now, I could be writing a whole essay if I start going through every single manufacturer’s off camera lighting system. So for the purpose of this article, I’ll keep things generic so that off camera flashes will work on practically any camera system.

So, what could we use to wirelessly trigger our speedlights off camera? A wireless radio trigger! Logical my dear Watson! ;-) But wireless triggers are far from being equal, in both price and quality. So I’ll run them by with you pointing out the pros and cons of each one. Note that there are many companies making wireless triggers and I chose to highlight some of the most popular ones.

True, there are many ways to trigger your flash off-camera. If you got
so far, chances are you’ve gone through Strobist blog (twice) and you
know about sync wires and optical slaves. The fact is that when sync
cords work they are great, but there are so fragile and expensive that
going wireless is a big, big temptation.

First off, the big daddy of wireless remotes, the famous Pocket Wizard Plus II. 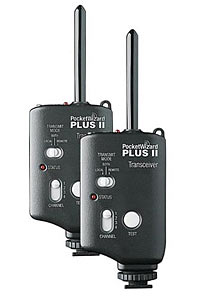 The PW is the trigger of choice for most professional photographers for many reasons but mostly because they never misfire (unless the batteries are dead ;)). When you’re getting paid to get that one perfect shot, you can’t afford to loose it because of a misfire. The other specs that photographers enjoy are:

On the “con” side, there isn’t much to say but there are 2 things that I’d like to point out:

I know I’m jumping from one extreme to the other but the Cactus triggers (a.k.a poverty wizards) are very popular among amateur and even some pros so mentioning it next just seemed logical. ? 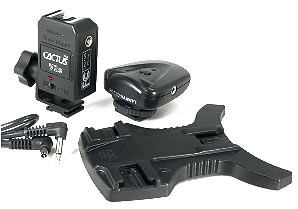 Why are they so popular? Simple. The price. Retailing at only $32.95 for both the transmitter and receiver, it’s more than 10x cheaper than PWs. And they even throw in a flash stand.

The cons, based on photographer reviews, are as follows:

For a quality/price ratio, you’re getting a very good deal. I think it’s the best unit to introduce beginners on a budget to wireless triggers. Also note that some clients received faulty triggers and had to return them to get new ones.

In between the Cactus V2 and the Pocket Wizard, you have a wide range of triggers that might fit your needs. Let’s look at 3 of them. 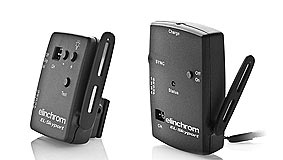 Here’s a good mid range wireless trigger that has a lot more range than the Cactus V2. Let’s look at the pros and cons…

This is a great mid range trigger and from the reviews I’ve read, quite reliable. If you don’t need to shoot a few football fields away than the Skyports might be a good option. You can the set for roughly $180. 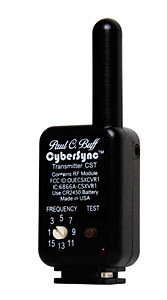 Cybersyncs are very similar to Skyports in many aspects. The design is different but most of the functions are similar.

Like the Skyports, the Cybersync is a good mid range trigger.You can the set for roughly $130. 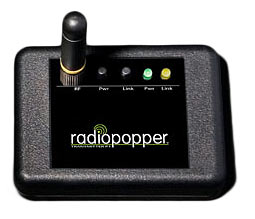 The Radio Popper P1 is quite new on the market but there’s lots of buzz around it within the strobist community. So what’s the big buzz? They are the first TTL and high sync speed enabled radio triggers. What does this mean, you might ask? Basically, what you can do with your current manufacturer’s infrared remote flash system (like the Nikon CLS), you can do with the Radio Popper… but with more reach.

The reason I put the price in the “cons” is since they don’t work with studio strobes, you’ll need to purchase a different trigger for your studio which bumps up the costs.

There you have it! 5 different wireless radio triggers to choose from. Remember to look at your needs and your budget and purchase accordingly.

On a side note, if you’re a Nikon user, you can check out my video on how to set up your CLS using your built-in flash.

Yanik Chauvin is a professional photographer from
Ottawa, Canada. His main focus is on stock and commercial photography.
As a teacher with more than 10 years experience, he started Yanik’s Photo School as a way to give back to other passionate photographers.

Exploring Small Strobes: Why should I Use a Speedlight

Exploring Small Strobes: Why Use Speedlights Off Camera