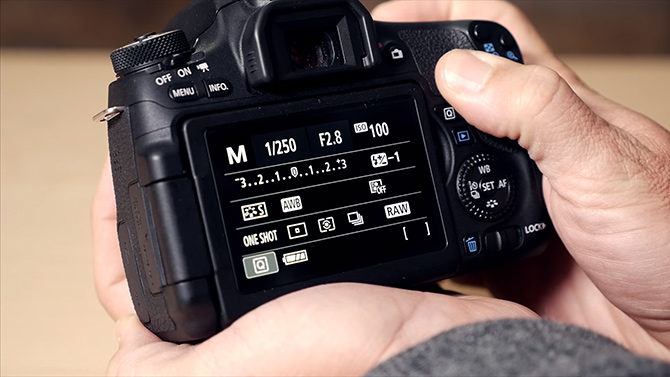 In this video from PhotoRec TV, Toby Gelston tells us all about shutter speed, the issues that can arise from having one that’s too fast or too slow, how to fix them.  He also talks about how we can use shutter speed creatively to give you the images you really want.

One thing stated in the video is that when you’re shooting long exposures from a tripod is the suggestion of using mirror lock-up or liveview mode, as they’re “basically the same”.

Do note, though, that not all cameras treat mirror lockup the same as they do when shooting stills with liveview.  With some cameras, when you hit the shutter, it turns off liveview, drops the mirror and then flips it back up again to take a still photograph in the normal way.

This method is becoming less common, and more cameras now will keep the mirror locked up when taking a photograph with liveview.  Be sure to check how your camera shoots stills during liveview before you try this for real, so that you don’t get unexpected or undesirable results.

One thing not mentioned in the video, because it doesn’t really apply to digital, is reciprocity failure.  I’m not going to get into technical details here, but if you’re planning to use a very slow shutter speed to get long exposures on film, it’s something you’ll definitely want to research.

As for remote triggers, my personal favourites are the Nikon MC-20 and the Yongnuo MC-36R.  The MC-20’s great, it doesn’t require any batteries, it’s powered straight from a Nikon DSLR’s 10 pin port, and mine’s been going strong for about 15 years now.  When I started to look more into shooting timelapse, I needed something better with a built in intervalometer.

The Nikon MC-36 looked great, but a tad out of budget at the time.  The Yongnuo MC-36R also had the advantage of working wired or wireless, so I could stick it in my pocket and keep my hands warm, or shoot from the relative comfort of the inside of a car parked a few yards away.  The MC-36R also has connectors available for all 6 Nikon and Canon remote sockets.

What other shutter speed tips and tricks can you offer?  Let us know in the comments.

Everything you ever needed to know about shooting and editing timelapse

Everything you ever needed to know about long exposure photography

Everything you ever needed to know about C-Stands

« Adele stops concert to call out a filming fan, telling her “take your tripod down”
Quiz – can you match the lens to the flare it creates? »