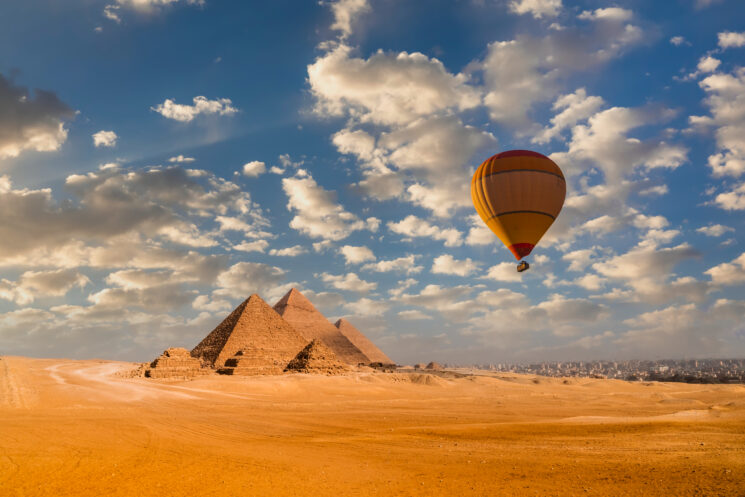 Egypt: one of those truly exotic and enigmatic destinations, steeped in history. It’s on a lot of people’s bucket lists to visit, photographers and non-photographers alike. But of course, like many places, it’s complicated. Political upheaval and terrorism threats have made it less relaxing to visit in recent years. Coupled with that, strict politics have gone as far as to infringe on the freedom to take photos and videos freely in public spaces.

Several vloggers and influencers who visited Egypt in the past year were dismayed to have their camera equipment confiscated by authorities. So it’s good news then for most tourists and visitors that the Egyptian government has announced that it is relaxing its rules on casual street photography and photography in public spaces. As long as it’s strictly for amateur use, however.

It seems like a step in the right direction, right? Well for most visitors, it will be. However, the authorities also passed a law which can potentially criminalise anyone who takes “offensive photos or videos of the country”. If that sounds quite vague and open to potential abuse you’d be correct there.

Regulated photography will be broken down into three types: personal photography, foreign media, and cinematography permits.

Foreign media must get a permit to film or shoot in the country, which will be given within 10 days of the application. The government says that a digital platform will be created in order to deal with the requests and permissions.

So what about that “offensive to the country” clause? Authorities have only gone as far as to say that photography of children is not permitted and citizens can only be photographed if they have given written consent. Presumably, Egypt is hoping to elevate their public image somewhat.

It does though seem to impinge upon freedom of the press somewhat. Photojournalism is often pivotal in highlighting injustices in the world. By restricting what you can photograph or film it is really just government censorship in another guise.

So ultimately, it’s good news for tourists. Just focus on the pyramids and sphinx, don’t look the other way.