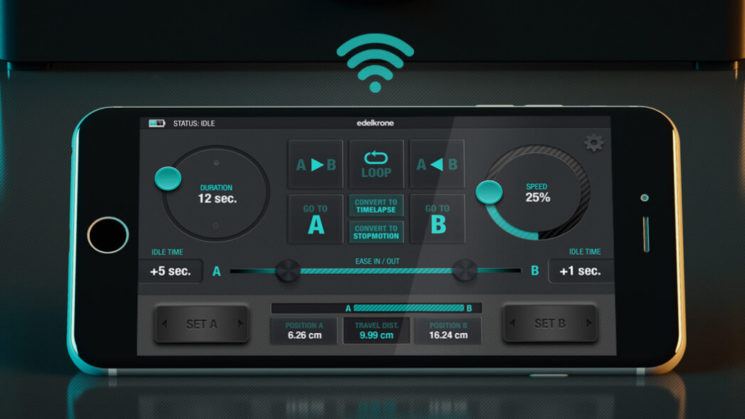 Edelkrone’s popular SliderONE is a pretty elegant and well made slider. Introduced at the end of 2015, the SliderONE is perhaps a little on the short side for some. But, when you only need to move small distances, it does its job extremely well. One thing it has lacked thus far, though, is any kind of motor or motion control system.

That all changes now with Edelkrone’s announcement of the new Motion Module. As one expect, it adds a motor to your slider, so you can get automate some of your process. Motors let you get smoother, cleaner, more even slides, and a whole bunch of other potential features. That’s where Edelkrone’s app comes into play, offering a wealth of options for both timelapse and video shooters.

As remote control apps go, it certainly looks to be one of the more functional and intuitive I’ve seen. I really like the idea that you can reprogram the exact same sequence to shoot at different speeds, too. This opens up all kinds of creative time effect options. Recreating the same shot at different speeds, some video, some timelapse, and then overlaying on top of each other.

You can see just how accurately the video and timelapse speeds match here. Right down to the speed ramping at the beginning and end of the clip.

It’ll even let you shoot stop motion, ensuring that no matter how long it takes for you to make your changes between frames, you get the same smooth movement.

It’s a very cool piece of kit, although it does not come cheap. The SliderONE itself costs €189.99 ($199.99). Already a pretty heft price for a slider this small. The Motion Module is a separate purchase. 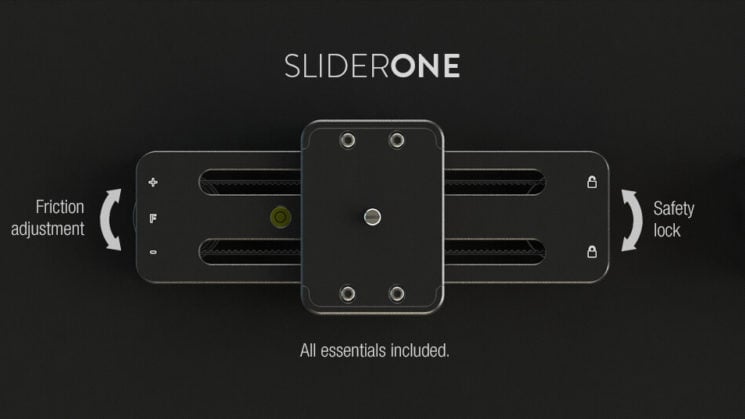 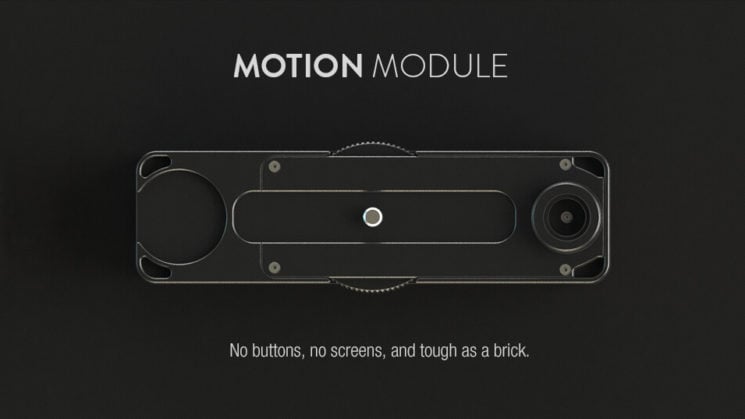 For some, that price will be far too rich. I’m one of them. I just wouldn’t use a slider this small often enough to justify that sort of cost. Now, if somebody came out with about a 32″ slider I could control from a phone or tablet (iOS, Android or Windows, I’m not fussy), then I’d be interested.

How about you? Do you use short sliders? Is this now the perfect slider for you? Are you a SliderONE user who’s been waiting for something like this? What do you think? Will you get one or is it just too expensive? Let us know your thoughts in the comments.