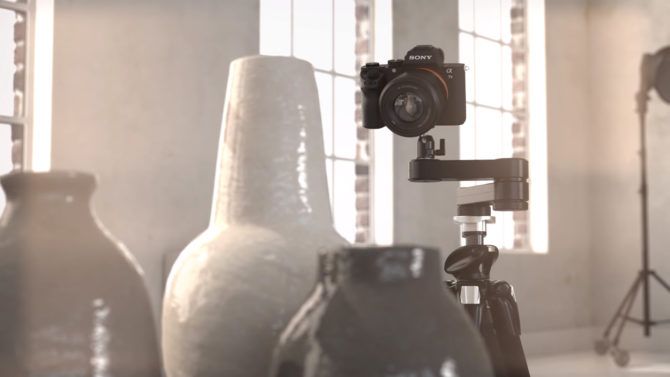 If there’s one thing we can expect when Edelkrone announce a new product, it’s that it’ll be different. One only needs to look at their PocketSkater2 or StandPlus to realise that. When they first showed off the Wing back in 2014, it was simply a concept device. Now, it’s here for real.

The final version presented today isn’t quite as large as the one shown at NAB in 2014. It still has a fairly decent range of motion, though, relative to its small size. Capable of taking everything from a GoPro or cellphone to mirrorless and DSLRs, it’s a potentially handy bit of kit.

The Wing comes with a 3/8-16″ mounting socket on the bottom, which attaches to the top of any standard tripod. If you want to put it at a funky angle, you can always use a 1/4-20″ to 3/8-16″ adapter on top of a head. On top of the Wing is the standard 1/4-20″ thread. This can screw into various adapters for phones and action cameras, or straight into the base of a mirrorless or DSLR camera.

It’s a simply and compact tool, built from CNC machined aluminium. Various bands and sprockets allow it to move back and forth in slider-like fashion. Getting rid of the rails will be a big deal to anybody who has ever tried to get a slider shot of a camera moving forwards or backwards.

With traditional sliders, you’re limited with these types of shot. You can’t move your camera more than a certain distance back from the end, or you can’t use a wide angle lens. Otherwise, the rails of the slider end up inside the frame, and that’s no good. Here, no such issue. The arm moves along with your camera to keep itself out of the shot. 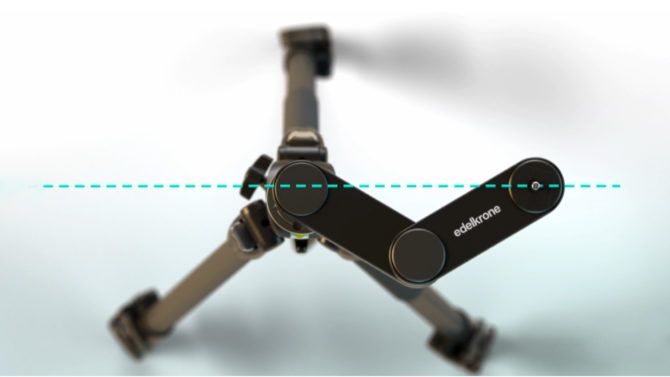 It is quite small, as mentioned, and it’ll fit in your pocket. The portability will be great for some, but the 40cm max length will be very limiting and off-putting to others. Personally, I can see this small range of motion being very useful to me at times.

It does all seem very impressive, although video is perhaps a little misleading if you’re not looking very carefully. Blink, and you’ll miss it. Did you spot it the first time? Go on, watch it again. Can you see it yet? 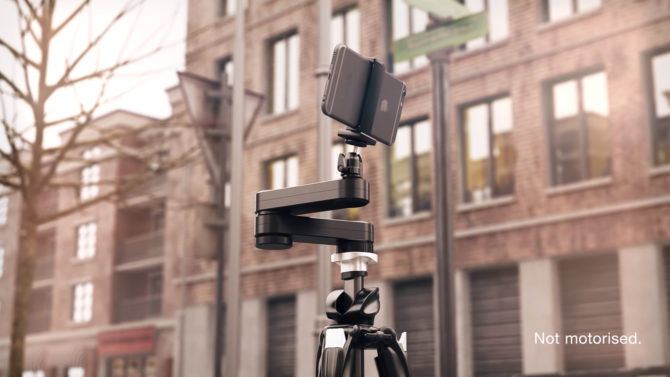 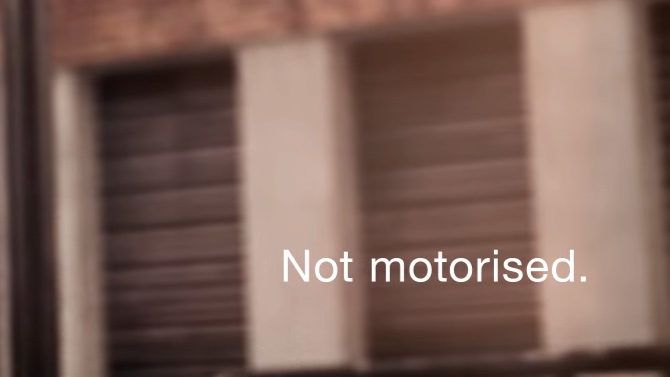 Yes, that’s right. While we see no human interaction in the demonstration video, it is not automated. You do have to manually slide the unit yourself. This isn’t a huge problem. You can adjust the friction to give a smooth manual movement. But, when I first saw the video, I was under the impression that it was motorised.

If it were motorised, I could quite happily pay the $250 price tag. It’s something I could see myself using pretty regularly. For things like product reviews here on DIYP, it’d be fantastic. I could quickly and easily repeat moves at constant speeds, with start and stop points exactly where I want. Then, shoot a sequence, swap out the product for another, shoot again, swap, shoot, you get the idea. Perfectly replicated shots every time. If it were motorised. But, it’s not.

Being manual isn’t a complete deal breaker, in principle, but it does knock the value down somewhat for me. At least for the moment.

Hopefully, I’ll have the opportunity to play with one first hand at Photokina next month, and see if it can win me over. I really do want to like this. I think outside of the example I mentioned above, manual sliding wouldn’t be so bad.

The Edelkrone Wing is available now for $249, and can be ordered through their website.

What do you think? Does the lack of motor put you off? Or are you happy to slide manually? Will you go for one of these or just stick with the slider you already have? Let us know in the comments.

The Wing Is A Clever No-Rails Slider