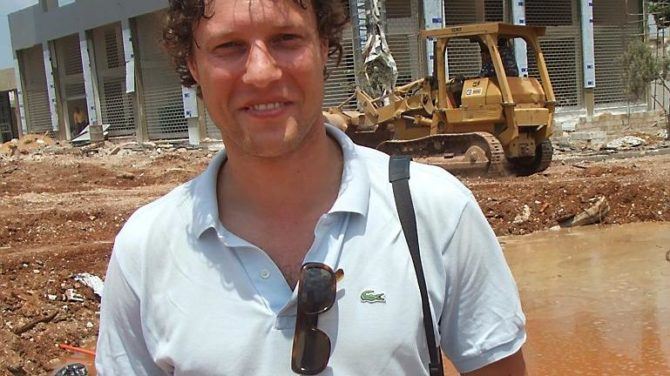 An ISIS sniper is reported to have fatally shot Dutch photojournalist, Jeroen Oerlemans. The Guardian reports that the shooting took place in Sirte, a city over which ISIS have been fighting to control for a year. Oerlemans had been there covering the ongoing conflict in Libya for Belgian publication, Knack.

Eike den Hertog of the Beeldunie photo agency said of Oerlemans, “He wasn’t a cowboy. He was prudent, and very smart”. Hertog has worked with Oerlemans for much of the last twenty years. Oerlemans was scheduled to return home on Monday.

Jeroen Oerlemans: Rest in Peace
Your photographs of #Sirte #Libya and other places will live on forever. Condolences to all who loved him. pic.twitter.com/4VHISL5Dd7

Oerlemans was no stranger to shooting in such areas. He had covered conflict in Afghanistan, Syria, Libya, Sierra Leone, Israel, Iraq and many other locations. Oerlemans was also kidnapped and wounded in Syria and released a week later.

In a statement, Robert Mahoney, Deputy Executive Director of the Committee to Protect Journalists, said, “The death of Jeroen Oerlemans is a reminder that those who bring us images and video from the frontlines often pay the heaviest price”.

I’ve always had the greatest of respect for conflict photographers. Talk about pressure. panicky portrait subjects and even weddings are nothing compared to the stress they go through on a daily basis. It’s certainly more than I could handle.

Oerlemans, 45, is surfived by his wife and three small children. Our thoughts are with his family and friends.