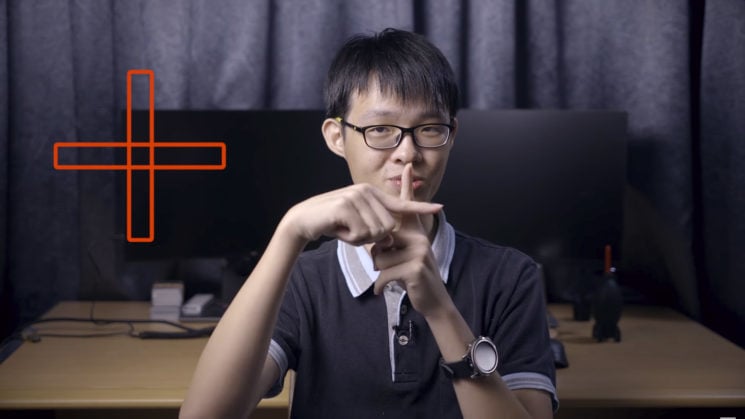 For most people, exactly how phase detection autofocus in a DSLR works is a mystery. All we know is that the AF in the camera we’re using either sucks or it’s awesome. While autofocus can indeed suck, it often fails us because we don’t understand it enough to work around its potential pitfalls. This video from ZY Productions demystifies DSLR autofocus and explains why cross type AF points are a big deal.

Just to be clear, he’s talking about phase detection autofocus in DSLRs. Not the autofocus systems built into mirrorless cameras, which work very differently. It’s a great introduction to autofocus systems, which explains why the type of AF points is often far more important than the number of AF points.

So, in a nutshell, this is the overview of how DSLR autofocus works. As we know, light enters the lens, bounces off the mirror, up into the pentaprism (or pentamirror), and out through the viewfinder eyepiece so you can see what your camera sees. But none of this has anything to do with the AF. A translucent section of the mirror controls that, which reflects light down toward the AF sensor below. 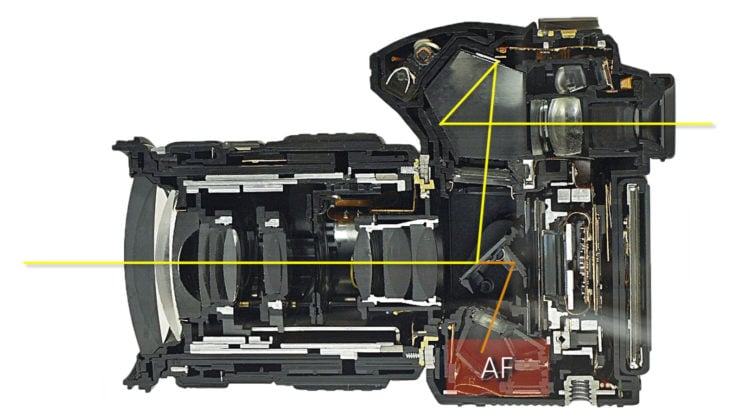 Before the image hits the AF sensor, optical elements split the image into two. These two images are projected onto the AF sensor, and the further apart they are, the more out of focus various parts of the scene are. As the subject you wish to focus on becomes more in focus, those two images merge into one.

It doesn’t look exactly like this, because your lens is looking at a scene in three dimensions. So, whereas above, everything is doubled, in the real world, even though it might be seeing two of the subject you want to focus on, there might only be one set of monitors showing in the background. Then as the focus comes toward your subject, the subject becomes one, and the monitors would split.

This is why DSLRs struggle to focus on things which are a solid shade of colour (or black/grey/white). Because when you blur, for example, a solid grey backdrop, it still looks just plain solid grey. It doesn’t know whether or not it’s in focus because it all looks the same. This is why they need to see detail.

The difference between regular AF points and cross type (and multicross type) AF points, well, you’ll have to watch the video for that. It’s much easier to understand in a video demonstration than it is to try to explain it in text.