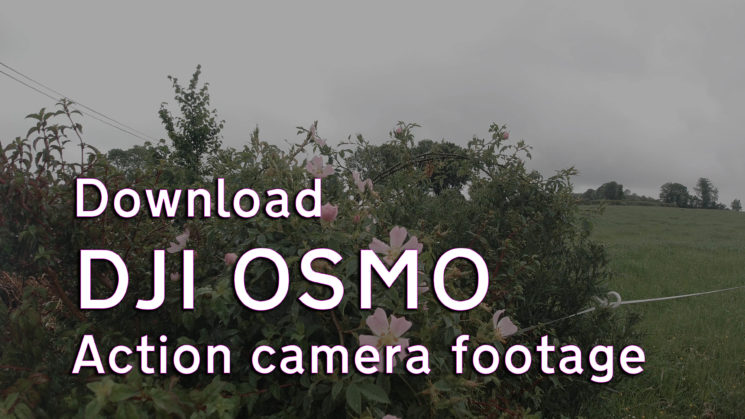 Recently, I picked up the new DJI OSMO Action camera. This new camera is the ‘action’ version of the DJI OSMO pocket. If you want to download some real-world example footage, read through and find the link at the bottom.

Is the OSMO awesome – Yes!!

I had really high hopes for this camera and it is hitting all the marks that I hoped it would. After reading all the of reviews I could find, like the awesome review by Philip Bloom, I knew the DJI was not perfect. I knew that it might not have the best picture profile, which is OK. I wanted a camera that would be used predominantly for moto-blogging, this means cool slow-mo footage (100+ fps), easy to use files (H.264 not H.265) and the best-stabilized footage (out of the camera footage, not using post-processing tools such as Reel Steady or Prem-Pro effects).

A simple button & menu system was high on the wish list as I would be using gloves with the camera often. It turned out my motorbikes do work with the touchscreen display, so that worked out very well! The scrolling menu system is easy to remember and unlike in the video below, is actually easy to use.

The Sandisk Ultra 128 gigs micro SD card worked flawlessly, I read some reports about the Hero 7 being temperamental with cards, so I tried a range of cards (both Lexar and Sandisk. All worked fine. Battery life was surprisingly good too, as was the wind noise. Before the DJI, I used the Session 5 from Go-Pro, which did weigh less and does have a smaller profile. Both of these aspects were noticeable when mounted on the helmet.

While this is not a full-fledged review, I did want to highlight some of the goods and bads I saw with the camera:

The last one and first ones are the only real ones that bug me, but I am really hoping a firmware fix will sort much of this. The hardware is amazing – this is always a good start.

Here are some dropbox links to a range of files.

Each file has some audio describing frame rate and resolution. They have been recorded the put directly on to Dropbox, the files have not been processed at all. (Pro tip, If you are reading this via smartphone: combined, the zip files are about 3.7 gigs, so make sure your device has enough space)

« Fancy a photography field trip to the ISS? No problem, that’ll be $60 million, please
The Zhiyun Crane 3 goes up against the DJI Ronin-S in this side-by-side real world comparison »