Swedish photographer Christian Åslund was fascinated with the view seen from the elevated sky scrapers in Hong Kong. The idea of arcade-like views was later sold to shoe maker Jim Ricky and a campaign was born. It was fascinating to learn how the idea was conceived and executed from start to finish. The actual shoot took only four days (2 scouting, 2 shooting), a team of three and was done with a single camera and lens: Nikon 3Ds with a 70-200mm f2.8 lens on the tele side. More photos and some insights after the jump.

This is what Christian had to say about inspiration for the project:

“I got the idea to the Honkey Kong project when I was in Hong Kong visiting a friend, who had access to a skyscraper rooftop. I’m based in Stockholm, Sweden, which is a fairly small city for being a capital without any major tall rising buildings, like they have in the States, China and other big cities. Being amazed of the view from up there and seeing the daily life from a bird perspective I got the idea of the project. A while later I was commissioned by the shoe brand Jim Rickey to shoot an advertise campaign and managed to sell the idea to them.

The mission of the campaign was to do a tribute to classic 2d platform video games, old-school side-scrolling games like Donkey Kong, and let a person navigate the streets. I have my background in photojournalism and even if this was an advertise shoot, I wanted to keep the retouch to a minimum, instead of shooting towards a greenscreen or white backdrop in the studio and using a composition in post production, we wanted to shoot it live on location in Hong Kong. They feeling of the images being shot in the field is more authentic and very difficult to resample in the studio. 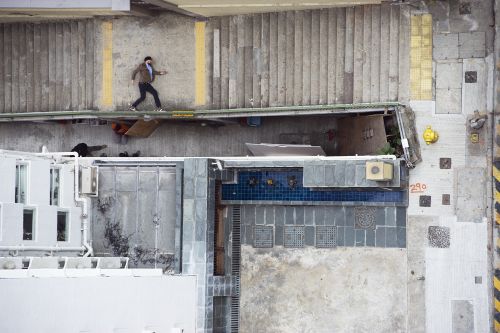 And here is his input on the actual production

A couple of weeks later we went back to Hong Kong with a very small production team of three people, me as photographer and creative director, a production manager and an assistant. Instead of bringing professional models with us, we knew it was more about the feeling of the images and that a too big of a crew would slow us down. Therefor we decided to shot it within the team, using ourselves as models, and also found some additional people on the ground that we could use. The most difficult was to get access to the different rooftops and to be able to scout as many locations as possible. The language was also an issue so we needed local fixers who spoke Cantonese. We contacted a local film school and got hold of two students that we hired as fixers. The production schedule was very tight so we only had two days of scouting and doing test shots, then two days of shooting the series of 10 images.

By shooting from as high above as possible, using a tele lens to make the images more flat, it was possible to create the feeling of the model being the players alter ego, the character, and the actual image would be the players perspective. We then used walkie-talkies to communicate with the persons on the ground, fine-tuning them in the right perspective and also having a overview of incoming traffic since we were actually in the middle of highly traffic streets, and did not have time, or budget, to close it of. 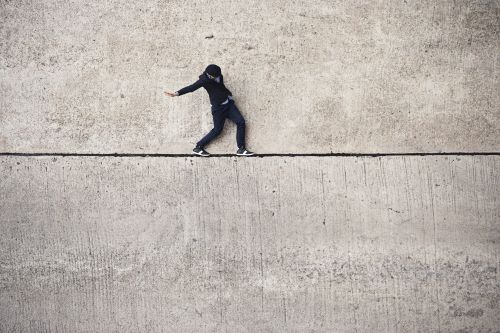 And lastly a message for the readers of DIYP:

I believe the Honkey Kong campaign series worked since it’s a bit weird and twisted perspective of an ordinary view. We have all been up on a higher point looking down, but perhaps not though of it in that way. I would love to see if people would take the idea further and do their own versions of the concept. 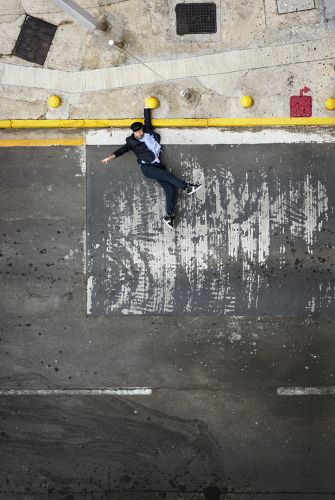 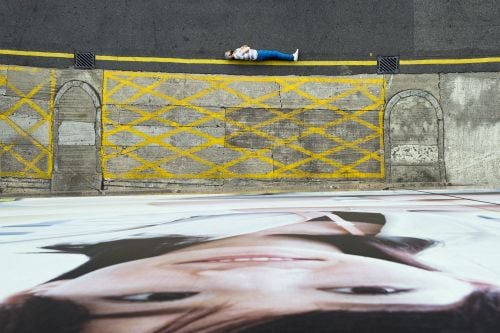 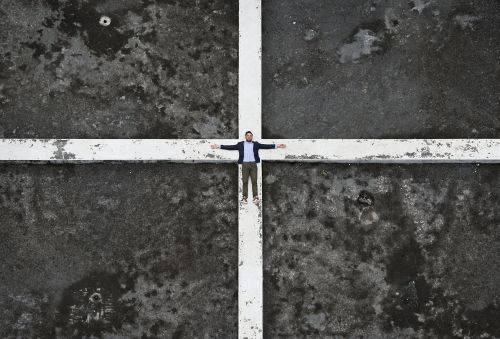 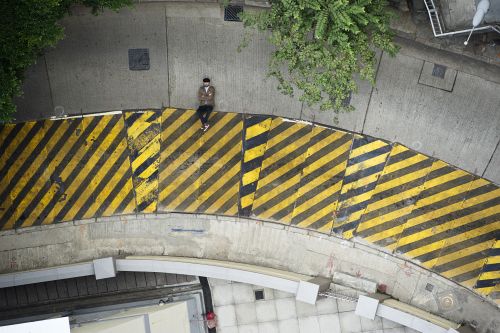 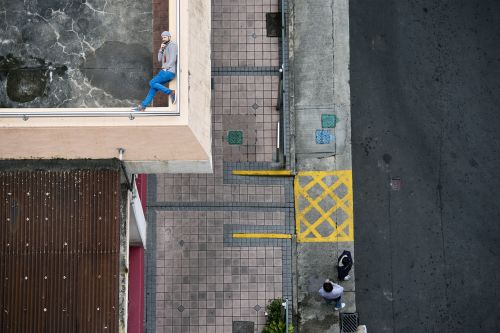 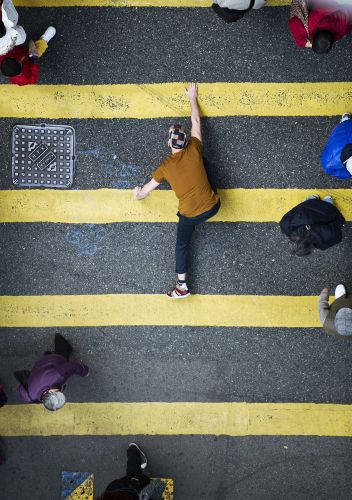 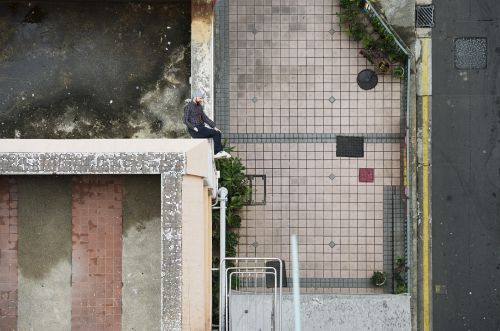