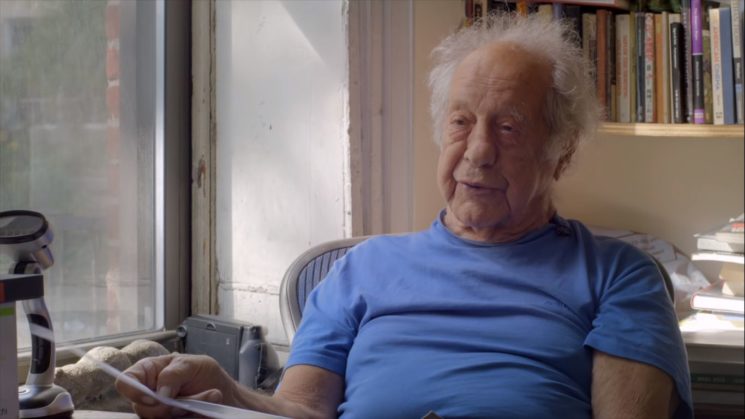 Robert Frank, documentary photographer best known for his 1958 book The Americans, has passed away on Monday, 9 September at his home in Nova Scotia, Canada. His death was confirmed by Peter MacGill of Frank’s longtime gallery Pace-MacGill.

Frank was born in Zürich, Switzerland in 1924. He showed interest in photography in his youth and he was trained under a few photographers and graphic designers. In 1946, he created his first hand-made book of photos titled 40 Fotos. Frank immigrated to the United States in 1947, where he got a job in New York City as a fashion photographer for Harper’s Bazaar.

The year 1950 was an important turnover for Frank. That year, he met Edward Steichen, who was the curator at the Museum of Modern Art (MoMA) at the time. He participated in the group show 51 American Photographers at the same museum. This was also the year when he got married to Mary Frank (born Mary Lockspeiser), with whom he later had two children, Andrea and Pablo.

In 1955, Frank set off with his family to a two-year-long series of road trips. He drove over 10,000 miles in a used Ford Business Coupe. He took 28,000 shots, and he selected 83 of them for publication in The Americans. His photos focus on everyday life and people of the USA, and his trip didn’t go without incidents. He was arrested “at least twice,” according to Artsy: once in Detroit “for consorting with African Americans,” and once in Little Rock, Arkansas on suspicion of “Communist sympathies.” The Americans was published in 1959 featuring an intro by Jack Kerouac, whom Frank met in New York in 1957.

After The Americans was published, Frank turned to filmmaking, and his probably best-known short film is Pull My Daisy. He returned to still images in the 1970s, and he published his second photographic book, The Lines of My Hand, in 1972. Frank has published more than 15 other books, he shot 19 more movies, and participated in numerous group and solo exhibitions.

« Apple’s new iPhone 11 has triple camera system and it’s all about photography and video
This breathtaking video of a comet was made from 400,000 Rosetta probe’s images »