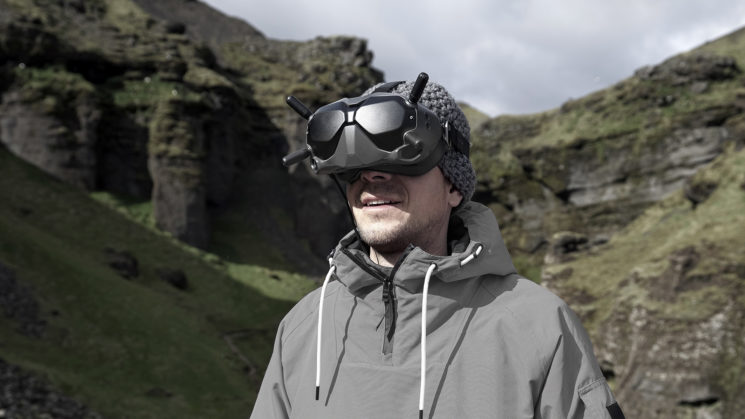 With the consumer and commercial video drone markets pretty much sewn up, DJI is turning its attention towards drone racing, with the new DJI Digital First Person Viewing (FPV) Transmission System. The system includes goggles, an FPV Air Unit Transmission Module, an FPV remote controller and an FPV camera.

Together, DJI says, the system offers smooth, clear HD video, with ultra-low latency and long-range transmission. The FPV camera can also record 1080p video at 60fps, or 720p at 120fps, while the goggles can record 720p at 60fps for instant playback. They also say it holds some strong anti-interference technology, too.

FPV racing is something of a break from the usual DJI round of more video-centric drones we typically see them release. But it makes sense to start moving into the as yet largely untapped market to bring in their expertise. They’re good at video, and they’re good at transmitting it across some decent distances.

Racing is also a rather rapidly growing market, with some of the weight restrictions being put on drones in certain parts of the world. Not to mention how easily they can be made, thanks to things like 3D printing.

Of course, the DJI FPV camera is limited to 1080p, and you won’t get the kind of stabilisation you would with something like a Mavic Pro 2, but it’s probably going to serve better than many of the cheap alternatives currently on the market. That being said, there have been some pretty good films made that were shot with racing drones.

DJI says that the end-to-end latency of the FPV system is only 28 milliseconds, which isn’t far off more traditional analogue systems. But their system also has a range of up to 2.5 miles, and anti-interference technology that lets you have cameras 8 cameras and drones flying around simultaneously without getting in each other’s way. At least, not over the airwaves.

And there’s nothing to stop you mounting this onto a more capable drone platform, either. You can have the FPV camera mounted to a large drone for a pilot to be able to see where they’re going, and then have a separate operator controlling the main camera and gimbal that will create your higher quality footage and photos.

You can find out more about DJI’s new Digital FPV system on the DJI website.