It goes without saying that this is more than likely going to be illegal to do in much of the world, but it seems that DJI’s recently released FPV Drone & goggles have been hacked to trick the GPS into thinking it’s flying in the USA. Why might this be desirable? Well, the DJI FPV Drone offers over 1,400mW of transmission power. But for most of the world outside of the USA, it’s limited to 25mW (the legal limit in many other countries).

The new web tool, called “B3YOND” classes itself as a free DJI FPV Drone “unlocker”. And there are legitimate (and potentially legal – if you have all the necessary permits) needs and ways to fly with the drone’s full power unlocked, although the author of B3YOND, D3VL says those platforms “charge an exorbitant amount” of money. So, they decided to release their own tool for free. 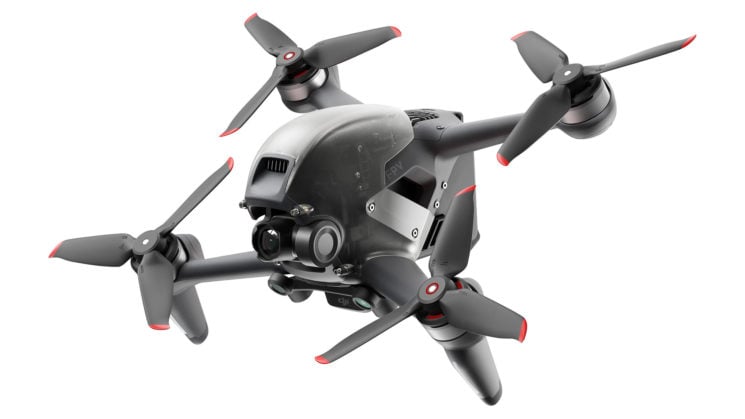 The tool essentially tricks the drone into believing it’s in the USA putting it into “FCC Mode” via the drone’s FPV goggles over USB from your browser using the new Web Serial API. This new API allows your browser and websites to communicate directly with serial devices plugged into your USB ports. So there’s no app to download.

The normal transmission power limitation on the DJI FPV system in Europe is a mere 25mW. But this tool boosts that up to over 1,400mW. It’s a largely automated process, with on-screen instructions of what to plug in and turn on in what order and can be implemented in a few clicks. No source code is available yet, although D3VL says that will be going up on a GitHub repository soon.

Again, 25mW is the maximum unlicensed power you’re allowed to transmit in many countries around the world, particularly Europe. That means performing this modification without being in possession of the required permits to transmit stronger signals would be illegal. So, we’re certainly not suggesting that you go out and do this to your DJI FPV drone, especially as many countries have been cracking down on drone laws and licensing over the last few years.

Chances are, DJI will likely patch this “undocumented feature” soon with a firmware update anyway.

« Comedy Pet Photo Awards 2021 is open for entries; here are some unseen photos to inspire you
How to blend nature photography prints with your home décor »