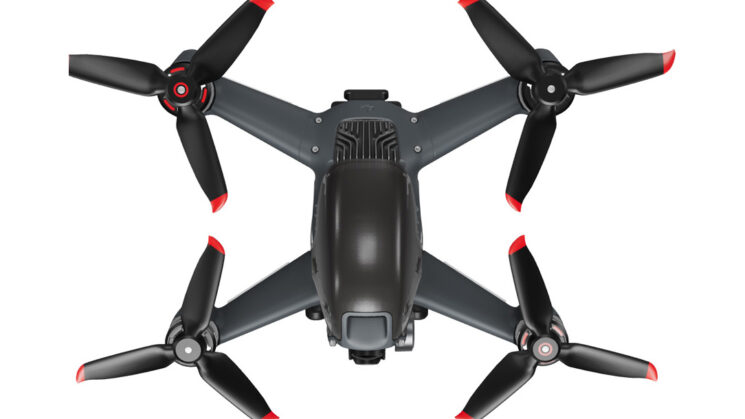 Well, it looks like the DJI Mini 3 Pro isn’t the only small drone that DJI’s been working on lately. According to leaks from both OsitaLV and DealsDrone, DJI’s also been working on a small-ish (~500g) FPV drone in the CineWhoop style. CineWhoop is a relatively new style of drone designed for shooting high-quality video footage while flying FPV.

FPV has become popular for not only showcasing the abilities of drone pilots but it’s even become a thing in Hollywood now with a lot of movies seemingly jumping on the tech. I even spotted some FPV shots while watching Ambulance the other day (some of them are in the trailer). So, it makes sense that DJI is looking to exploit this market.

According to the leaked tweet from DealsDrone, the Avata is compact and will way around 500g. It can fly indoors and is expected to have photo quality similar to that of the DJI Mini 3 Pro. It will have “improved” battery life (improved over what, is unclear). They also say that “manual mode is not supported”. Assuming this means manual exposure, that would be unfortunate for a drone designed specifically for cinema.

Avata is compact and weighs about 500g
Can fly indoors
The photo quality is much better (guess that the Mini 3 Pro is the same)
Greatly improved battery life
Manual mode is not supported
Head chase mode
Vibration function
Touchpad for glasses menu
Glasses can connect to phone pic.twitter.com/WUqpjXXEnK

There is some logic for automatic exposure with FPV, especially when you’re potentially viewing drastically different scenes from one second to the next as you flip from pointing up at the sky to down at the ground and then slipping into a dim building through an open window. One level of exposure isn’t going to give you the best results in each of those three situations that could literally be seconds apart. But one would hope that they’d be some form of manual exposure mode override for those situations where you do have complete control over the lighting throughout the shot.

Model name of DJI Avata is WM169, as the reference, DJI FPV is WM170. pic.twitter.com/XAV8MbUgpE

While the “CineWhoop” term is relatively new in the drone world, these cameras have actually been around for a little while. They’re typically self-built by the pilots who fly and film with them and often involved things like stripping down GoPros and other components in order to make them as lightweight and nimble as possible. We’ve been showing off such drones here on DIYP since at least 2016. Who doesn’t remember this one from Robert McIntosh?

At the time, Robert was one of a very short list of people doing this style of drone filming but it’s become much more popular in the last couple of years and its popularity is really climbing right now, spurred on by videos like Jay Christensen’s “Right up our Alley” video shot in a bowling alley and released last year.

The FPV sequences in the film I mentioned earlier, Ambulance, were shot by 19-year-old 2019 Drone Racing League World Championship winner, Alex Vanover. Universal Pictures posted a behind the scenes video to YouTube recently talking about the filming choices, why it was used and some of the filming goals.

There’s no word yet on a price for the DJI Avata or exactly when DJI might it, although DroneDJ reports that it might be either July or August, but the fact that DJI’s looking into it at all tells us that they consider the CineWhoop style FPV drones to be a serious potential market.

It will be interesting to see the take up on the DJI Avata if and when it’s released. I think most of the more experienced pilots that film through FPV will still just continue to build their own systems, though.

How about you? Would you buy your FPV cinema drone given the chance or would you still prefer to build it yourself?