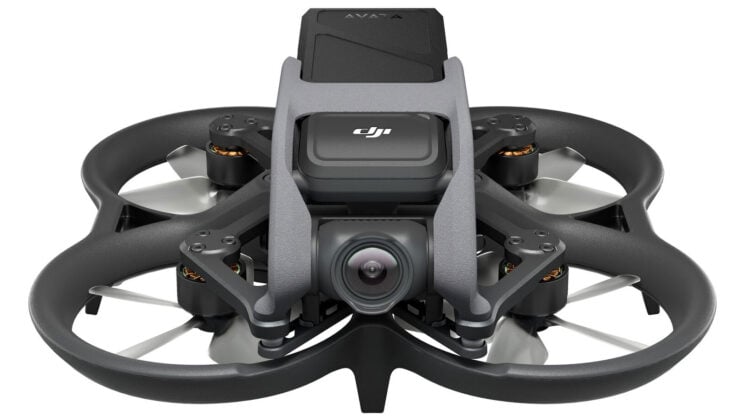 DJI has announced the new DJI Avata drone, their attempt at a teeny tiny “cinewhoop” style FPV drone. On paper, it makes DJI’s previous FPV drone pretty much obsolete overnight, with a slightly wider field of view, a stop better ISO performance, larger max image size, higher video bitrate and more in a much smaller package. Bad news for those of you who were hoping it would fall under the 250g weight limit, though. It doesn’t.

What it does have, though, are built-in prop guards – making it safer while reducing the chances that it hitting something is going to cause it to crash – and a compactness that makes it much easier to travel with and use. The DJI Goggles V2 have shrunk a pretty significant amount over past DJI headsets. The Avata also features downward-facing obstacle avoidance to help prevent you from crashing into the ground.

The Avata is a drone that a lot of people have been wanting for a long time. Many were hoping that this is what DJI’s original FPV drone would be, but it’s taken them a little while to figure out exactly what people needed. Now, they seem to have done – at least for those new to flying FPV to capture cinematic footage. There will always be those for which the only solution is a fully custom-built drone they’ve designed and put together themselves for their own needs but if you’re just beginning to test the water, or want something they can whip out and fly quickly and easily whenever the mood strikes, the Avata looks like a great option.

While you can connect the Avata to the standard FPV Remote Controller 2, the Avata is designed primarily to be controlled by the new DJI Motion Controller. This takes the natural movements of a single hand and translates those to the drone, letting you move around simply by moving your hand. Think of a Wii controller, but for your drone. DJI says that this makes it easy for even beginners. 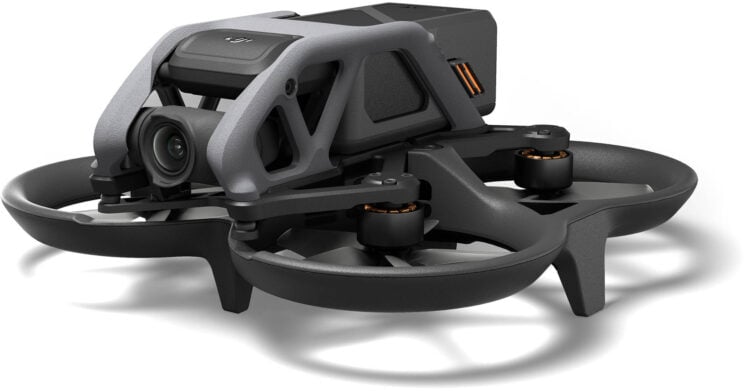 But obviously, this is DJI, so being able to shoot decent video is just as important as ease of use. The Avata uses the same camera for both its FPV transmission as well as the video it records. This means that what you see is exactly what you get, and that’s 4K 60fps footage with a 1/1.7″ 48-megapixel CMOS sensor with an f/2.8 lens that offers 155° field of view. It includes just a single-axis gimbal, but on an FPV drone, you really don’t want more than this anyway most of the time.

It features downward-facing binocular vision sensors and a ToF sensor to detect obstacles on the ground as well as the distance from the ground (or whatever is “below” the drone in the orientation it’s currently at) making it safer to fly pretty close to the ground and other surfaces parallel to the underside of the drone. Around the blades are propeller guards making the blades safer from stray fingers, but also helping it to bounce off things it might accidentally fly into instead of just coming to a screaming halt and crashing. It won’t work for every impact, but it’s certainly going to help with some.

The palm-sized drone measures only 18x18cm side-to-side and front-to-back. It’s only 8cm tall, too, making it extremely compact. Sure, it doesn’t fold up like DJI’s Mini or Air series drones, but FPV drones generally don’t. Such mechanisms often make them too heavy and too bulky. But still, at 18x18x8cm, it’s small enough to throw into a backpack, with room spare for the controller and Goggles V2.

The DJI Avata comes in three packages. There’s the basic drone-only package which includes the drone, a single battery, charger, gimbal cover, a couple of spare props, screws an Allen wrench and a USB cable. the Fly Smart Combo package adds to this with the DJI Motion Controller, DJI FPV Goggles V2, some more spare props and a spare battery. The Avata Pro View Combo comes with DJI Goggles V2 (which are apparently different to the DJI FPV Goggles V2 – and both offer different specs as well as physical size). 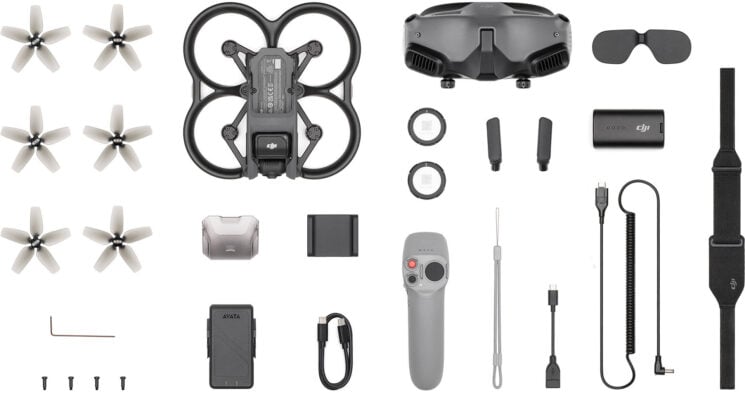 It certainly looks like DJI has finally gotten the memo on what an FPV drone should look like. while their first FPV drone attempt did result in a pretty good drone, it wasn’t really the kind of vision that springs to mind when you hear the phrase “FPV drone”.

The DJI Avata is available to pre-order now for $629 as a drone-only package, as a Fly Smart Combo for $1,168 or in the Pro View Combo for $1,388. The “Fly More” kit, which includes two extra batteries and the quad charger costs another $279. There’s also an official DJI ND Filter kit for $79 that includes 3, 4 and 5 stop ND filters.

A drone-only package didn’t make sense to me at first until I remembered that this was an FPV drone. If you buy the Fly Smart or Pro View combo packs and kill your drone six months down the line, it’s handy being able to get a spare drone for half the price without being forced to buy the extra bits you don’t need to duplicate.

« Photo of a “zombie fungus” infecting a fly wins 2022 BMC Ecology and Evolution competition
The “Pi Cam” is a 12-megapixel, 3D printed, Raspberry Pi-powered camera you can control from anywhere »