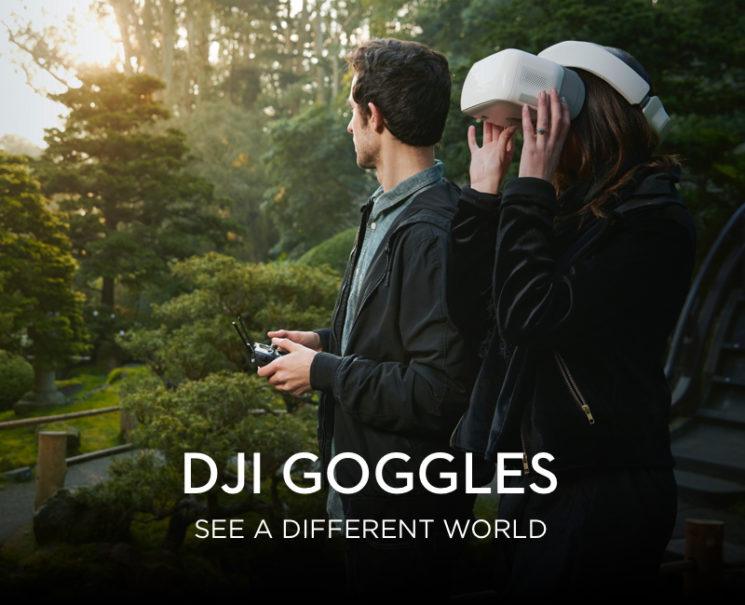 DJI has officially brought FPV goggles for to Mavic Pro, Phantom 4 and Inspire series of drones. They have launched DJI Goggles, which will bring you the first-person view of the world the from bird perspective.

It’s like you can fly where your drone flies and see the world below you – in full HD, of course. DJI Goggles have two 1920×1080 screens, providing more than twice the amount of pixels of a typical 2K single screen. In addition, they have some more cool features, so let’s take a look.

DJI Goggles are able to offer both 720p/60fps and close range 1080p/30fps viewing with an extremely low latency of just 110ms. Through DJI’s OcuSync wireless transmission system, you can connect up to four devices to the Mavic Pro simultaneously.

Antennas built into the headband ensure 360° of coverage, and you’ll have a reliable connection even if the drone is flying behind you.

DJI Goggles can be paired with several intelligent flight modes. DJI points out that they make a perfect pair with their new Intelligent Flight Mode: Fixed-Wing Mode. In this mode, the drone doesn’t turn left or right, but flies forward with enough rotational movement for realistic flight simulation. Other Intelligent Flight Modes include Terrain Follow, ActiveTrack, TapFly, Cinematic Mode and Tripod Mode. 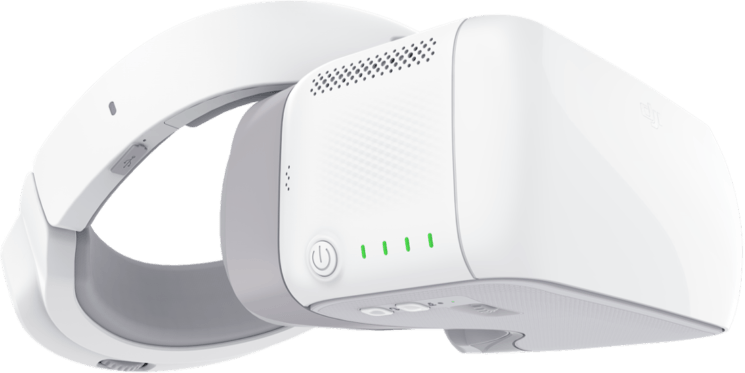 What I find particularly interesting is the Head Tracking Mode. It enables you to control both the drone rotation and the camera tilt by turning your head. This feature made me instantly think of playing racing video games as a kid, when I would lean left and right while driving through curves. Good times.

Finally, the goggles have a sleek design and they’re comfortable for wearing. I can hardly imagine it since they weigh a kilo together with the headband. But DJI claims that the headband design balances and spreads the weight of DJI Goggles around the head evenly.

The goggles are available for preorders on DJI’s website at the price of $449. The shipping begins fairly soon, after May 201, 2017.

Although it seems like I would get a massive headache after 30 seconds (and probably also crash a drone), I’m dying to try this. What about you? Will you get a pair of DJI Goggles for yourself?

[DJI Goggles via No Film School]