Cancel your weekend plans, we’ve got an Iris Lamp to build! The awesome DIY tutorial comes to us courtesy of Jonathan Odom, a full time designer and maker over at the Instructables Design Studio. Odom’s portfolio of builds is pretty incredible, but this aperture inspired wall lamp really grabbed our attention. (Kinda reminds me of the Aperture Ring Box we featured not too long ago!)

Odom says the design for his Iris Lamp is somewhat of a spin on a similar lamp he made (which you can check out here). For both designs, he says he was inspired by the notion of “mechanical movement in design that’s typically static.”

The light is powered on and off simply by rotating the outer wood ring, which also opens and closes the aperture iris.

“The Iris Lamp is a disc shaped wall lamp with a mechanical iris built in. Turn the disc and LED lights click on, shining through the moving iris and glowing through wood veneer.”

You’ll have to head over to the original Instructables post to for the full set of build plans–you can download the 3d files Odom used to design the lamp in case you want to make some personalizations to the build. You can also grab the .pdf files for laser/CNC cutting or a separate .pdf if you plan on using a drill and jigsaw to make the cutouts.

Here’s some photos from the actual build itself to whet your whistle. Odom used maple wood ply and veneer for his project, but, as ttopee1 mentioned, it’s also possible to make the build out of acrylic, which I think looks pretty cool, too! 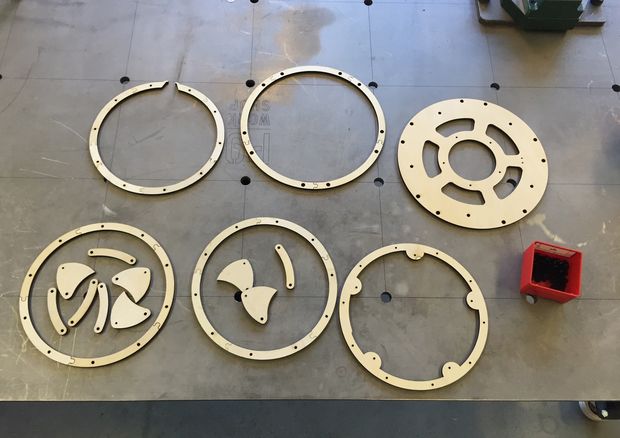 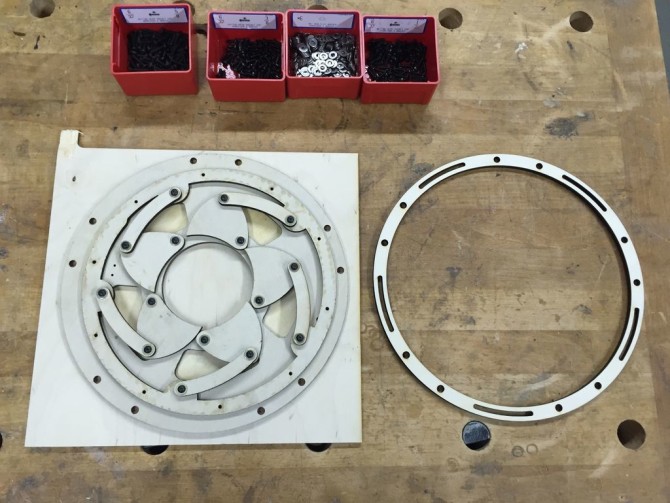 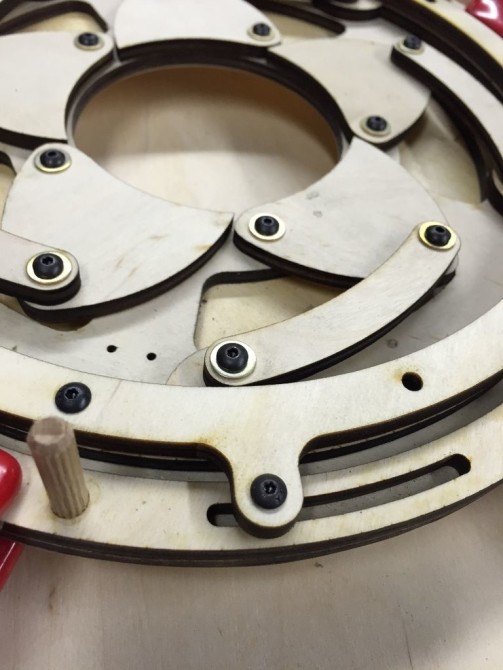 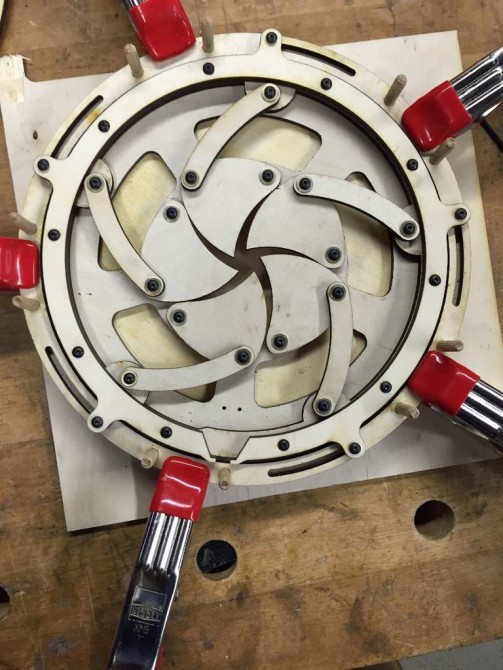 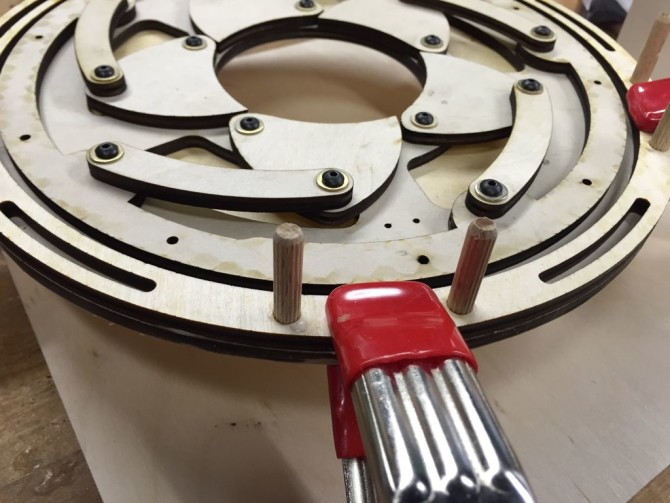 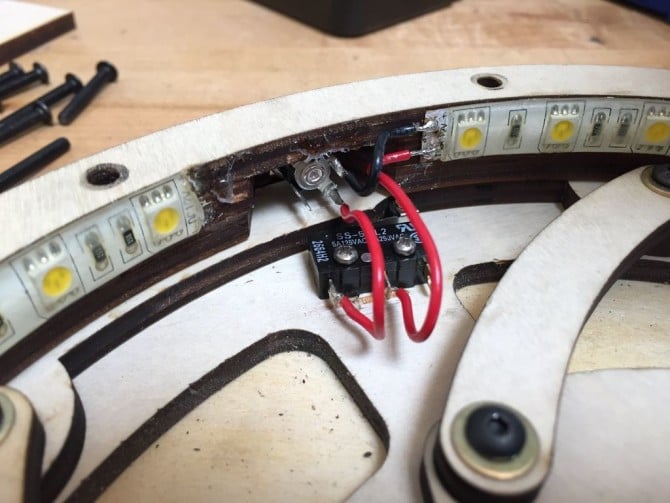 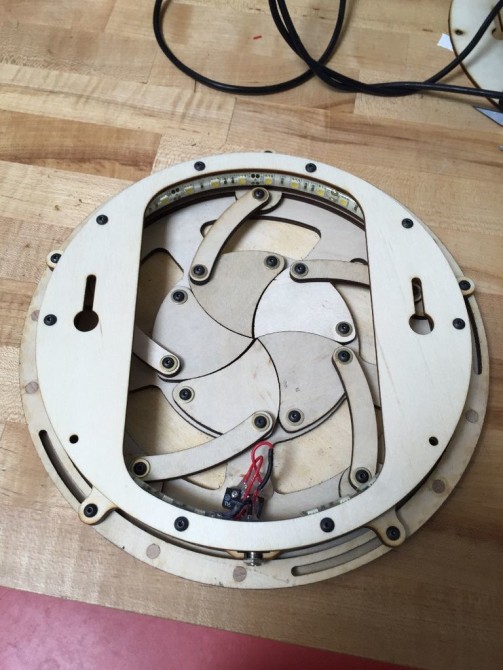 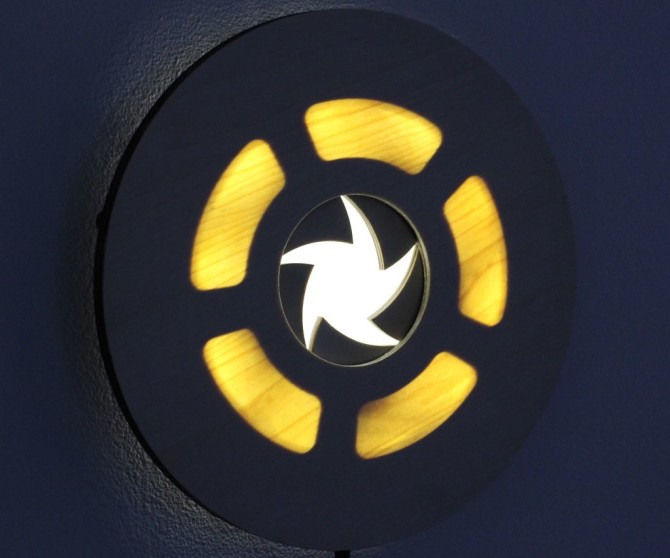 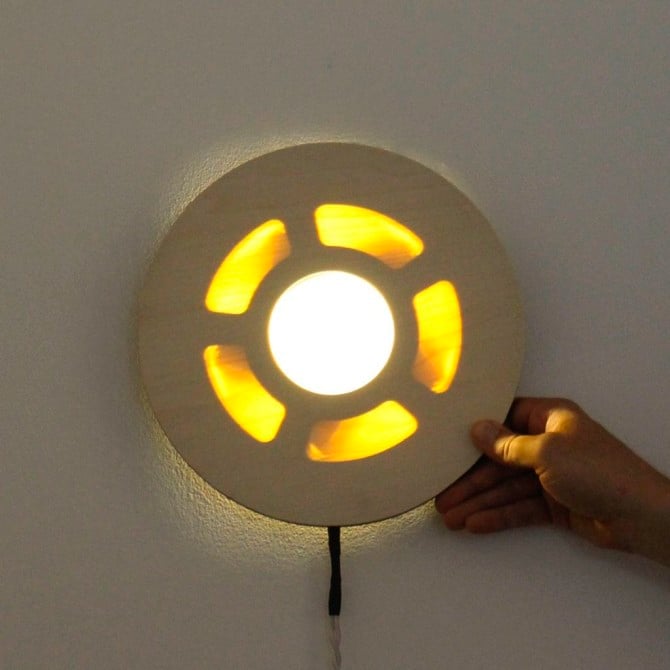 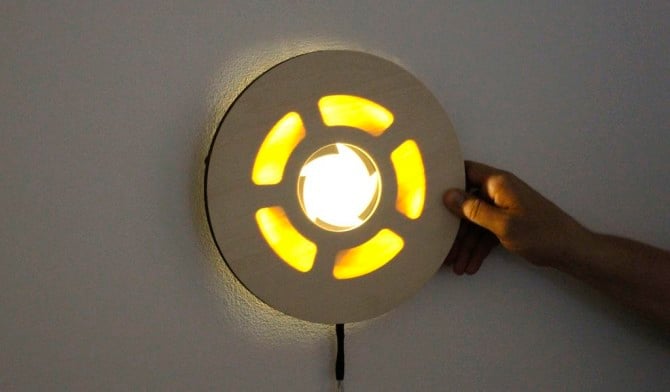