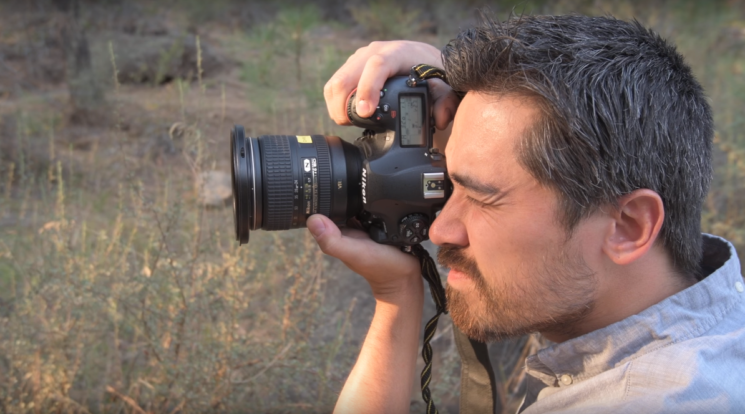 Nikon D850 is an impressive camera, at least on paper. Guys from The Camera Store TV decided to put it on a thorough hands-on field test. In their latest video, Chris Niccolls and Jordan Drake visit Bend, Oregon to try out the camera for, video, stills and even 8K/24p timelapse. They talk about good and bad sides honestly, so if you’re still thinking whether D850 is worth the upgrade or not – this video should give you a pretty decent insight.

In the first part of the video, Chris talks about photography and how this camera performs for shooting stills.

The first thing he comments is the lack of pop-up flash. But, on the plus side –there’s a very large viewfinder (Nikon says it’s their largest to date).

Nikon D850 features an electronic shutter in addition to the mechanical. It’s very stable and completely silent. While the ISO can be expanded to 102400, the low ISO 64 gives you a bit more variety, as it lets you slow down the shutter speed for long exposure shots during the day. According to Chris, Nikon D850 has a great dynamic range as well.

Chris tries out the camera for some motocross shots. 3D autofocus tracking is impressive for stills even for the fast-moving subject. However, the AF is pretty poor in the live view. Also, even though you have 30fps continuous shooting, in this case, the panning and movement cause weird distortion in the images.

You can switch to DX crop to get closer shots, and you’ll get the frame lines of the crop so you can get your frame accurately. If you have the problem with storing 46MP RAW files, you can reduce the size of the images and choose between large (45.4 MP), medium (25.6 MP) and small (11.4 MP).

Nikon D850 features Face Detect function in Live View. Although we’ve seen it’s not really stellar when it comes to the videos, it works well for stills. At least as long as the faces are not moving fast.

As for night photography, the camera focuses even in minimal light. You can crank up the ISO to 25,600 and still get sharp images. There’s a nice touch to facilitate night photography – the buttons are illuminated.

While Chris talks about photography, Jordan films him with his Nikon D850 and he talks about the video performance. It has its pluses and minuses. While this camera is improved compared to the previous models, it’s still not the best choice to be your primary video camera.

On the plus size, you’ll get a sharp image in both full frame and DX/Super 35 crop. The same goes for high ISO and low-light performance, which works great in both formats.

The camera’s Flat profile is not quite as good as a dedicated Log profile. But according to Jordan, it has a great dynamic range and it’s easy to color grade.

Just like for photography, ISO 64 is also great for the video, because it reduces the need for ND filters in bright daylight or when the weather is changing from sunny to overcast.

Jordan also points out that the flip touchscreen is great, with a good viewing angle. If you need the slo-mo footage, you can shoot video at 1080p at 120fps.

As for the face tracking, it isn’t really good for the video. We’ve already seen some examples, and you can also see it in Chris’ and Jordan’s video at around 16:00. There’s also no focus peaking, and the audio is pretty bad even at half volume level.

If you’re into timelapse, Nikon D850 doesn’t build the sequence in camera, but you have to process the 8K images yourself. All in all, the video quality of this camera is good, but it’s a stills camera above all.

As a conclusion, if you’re getting Nikon D850 for photography, you’ll most likely love it. It’s versatile and useful for different genres of photography. As Chris says, it looks like Nikon’s giving you everything they can at the moment. But if you need a primary video camera – then I wouldn’t say this is the one you should choose.

Here are the first hands-on previews of Nikon D850