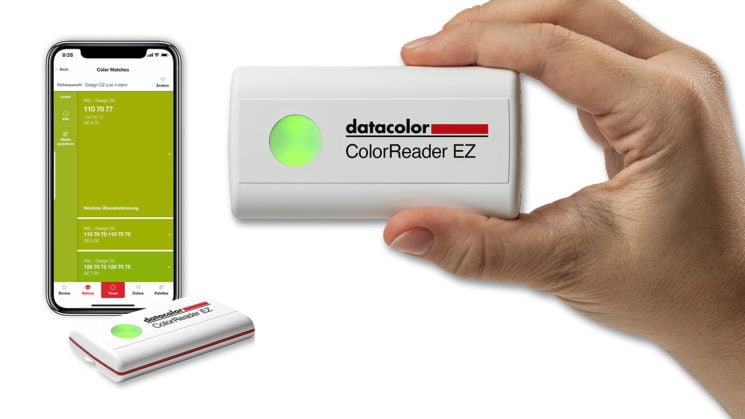 Datacolor has increased their range of ColorReader products with a new low-budget ColorReader EZ. The new device comes as a cheaper alternative to the company’s ColorReader and ColorReader Pro products, allowing users to measure and match colours for better coordination and consistency in your scene.

It doesn’t have a lens, uses only a single LED to light what it’s measuring and there’s no built-in display, relying instead on a smartphone app over Bluetooth. It’s slightly less accurate than its more expensive counterparts, at “over 85%”  (vs 92% for the Pro version) and offers up results in CIELAB, RGB and HEX values. 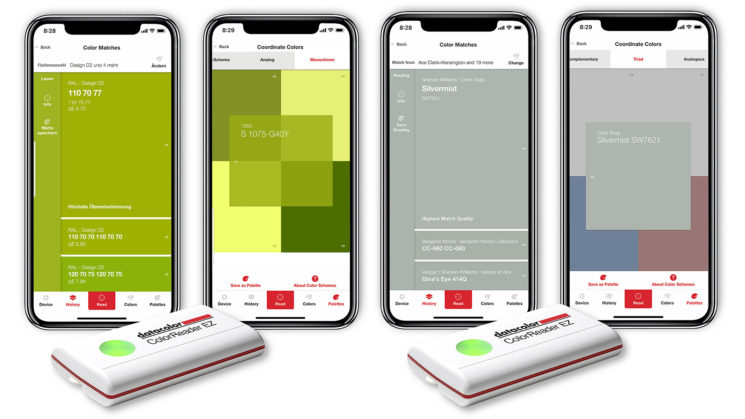 As well as CIELAB, Hex and RGB values, the ColorReader app also offers up the three closest paint colour matches from the most popular paint brands. Very handy if you’re looking to paint a set to match a certain thing you need to photograph. It also gives users a match for Savage backdrops.

It’s a basic unit, offering just a trigger button, a single white LED and colour sensor and is powered by a pair of CR2032 coin cell batteries. It’s a cut-down version of its more expensive siblings but it comes with a cut-down price, too, at only £65 including VAT in the UK or $59 in the USA – about half the price of the standard model and a quarter the price of the Pro.

It’s not quite as capable or as accurate as the more expensive models either, though. So, there are still reasons to buy the higher-end ones, depending on the level of your production and just how closely your colours need to match.

The Datacolor ColorReader EZ is available to buy now, although it looks like it’s only through the Datacolor website at the moment and hasn’t quite hit other retailers yet.

How to colour match footage from multiple cameras and drones

« Sony is leaving Brazilian market after nearly 50 years
Watch: Monkey steals a man’s phone and takes a bunch of photos »