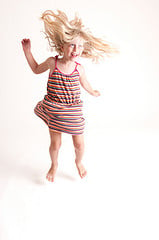 The next hack is pretty trivial so if you have a seamless backdrop mount already feel free to skip forward, if not here is a way to build such a mount for as little as $5. (Actually, the mount by itself is about $2, the other three are for some extras).

Actually, This is how I mount (and store) my seamless white backdrop at my basement studio, and thought it may have some sharing value if you are in a similar position and space confined.

I started off with two angle strong ties, the ones you use to bind wooden beams together. I am using the ones that are about 7cm on each side of the angle.

I mount one of the strong ties on the wall (about 7cm from the ceiling). 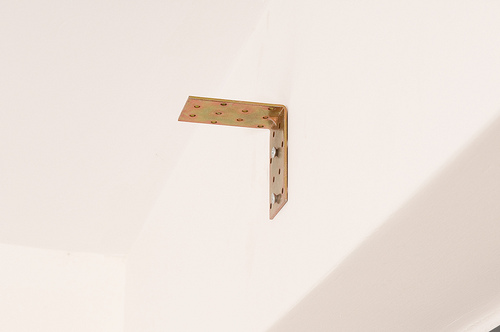 Then I measured about 3.25 meters and using a level I mounted his buddy, the other strong tie. I chose 3.25 as the average seamless is 2.75 and I wanted some spare space for the beam. Beam? Read on. 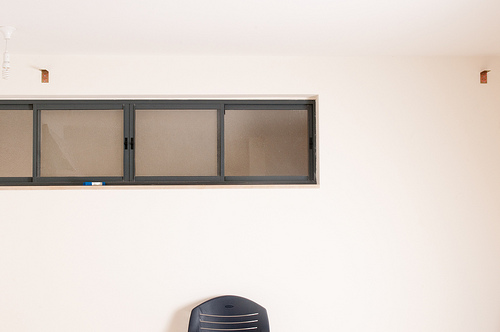 That’s about it for the actual mount. Now comes the part where I needed to actually mount the seamless white on the wall. I needed some sort of pole to go through the seamless white roll and attach to the brackets. I used a 3 meters 1cmX4cm wooden beam for that. 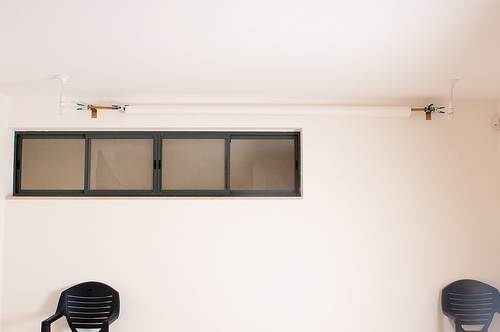 The beam can be used to mount fabric backdrops as well, though I really intend to use if with seamless white most of the times.

I am using pony clamps on both sides to secure the beam to the brackets. I am also using an additional clamp to make sure the roll does not unroll. 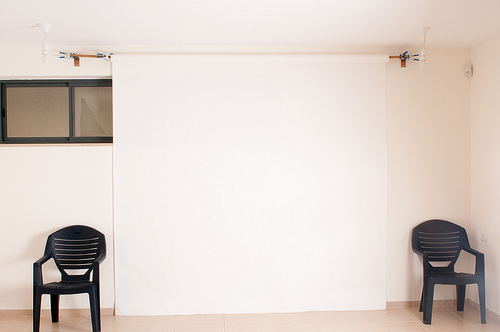 Since the plan is to have an almost fixed seamless white up there, and since paper backdrops and floor storage don’t really work that well together, (and since I only have one paper backdrop) I plan on storing the backdrop on that beam as well.

Lastly, the wall mounted bracket is also used as a stand for my hair light (which is an SB on a NastyClamp with a CPU cooling grid). 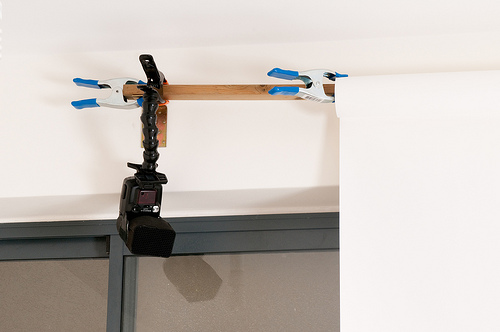 Just before ending this post, I’d like to turn you to one of my favorite items on Amazon. Every once in a while Amazon will sell rolls of 60″ wide HP printing paper for as low as $18. Those are 100 feet long and will serve as poorman’s seamless white.

Are you living and shooting in confined spaces? how are you mounting and storing your backdrops? Share in the comments.