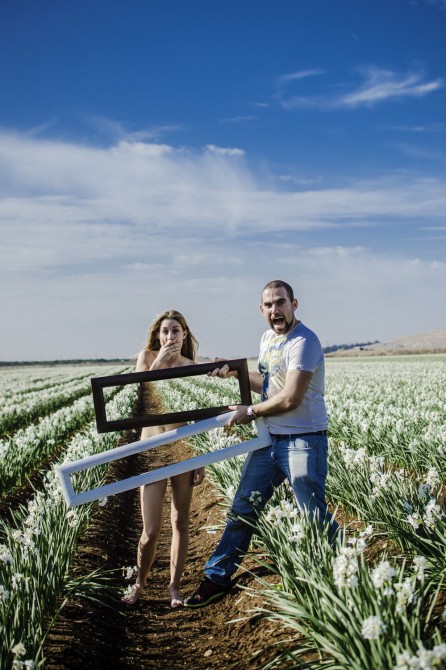 I have shot implicit nude before, and one of the things that I find to be hard on this type of shoot is how to hide the parts that you do not want to reveal in the final photo. Aside from the artistic decision, there is always the concern that the model will be exposed beyond what he/she had signed for. One night, while drinking my whiskey I had an idea – instead of hiding certain body parts, I can make them transparent. I thought that it would keep a very exposed feeling, while keeping the final photograph modest enough.

The first set of framed portraits was shot at an abandoned military base in the north of Israel (not telling where, but let me say that I practically shot on the verge of a civil war). I photographed Anna, a model I have worked with before, so we were comfortable experimenting. I also took a few framed photos I had around the house. A Pink Floyd framed poster and a few other framed beer coasters. 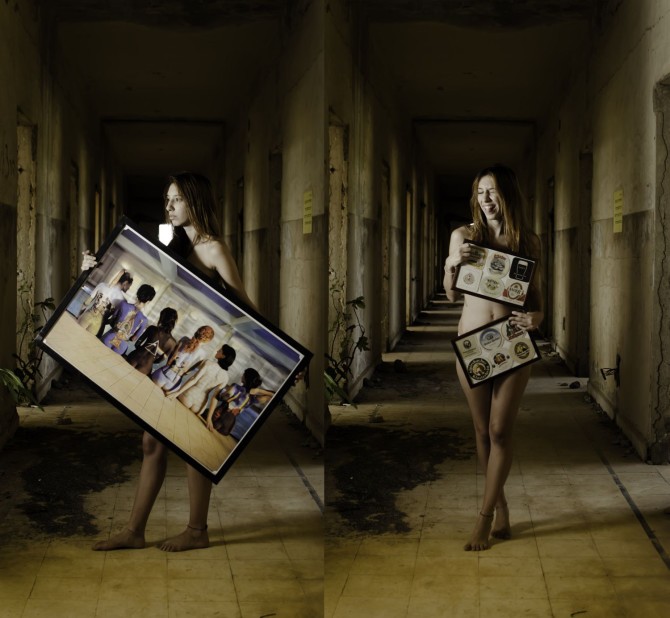 The concept was placing the camera on a tripod, shoot the model holding a frame, and then re-shoot the same photo without a model and compose the two images in post. Photoshopping is fairly simple – it’s almost a square mask. 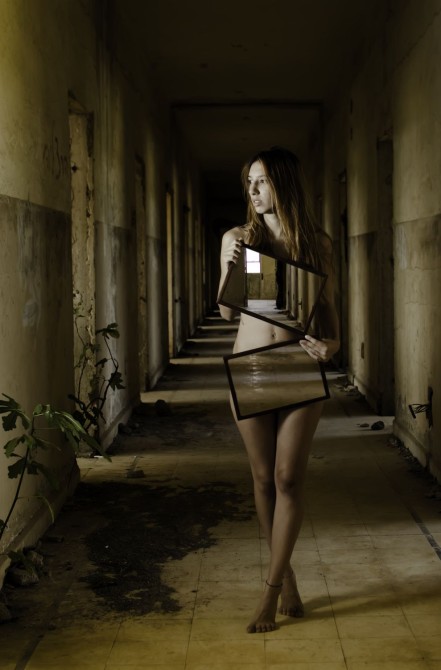 After uploading the photo to my Facebook page, I was overwhelmed with positive feedback which encouraged me to continue and explore this technique.

I started collocating frames like a madman. (and by collecting I mean picking up frames from dumpsters :) it turns up that many people throw perfectly good frames away. 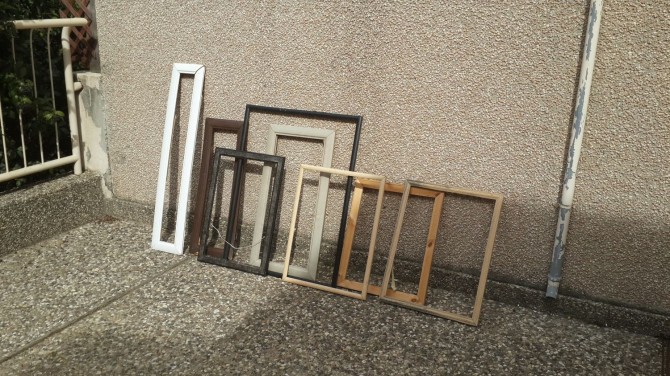 With more frames (and more artistic options) I started experimenting with more complex photos, like this one which is made from three separate photos – two for the models and one for the background. (It was incidentally shot in the same abandoned military base). 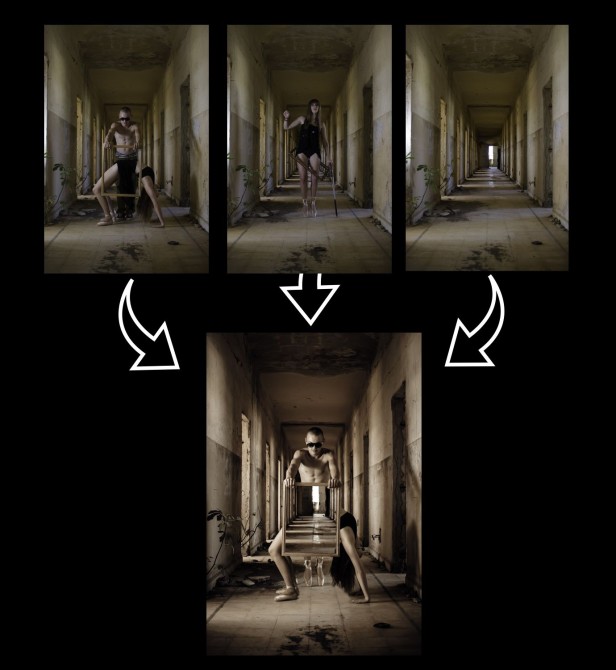 As I evolved the photographs got more complex and so was the editing. I learned that it is harder to edit the final composition when there are element in front of the frame, like in this photo. 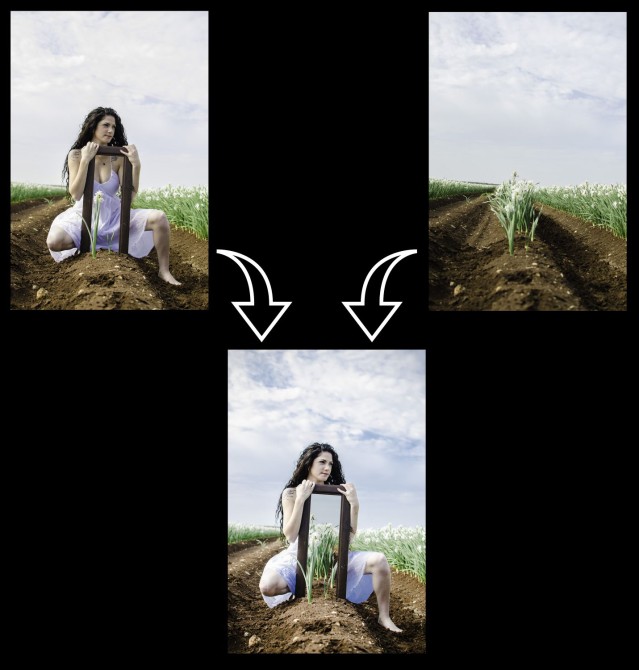 Here is a breakdown of the technique I am currently using. I am going to explain it with a photo I took for the album cover of a talented pianist – Alexandra Bakman.

I wanted to triple the effect, so I took three separate photographs.

To align the photos I used a crude method of taping the LCD with some Nylon bag and used a sharpie to plot the location of the frame. This way I could direct Sasha to stand “inside” the frame from the previous photo. 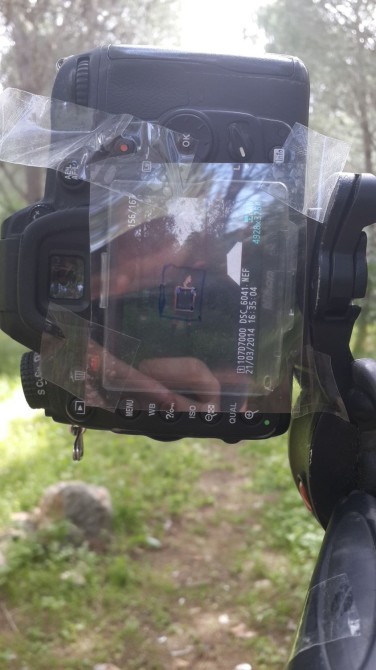 After a light Lightroom edit I imported the photos into photoshop as separate layers and aligned them by selecting Edit->auto align layers. 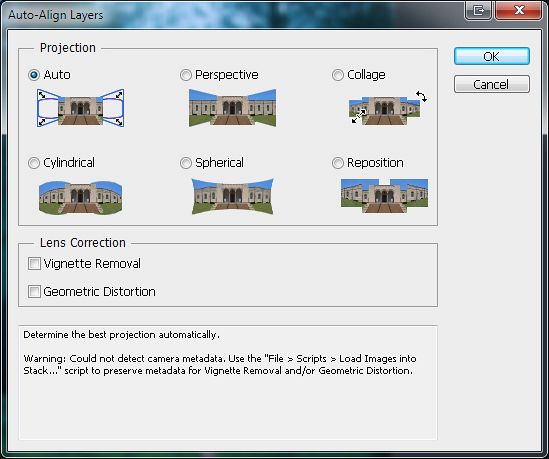 Unless something went terribly wrong, the automatic option usually does the trick. One weird thing I noticed is that even though I shot with the camera mounted on a tripod, the frames were not perfectly aligned. It may have been my shutter-finger slightly moving the camera, or the sharpie doing a similar thing. 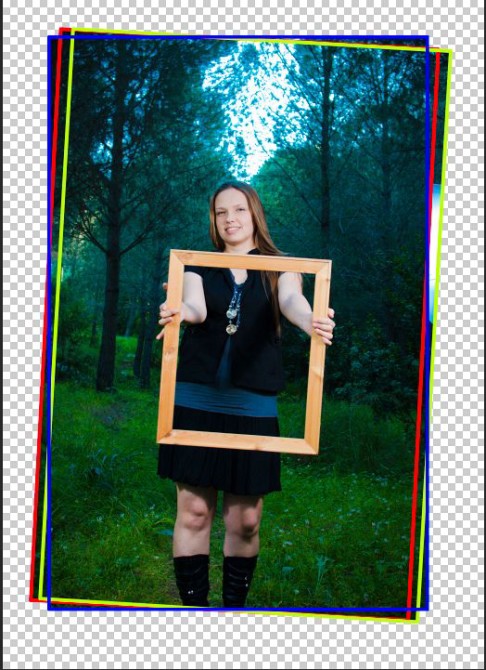 * note: if your first photo is a background layer, you need to double click and “OK” so photoshop can rotate it.

The following step is a simple masking of the photo and blackening the inside of frame that I want to make transparent. While this is usually trivial, you need to be careful not to “chop” any fingers off.

This is the final composite: 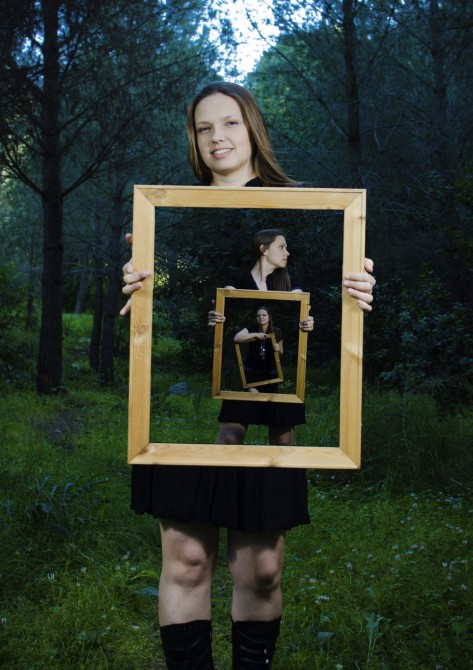 So now, I have some new pieces of gear in my kit – Nylon, tape and a sharpie. 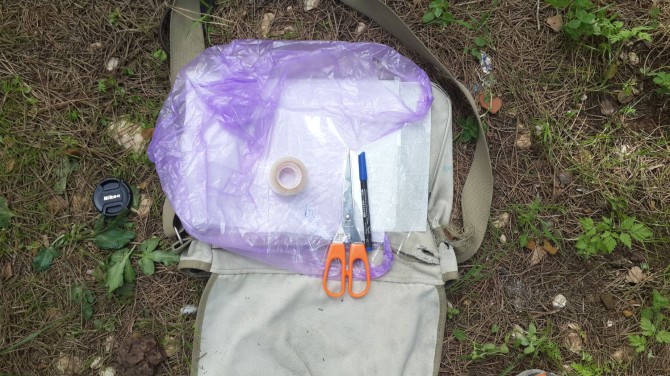 Actually, we did do one photo where we did not use any frames at all, this is the photo of Anna taking pictures, that is if you don’t consider the shape that her body creates a frame 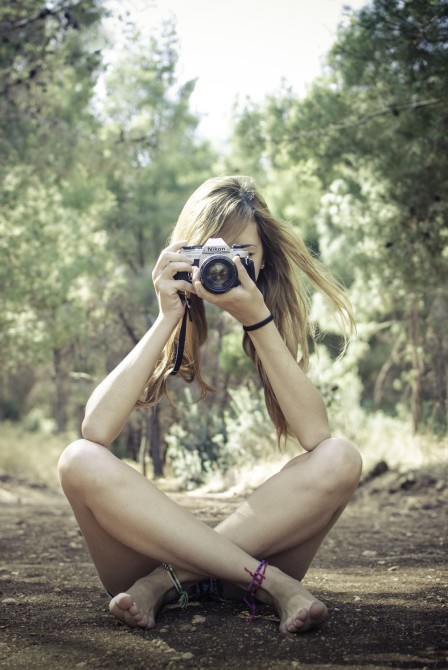 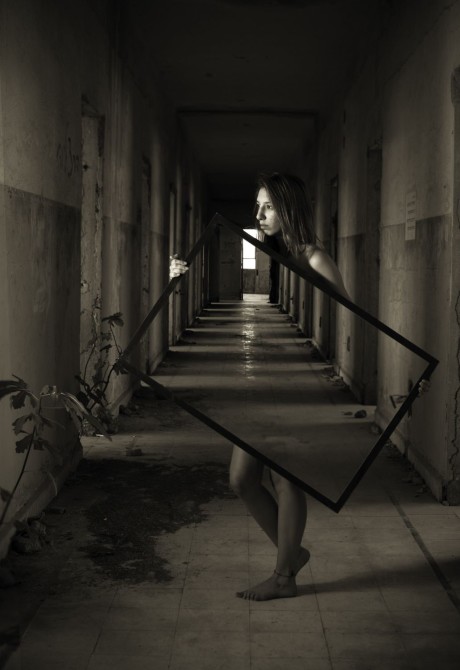 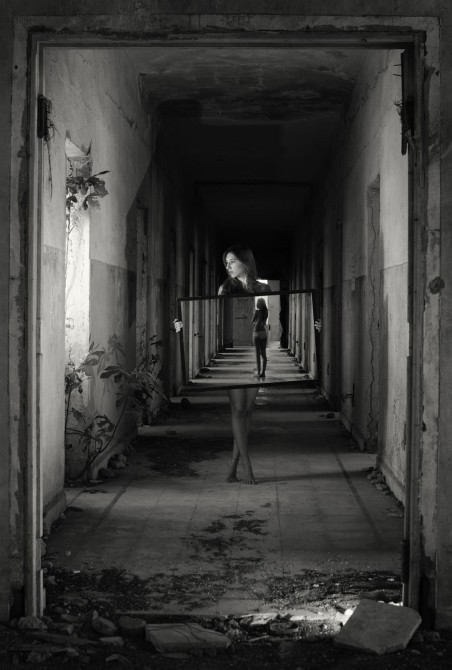 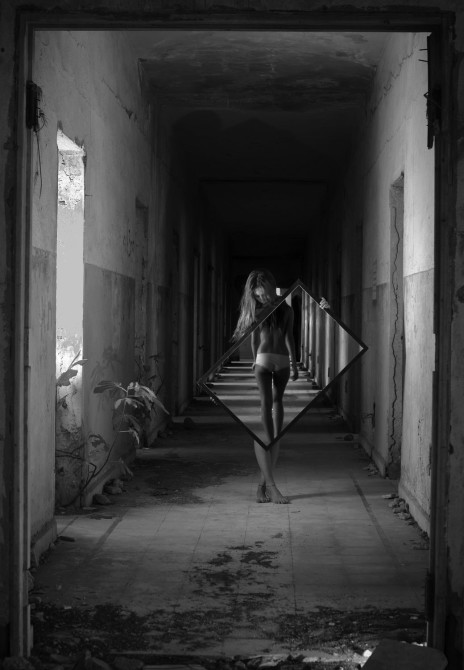 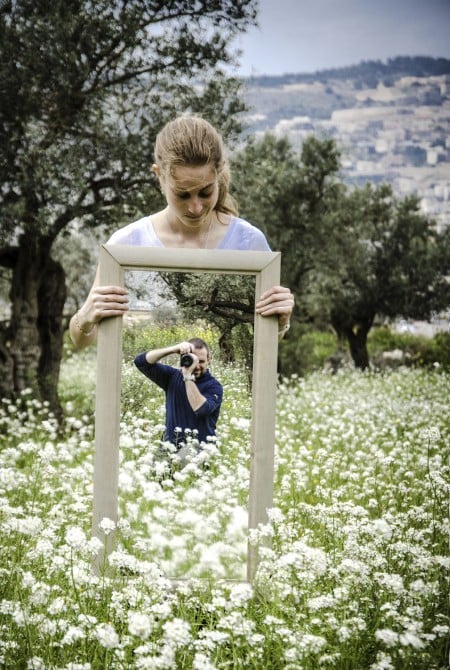 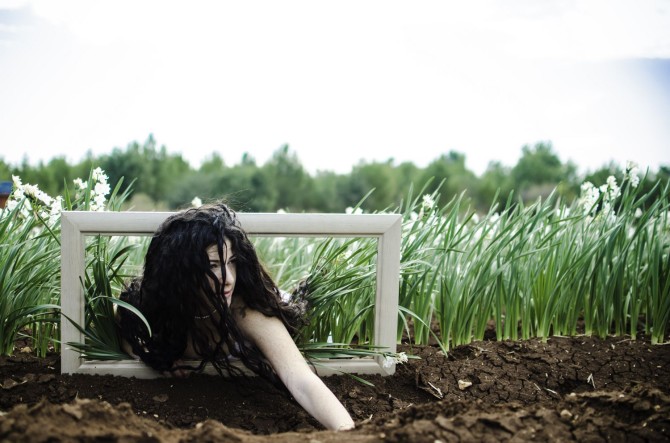 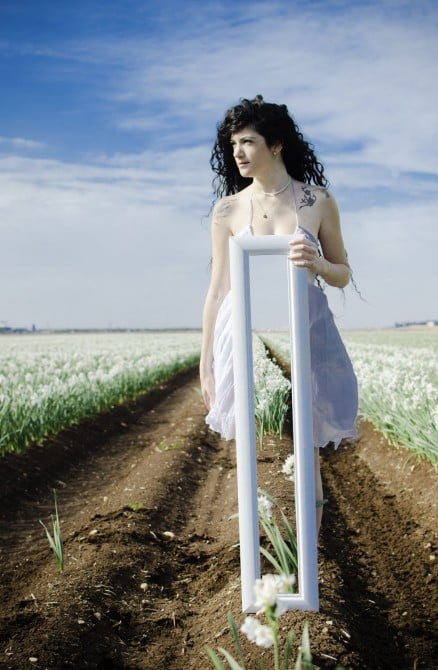 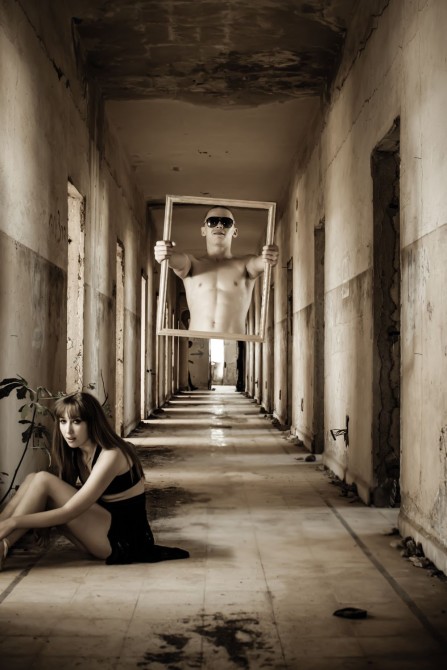 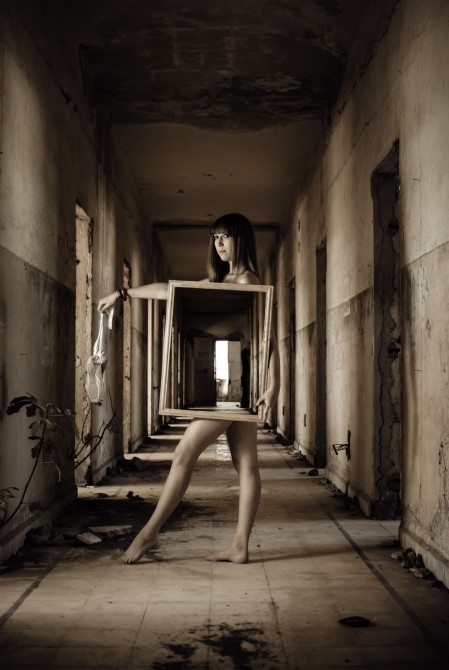 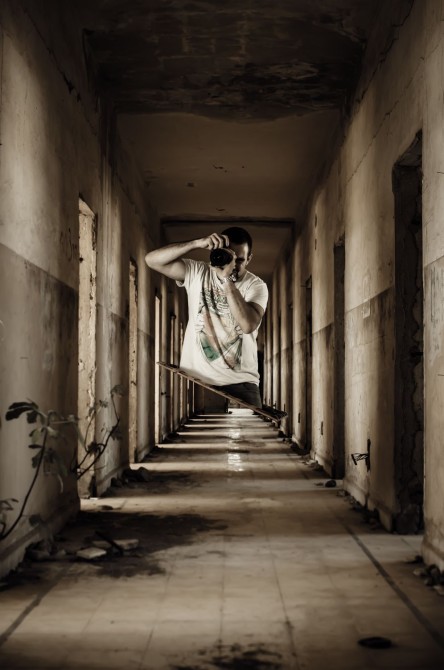 “I framed and hung Photoshop 2.5 – It’s only four floppies”
« How To Photograph Darth Vader With The Spiffy Gear™ Light Blaster
Photography From The Future: Tiny Camera Sensor May Equipment Anything And Everything With A Camera »