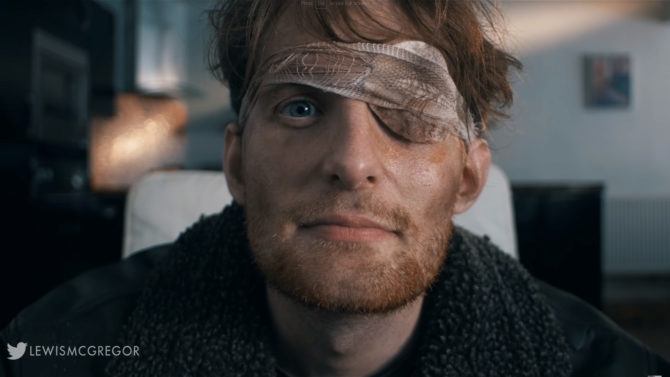 It’s a difficult technique to master, and almost impossible if shooting on your own. You have to move the camera, adjust the zoom of the lens, and try to keep your subject in focus all at the same time. This video from Lewis McGregor shows a technique to create a similar effect without doing any zooming whatsoever. But, there is a caveat. It won’t really work if your camera only shoots 1080p.

The basic process is simple. Set up your camera on the dolly, then frame up your subject. If you’re starting close, just hit record and dolly back. If you’re starting long, hit record and dolly toward your subject. The only thing you have to worry about is keeping them in focus as you move. Even just keeping focus while the camera moves can be difficult to master, but with practise you’ll get there.

Then, once you have the footage on your computer, you simply keyframe the scale and position of the footage to keep your main subject the same size in the frame throughout the sequence.

The video above shows this technique being used in Adobe After Effects, but you could easily do this in Premiere Pro, Final Cut Pro, or any number of other editing or effects applications.

The video does mention that you’ll want a higher resolution camera. Of course, you can get this technique to work if you’re shooting 1080p, but the footage will break down once you start to scale it up. With the number of cameras now shooting 4K video, it’s not an unreasonable expectation. For many that are shooting in 4K, they’re still scaling down for 1080p projects anyway. So, you’re not really losing anything.

Some may say it’s cheating, but things like this are the reason 6K and 8K cameras are becoming such a big deal in Hollywood, even though they’re outputting the final movie to 4K. It gives them more latitude in post to do effects like this, or image stabilisation and other techniques.

Also, it’s still never going to give the exact same look as a fully organic dolly zoom captured in-camera. So, if you do yours the old fashioned way, you can still feel proud.

What are your favourite examples of the dolly-zoom technique used in movies? Have you tried it yourself? Was it successful? What tips can you offer for those who want to do it in-camera? Do you have another method for doing it in post? Let us know in the comments.