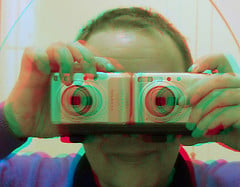 The following detailed (but not too lengthy) tutorial that shows how to make 3D red and blue images was written by David Cooper.

Those 3D images look great when viewed with 3D glasses, especially when mixing that with the sliced floating fruit technique, such as the ones on this post.

You will first need to take the images, whether its of a person, cityscape its up to you, but as long as there’s not too many moving subjects within the frame so not to mess up the 3D, ideally your subjects need be as stationary as possible for this to work.

If you are doing this hand held, take the first photo, then take a small side step to your right (a couple of inches), keeping the camera with you in the same position and take another one. (One way of nailing the distance if to lean on your right leg for the first image, and on your left leg for the second image). Each image acts as the left and right eye for the 3D effect.

It is kinda the same if you are using a tripod, all you need to do is edge it over to the right a few inches and take the second shot.

For this post I am going to use two images that I took a while ago, as an example.

Once you’ve taken the shots, its time to drop them into Photoshop so we can start the editing. 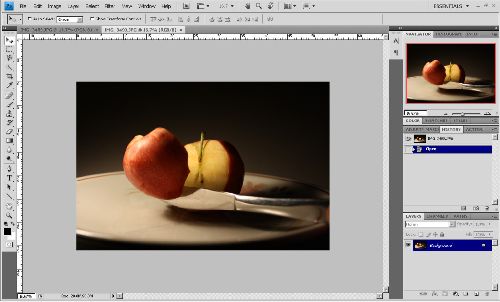 Now that both your Left and Right images are open in Photoshop, you now need to send or copy across the Right eye image over so it’s overlapping on the Left eye image, on its own separate layer. 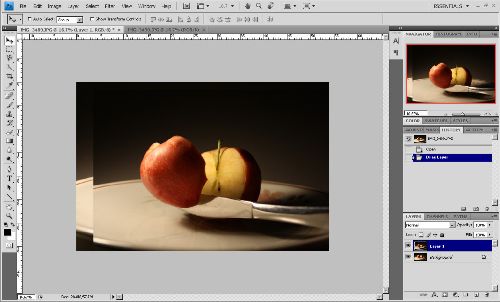 This is the part where you can choose whether you want to desaturated the images to turn them black and white, or you can leave them in color. For this post I have chosen to desaturated my images, as the red apple skin was distorting the effect.

With your right eye image which should now be the top layer selected, double click on its layer image that’s highlighted blue and the ‘Layer Style’ window should popup in front of you. 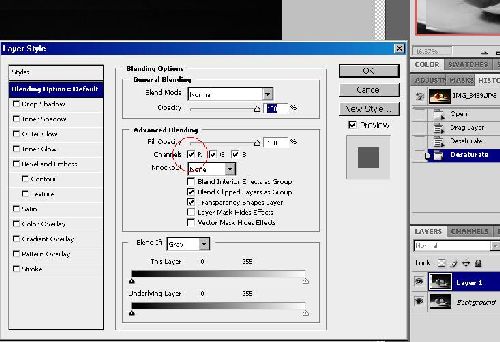 In the ‘Layer Style’ window you will see a couple of sliders and some box’s with ticks in them, go ahead and uncheck the box that has the ‘R’ for red to the right of it, and then click OK. 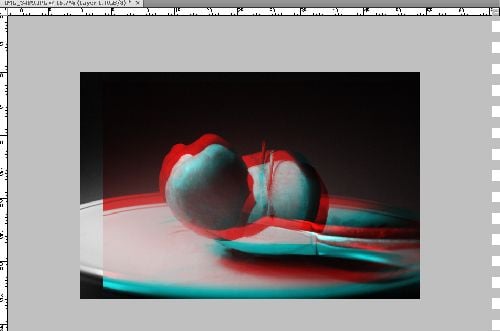 Now you should be left with your image looking just like a 3D photo, but there is just a few more bits we need to do before it’s finished. With the ‘top layer’ still selected, you need to move the image around and align both of the images so that they are nearly overlapping each other, but you need to choose an area or subject to align them both to, for instance on my example I aligned both images over the stalk of the apple.

Once you’ve done that, all that needs to be done now is to crop out any loose edges from the image on the top layer, which is showing up over the bottom layer. 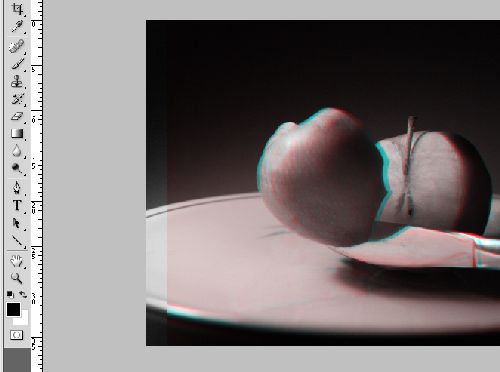 And that’s it, you should now have a 3D anaglyphic image that can be viewed with the 3D glasses. I have included a few of my other 3D images just to keep your imaginations going. 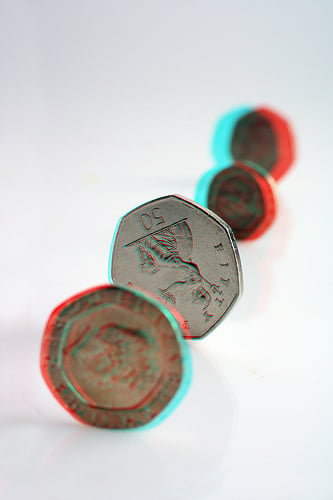 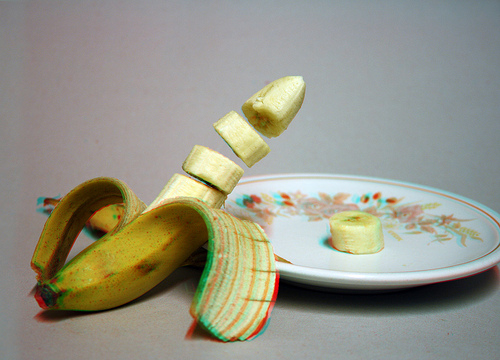 « Poll: What Is The Most Important Item In Your Photo Bag?
Bag O’ Goodies Assignment – Sports »