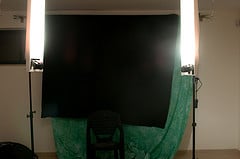 After reading David Hobby’s post about rim lights, I decided that I wanna have a go myself.

In spite of David Advice, I went with strip lights. Made from an electrical racer. I did push them a bit more then on that post though.

Since I was not using a real “store bought” strip light I wanted to see how far I could push the light down the racer in a way that still produces good light through the diffusion screen. (Or actually, up the racer, since my flash was set on the bottom).

I placed the flash on the bottom of the racer and popped a few shots. I got nice blow out up to about 70cm. So that was the length of the strip light. From here the build starts.

Measure 78cm of the electrical racer and mark it. Measure 80 cm of the racer and make a second mark. (this is where you’ll place your corner tie later on).

Last, make another mark at 69cm. (This is where you’ll drill holes for the bungee cord).

Now cut at the 80cm mark so you are left with a 80cm piece of racer. 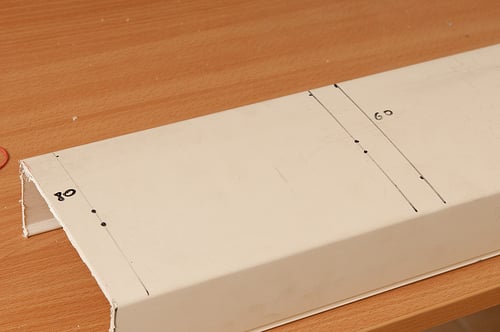 Place the corner tie on the middle of the 78cm mark and mark the location of holes. 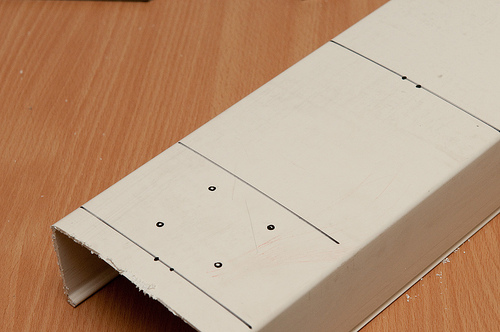 remove the tie and drill 4 holes where the marking are. Replace the tie and use the pop river gun to pop, pop, pop the tie into place. 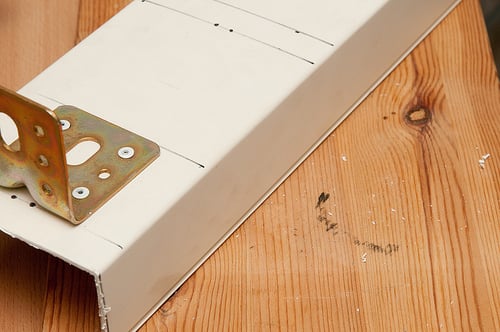 Now place some foam tape over the rivets. This will accomplish two goals: 1. It will protect your flash from the rivet heads and 2. it will create friction for so the flash wont slide. 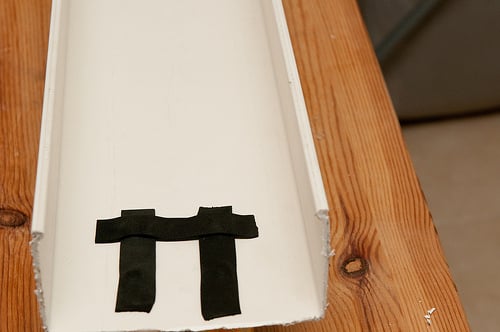 drill two holes on the 69cm mark, about 2cm from the edge. The distance between the holes should be about as wide as your strobe. 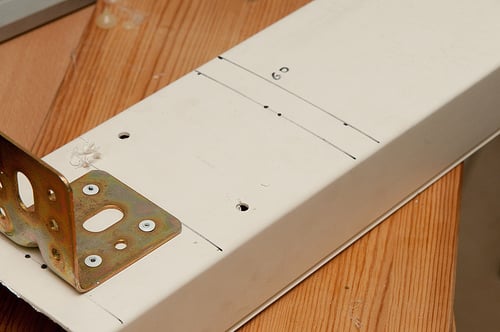 Flip the racer on its back and thread a bungee cord through one of the holes. Thread the other hole and lock the bungee cord. 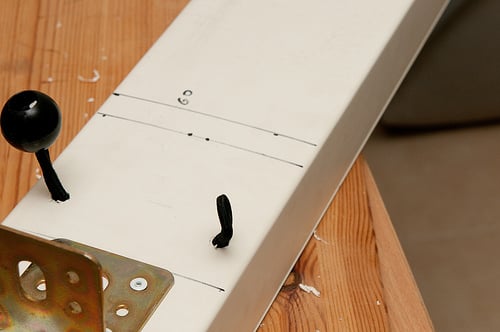 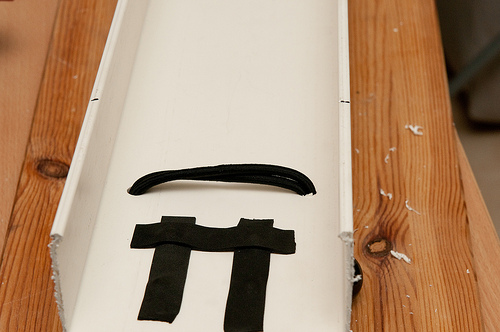 This is ,by far, the easiest part, wrap the sheet of whatever you’re using over the racer and hold it down with two rubber bands – top and bottom. This is it, you’re done. 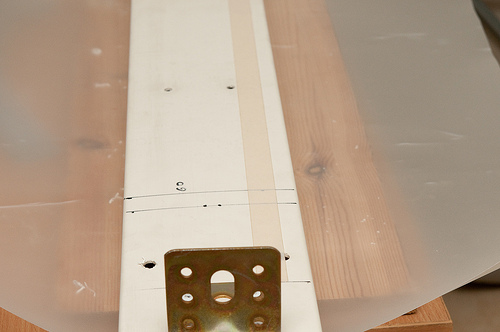 This is where lots of DIY modifiers fail. At the mounting step. Luckily the tie that I used has a big hole in the middle that sits right on the stud of my lightstand, with the aid of the female stud that came with the swivel. 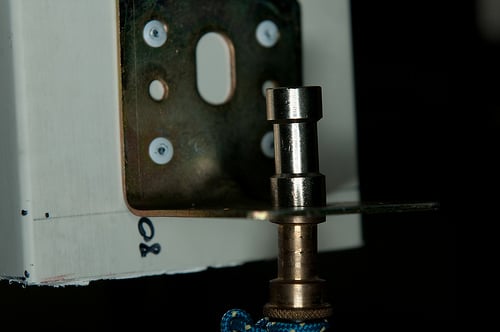 I was pretty much doing the same setup that David had in his post: grid for main, ringlight for fill (I wish I could tell you which ringlight but then I’ll have to kill ya’ all) and two strip lights at the back. 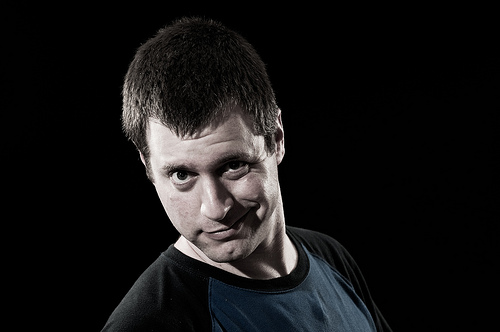 And here is the same picture only with strip light off 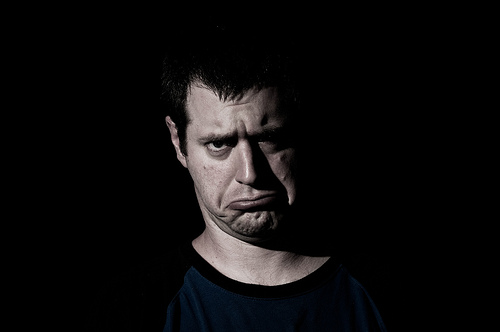 The entire project took like one hour / $10 and was definitely worth the time and money invested.

Endlessly Power Your Flash Lights With A Flashlight

From Paper To RingFlash In Few Easy Steps